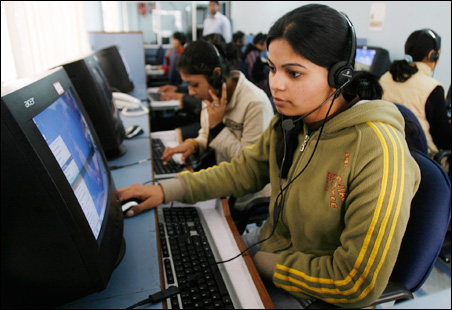 It’s a confluence that stokes thoughts of high-tech terrorism: In three separate instances over three days, four undersea cables carrying the world’s Internet traffic are cut or disrupted, all off the coasts of Middle Eastern nations. The most recent incident, reported over the weekend, disrupted links between Qatar and the United Arab Emirates (UAE). It followed on the heels of a Wednesday outage that blacked out much of the Middle East, horn-of-Africa nations and Bangladesh, while significantly slowing traffic in India.

In today’s interconnected world, these cables — which carry far more traffic than satellite alternatives — are the fiber-optic linchpins of business and society. Even in America — less at risk because much of the Net’s content is generated here — any company with an Indian call center had to be sweating Wednesday’s reports.

What caused the outages? No one knows
No one knows why the cables went dark; early reports after Wednesday’s two-pronged outage five miles off the Egyptian coast blamed an errant ship’s anchor, but over the weekend, the country’s Ministry of Communications declared that no vessels were present at the time. In the latest incident in the UAE, ArabianBusiness.com cites “unofficial” reports of a power system failure.

In an information vacuum, theorists are having a field day — and some turn the terrorism suspicions back at the United States. According to the British-based Mathaba.net, “the only two countries that were unaffected were Israel and Iraq, the only two close Anglo-American allies in the region, both remaining completely unaffected by the cable cuts, leading to theories for the causes of the cuts.” Another Mathaba correspondent cites statistics showing that Iran was completely cut off by the outages. “Can you say wiretap?” asks Mark Parent on the Crimes and Corruptions of the New World Order blog.

In the absence of evidence, it’s impossible to prove any theory wrong at this point, but a correction and a caveat are in order. Israel and Iraq weren’t the region’s only unaffected countries; so was Lebanon, which shares the same uncut cable as the other two nations. And Iran may be fine, as well — no major news service has reported that country’s outage. One correspondent slams bloggers for relying on data from a single site’s disabled router, noting that pages throughout the nation are being served up just fine.

As for a global threat, it may be overblown and waning. The Economic Times of India said the outage in that nation “left only a limited impact for businesses.”

According to the site, “The twin cable breaks in the Mediterranean robbed India of about 1.4 terabits of bandwidth. This was less than 10 percent of what India could tap from its existing connections. Compare this with a similar cable break in December 2006, when an earthquake in Taiwan region, cut off 20 [terabits]. That time, thankfully, it was on the eastern side and the India’s traffic towards the U.S. and Europe was not affected.”

The user outcry was legitimate, the Economic Times adds: “The real sufferers during cable breaks are the individual Internet users. Their connectivity is low priority for many [Internet Service Providers] who derive much of their profits from companies. The benefits of dynamic rerouting don’t come free. Large users pay a premium fee to make sure cable cuts don’t stop their traffic. For the small guy, a cable break could lead to disconnection or sluggish download speeds. Despite ISP claims, the small guy took a big knock during last week’s problems.”

Old cable system vulnerable but rapidly being upgraded
While the cables are unimaginably effete — the Economic Times notes that one of Wednesday’s broken links is 24,000 miles long and just one inch thick — more are being laid every day, further billowing out the “hydra-headed” redundancies that allow individual data packets to be rerouted around even the most serious breaks. New cable construction should help to prevent such outages in the future; Alan Mauldin, research director of the Internet firm Telegeography, says that “many new cable systems are slated to enter service between Europe and Egypt in the next few years.”

India has 18,000 times the bandwidth it had a decade ago, giving ISPs a simple (if not free) solution: Buy capacity on more than a couple undersea backbones. However, vulnerabilities will remain for poorer users and lower-tech nations whose limited bandwidth isn’t diversified among multiple routes.

For maps and data on the Jan. 30 event, check out this.