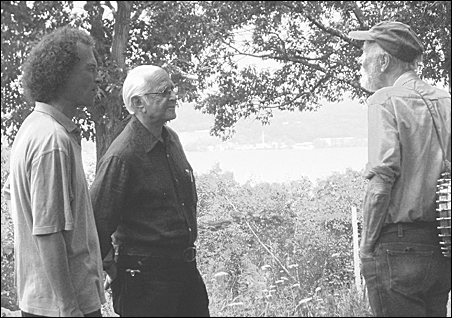 Eigen has a special interest in the subject: He spent years encouraging the 80-something artist to consent to the making of “Pete Seeger: The Power of Song,” a fond and deeply touching biographical documentary Eigen co-produced with award-winning director Jim Brown.

Following its acclaimed run at film festivals and art houses, “The Power of Song” airs Feb. 27 on PBS as part of the network’s “American Masters” series. A trailer can be found here.

“I would agree,” says Eigen of the book’s assertion that Seeger “deserves the same deep respect we give Elvis Presley and Louis Armstrong.”

But Eigen says Seeger did more than make music.

“Obviously they’re speaking in musical terms,” says Eigen. “Yet the interesting thing about Pete is that he has been so much more than a musician. In fact, he has been at the forefront of every important social movement in the United States since the Great Depression. He galvanized protest of the Vietnam War. He organized labor unions. He fought the communist witch hunt of the ’50s and paid a steep price for it. He’s been butting his head against the norm for many decades.”

‘Heckuva guy’
Like the film, Eigen doesn’t aim to moderate his abiding affection for Seeger. “He’s a heckuva guy. I hate to put it in such familiar and mundane terms, but there it is.”

Seeger might well prefer recognition as a “guy” to any other designation. The movie makes clear that this begrudging old celeb — beloved by Bruce Springsteen, the Dixie Chicks, Joan Baez and Arlo Guthrie — is chiefly a man of the people.

More often than he’s onstage or in the studio, he’s in the woods drawing maple syrup and taking his legendary axe to trees, or standing on the picket lines with antiwar activists. His 1949 song “If I Had a Hammer” — with its driving lyric “I’d hammer in the morning/I’d hammer in the evening/All over this land” — isn’t far off in describing Seeger’s justice-minded work ethic even to this day. He’ll be turning 90 soon.

“I bugged him for a few years,” says Eigen with a smile. “Pete said, ‘I don’t want a film about me. You can do it when I’m dead, but I don’t want the notoriety.’ He’s incredibly modest. I kept saying, ‘We’re here. We want to do this. It should be done. Your voice should be heard. The example of your life should be shown.’ Finally he gave in — not because of anything I had said, really, but because he was so fed up with the politics of today. He felt his story might be an antidote to the times. That’s what tipped the scale for him.”

At first glance, “The Power of Song” appears a standard-issue Great Man hagiography with its mix of archival footage and celebrity talking heads delivering the straightforward narrative of an artist’s struggle and ultimate, enduring triumph. 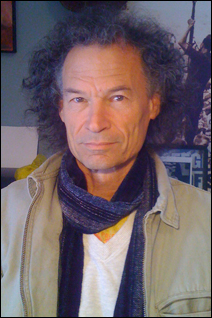 In the spirit
But the uncommonly gentle rhythm and tone — clinched by repeated pastoral scenes of old Pete toting syrup jugs at a turtle’s pace, his manual labor on acres of upstate New York land appearing as notable as his mile-long list of musical achievements — are proudly in the spirit of Seeger’s “Kisses Sweeter than Wine,” written for his wife Toshi.

PBS and HBO waged a bidding war over the film’s broadcast rights (a “beautiful thing,” says Eigen), though YouTube and MTV haven’t infiltrated its laidback style by so much as a pixel. A self-described “planter of seeds,” Seeger belongs to another era and so does “The Power of Song.”

Perhaps Eigen, who speaks skeptically of the digital revolution even while twiddling an iPhone, is from another time, too. (The rear bumper of his Grand Jeep Cherokee is packed with brightly colored peace symbol stickers.) Although the St. Louis Park native graduated from the University of Minnesota in the turbulent late 1960s with a specialty in filmmaking, he didn’t produce a feature for more than 30 years.

“I was busy in college, trying to make crazy little experimental films and stay out of Vietnam, participating in the protests at Honeywell,” he says. “After that I just sort of went out and traveled through the underbelly of the world for a long time. But I always kept film in the back of mind.”

The year 2004 brought the release of Eigen’s first work as co-producer, “Isn’t This a Time!,” a film about the folk star-studded Carnegie Hall tribute to veteran music producer Harold Leventhal — “another guy I had bugged for a couple of years,” jokes Eigen.

That the late Leventhal had been closely involved with Seeger ever since their days in The Weavers didn’t hurt Eigen’s chances in getting “The Power of Song” made. Or to do it on his own somewhat Seegerian terms, staying based in Minnesota just as Seeger hangs around his bucolic land in upstate New York, far enough from bright lights.

“Needless to say I do have to travel a bit,” says Eigen, who’s currently finishing a documentary film about Harry Belafonte. “But if you can take the meetings, if you can schlep when necessary, then yes, you can live here and work in this business.

Seeger, hammering from dusk until dawn in his own private hinterland, would no doubt approve.

Rob Nelson, a member of the National Society of Film Critics, can be reached at rnelson [at] minnpost [dot] com.