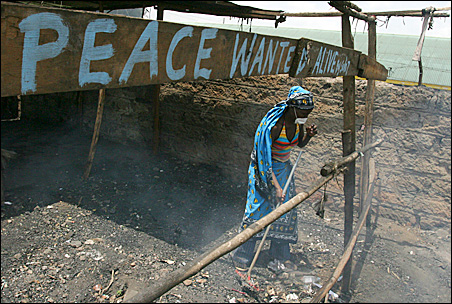 The nightmares haunting Julia Opoti are one of many repercussions hitting Minnesota residents in the wake of violence that erupted in Kenya after a disputed Dec. 27 election.

Beyond the thousands of Kenyans who call Minnesota home, immigrants from other East African nations — Somalia, Ethiopia and neighboring countries — are phoning relatives back in Africa, scrounging for provisions to help displaced friends and clinging to news from talks aimed at ending the violence. More than 20,000 people from Kenya, Somalia and Ethiopia have moved to Minnesota within the past 15 years.

Hospitals in Kenya have been overwhelmed with rape victims since the election results set off rioting and bloodshed, the United Nations reported.

From afar, Opoti had seen reports of rape used as a weapon in Bosnia, Liberia and other war-torn countries. It has shaken her to the core that the stage for such horror now is Kenya — where she grew up in a secure middle-class setting.

“I don’t sleep much,” said Opoti who lives in St. Paul. “There are nights when I will sleep for two hours then wake up … .  The first thing I do when I wake up is Google Kenya.”

Deep-rooted problems
Despite occasional political flare-ups, Kenya had been an island of security in East Africa, where upheavals in other countries have sent refugees fleeing to Minnesota.

“With volatile neighbors like Somalia, Ethiopia and Sudan, Kenya has been considered relatively stable and even a model of democratic and economic development in the region,” Sen. Russell Feingold, D-Wis., said last week before the Senate Foreign Relations African Affairs Subcommittee, which he chairs.

Many Somalis and Ethiopians, for example, lived in refugee camps in northeastern Kenya before making their way to Minnesota. Many international aid organizations used Nairobi as a base for distributing food, medicine and other aid throughout the region. 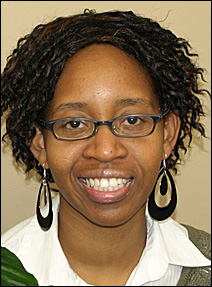 “By many accounts, the situation in Kenya could still get much worse, and is beginning to have negative repercussions beyond its own borders,” Feingold said.

Former U.N. Secretary General Kofi Annan has engaged opposing Kenyan leaders in intense negotiations to resolve the crisis. The talks adjourned for the weekend Thursday, and Annan is scheduled to make a statement Friday on any agreement reached so far. But the damage is so extensive and the passions so hot, observers say, that Kenya will remain volatile even with an agreement.

Minnesotans with a wide range of African backgrounds worry that if Kenya collapses into civil war, their loved ones and homelands will be in jeopardy.

One worry is that masses of Kenyans will flee across borders, and their needs will overwhelm their poorer neighbors, said Abdi Samatar, a University of Minnesota geography professor who is from Somalia.

A deeper worry is that ethnic tension sparked in Kenya also will spill across borders and ignite violence in the other countries, said Samatar, who is an expert on ethnicity in the Horn of Africa. Groups that fled tension in Somalia, Ethiopia and Uganda have ethnic ties in Kenya and could be sucked into the spiral of revenge and reprisal that has sent more than 300,000 Kenyans running from their homes.

Politics and conflict
Samatar stresses, though, that ethnic hostility did not cause Kenya’s conflict.

“The trigger is a political conflict rather than an ethnic one,” Samatar said. “But the danger is that it has polarized the country in such a way that it could get translated into ethnic conflict … . It is important to understand the line of translation.”

The December election had pitted incumbent president Mwai Kibaki’s party against an opposition led by Raila Odinga. High hopes for the democratic process drove a record voter turnout. Initial tallies had Odinga leading, but that changed in a final count which observers have said was rigged. 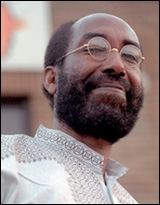 Courtesy of the U of M
Abdi Samatar

News coverage of the chaos that erupted has portrayed, Kibaki’s Kikuyu tribe pitted against ethnic groups loyal to Odinga, a Luo. But the picture is far more complex, with police instigating or at least permitting attacks and gangs organizing to assert control over Nairobi’s slums and stretches of western Kenya.

In the Minneapolis office of his publication, African Path, Joshua Wanyama is trying to help sort through the chaos. Wanyama grew up in Nairobi and came to Minnesota to get a degree in architecture from the University of Minnesota.

Connecting with bloggers in Kenya, Wanyama has pitched into an effort to document the violence. The group invites Kenyans to report incidents via the Internet and cell phone text messages. Wanyama and other volunteers then seek to verify the reports through news accounts, government sources and aid groups working in conflict zones. They use Google mapping to show where outbreaks occur, and compile the information on the website Ushahidi.com.

Wanyama sees the project as a way to jump start a truth and reconciliation process, something that took years to launch in other conflict-torn countries.

Wanyama believes the picture that will emerge from the evidence is that the election results ignited a long-simmering class war. While Kenya’s economy grew at an impressive 6.1 percent in 2006, more than half the people live in poverty.

“The poor are trying to get a better life,” he said. “They keep hearing about economic progress, but they don’t see any economic progress. … So there was a lot of disillusionment.  When they saw the election was stolen they started fighting to try to get something better.”

Ethnic differences that dominate news reports are an effect, not a cause of the violence, he said.

“That whole tribal thing didn’t mean anything to us,” he said. “For the generation of our parents you could definitely say it’s been important to them, but not to the young people.”

Tribe-against-tribe violence
Julia Opoti also spends her days trying to help Kenya recover. She came to Minnesota nine years ago, graduated from Metropolitan State University and got a job as an assistant editor for Mshale Communications.

Opoti and her brother recently started a web publication Kenya Imagine, intending to serve business and economic interests of Kenyans around the world. Now Opoti is throwing the website and other resources into an effort to lift Kenya from its post-election wreckage.

Tribe-against-tribe violence makes no sense to Opoti who comes from an ethnically-mixed family. “I was raised as a Kenyan, not someone loyal to a particular tribe,” she said.

As a child, Opoti divided her time between two places that now are scenes of some of Kenya’s bloodiest violence.

Odinga’s ethnic group, the Luo, were predominant in Kisumu, where Opoti grew up.  But her private school classes were an ethnic stew where kids mingled — and, eventually, married across tribal lines.

To be sure, there was tension. Opoti compares it to friction between different races in the United States. But there also was ample common ground.

“We all learned the same history,” she said.

Opoti also spent a good share of her spare time staying with relatives in the Rift Valley where white settlers once claimed the productive farmland but gradually sold out to Kenyans. Most often, it was better educated and more affluent Kikuyu — Kibaki’s ethnic group — that could buy the land.

Opoti cherishes sweet memories of Rift Valley days — waking to the chirp of the weaver birds, drinking breakfast tea with fresh cows’ milk and relaxing under the red flowers of the “bottle brush tree.”

Now, though, nightmares are chasing away the memories.

In the Rift Valley region, post-election violence erupted overnight, apparently in retaliation to Kibaki. Almost every Kikuyu home has been destroyed and hundreds of people killed — some burned alive in a church where they sought refuge, according to news reports.

The other shoe dropped in Kisumu, where the Associated Press reported that vigilante gangs armed with machetes and stones have killed, looted and burned people alive.

“No Kikuyu-owned shop or business remains open — all have been smashed, looted and burned … stripped even of their corrugated iron roofs,” the report said. “Now that the town has been emptied of Kikuyus, gangs are looking for new targets.”

The victims included the family of Opoti’s friend, who lost a brother-in-law and a hardware business.

“They were not political. All they did was sell hardware,” Opoti said. “How are you going to tell people like them to move back to central Kenya?”

“I don’t understand how on Day 1, when violence broke out, they still held to their hard lines,” she said. “They are like two little kids who are fighting over a toy. They break the toy, and they keep on fighting.”