The stem cell debate is flaring again at the state Capitol where the House is poised to cast votes that will set up a litmus test for incumbents in this election year.

The House narrowly defeated a Republican measure Thursday that would have shut down research in Minnesota on stem cells derived from human embryos, even under conditions approved by the White House and the National Institutes of Health.

Now the stage is set for final House action, as early as next week, on a DFL-sponsored bill that would allow state funding for research on the cells. The Senate passed a similar bill last April on a 36-26 vote with all Republicans and four DFLers opposing it.

Gov. Tim Pawlenty threatened to veto the bill last year. As it began moving through House committees this February, the Republican governor sent a letter to every member of the Legislature, restating his opposition.

In the letter dated Feb. 21, Pawlenty said stem cells taken from adults rather than embryos create “ample opportunity to work toward lifesaving cures without crossing moral and ethical boundaries.”

Rep. Phyllis Kahn, DFL-Minneapolis, threw those words back at the governor in her own letter telling him, “We will not be able to maximize the potential of adult stem cell science without the full utilization of embryonic stem cell science.” Kahn is the chief sponsor of the bill awaiting House action, and Sen. Richard Cohen, DFL-St. Paul, sponsored the Senate version. 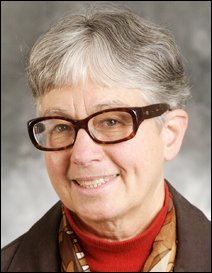 Cloning vs. curing
Meanwhile, outside government offices, the debate is ramping up. Minnesota Citizens Concerned for Life called on its supporters this week to combat “the deadliest bill Minnesota has ever seen” by urging representatives to vote against “the Kahn cloning bill.”

In its website alert, the MCCL said: “This legislation would specifically permit the University of Minnesota to destroy living human embryos for experimentation and to clone and kill human beings — and use taxpayer dollars to do so.”

The bill would make it a felony to clone a human being. But it would allow so-called therapeutic cloning in which a patient’s cells are coaxed to an embryonic state where they regain the potential to create all of the body’s different tissue types. The hope is to steer them toward making tissue for transplantation. In theory, rejection should not be a problem because the tissue would come from the patient’s own cells.

The debate has pitted the MCCL and its allies against advocates for patients who have a stake in the research. People with Parkinson’s disease, diabetes and other ailments testified for the bill in hearings last year. While cures may be years away, many patients see stem cells as their best long-term hope.

When scientists first isolated and cultured embryonic stem cells in 1998, they opened discovery into the pathways by which a few microscopic cells grow into the complex human body with all of its highly specialized parts. Now researchers world-wide are solving mysteries of how cells mute some genes while turning on others to form a beating heart, blood, skin and all of the parts a body needs. Their goal is to learn to replace defective cells and even whole organs.

Eventually, scientists predict the studies also will unlock darker secrets of what happens when something goes wrong, when diseases start and grow.

But because embryos, donated from fertility clinics, were destroyed to create the first lines of stem cells, the research has been dogged by controversy. Opponents are promoting research on cells from adults, something scientists say also has potential but has been more difficult to develop than the naturally versatile embryonic cells.

A test vote
The bill at issue would establish a state policy sanctioning research on both adult and embryonic stem cells as long as patients who donate embryos for the studies consent in writing. The research would need to be approved by review boards at appropriate institutions. The bill would allow the University of Minnesota to spend state funds for the research, but it does not provide any funding this year.

On Thursday, Rep. Tom Emmer, R-Delano, proposed a substitute to Kahn’s bill which would have banned the use of any stem cell obtained through the destruction of an embryo and also banned human cloning in any form, including therapeutic cloning.

In floor debate, Kahn said Emmer’s version of the bill would “move Minnesota out of this area of research far beyond any other state in the country  … beyond where President Bush would like us to go.”

After Emmer’s version was defeated, 68-62, the MCCL charged in a statement that House members had chosen “to treat human life as mere raw material for experimentation.”

MCCL spokesman William Poehler said in an interview that some pro-life House members had missed the vote Thursday and could make a difference when Kahn’s bill comes back to the floor.

Kahn said she is confident she has enough votes to pass her version of the bill but probably not to override a veto.

New approaches
In his letter last week, Pawlenty didn’t mention a veto. He argued for following a new approach that came to light in November when scientists in Wisconsin and Japan reported they had reprogrammed genes in ordinary skin cells to create the equivalent of embryonic stem cells.

Many scientists agree that the breakthrough could lower the need for the embryonic cells. But it may be years before the reprogrammed cells are ready for practical use. And their development depends on the embryonic versions. They form the gold standard against which the new cell types will be measured.

The University of Minnesota is setting up technology to work with the reprogrammed cells, said Jonathan Slack, director of the University’s Stem Cell Institute. Meanwhile, research continues on both embryonic and adult stem cells.

Since 2001, the United States has banned federal funding for research on all but a few lines of embryonic cells. Thus Minnesota scientists face tradeoffs over limiting their research or losing major funding. California, Wisconsin and several other states subsidize embryonic stem cell research, putting their scientists at a competitive advantage.

Even though the Minnesota bill doesn’t provide new funding this year, Slack said, “It would be good news if they passed it.”

Among other benefits, he said, it would “signal to the world that Minnesota was not hostile to this sort of thing,” which could help the state’s research institutions continue to recruit top-notch scientists.

If the bill were amended, as proposed Thursday, to ban therapeutic cloning, that could set back future research, he said. While the process of creating cell lines for transplantation is called cloning, he said, “it is a million miles away from creating a cloned individual.”

The bill’s ban on cloning a person is no problem, he said.

“Everybody is against human cloning for purposes of copying people,” he said.

To read the stem cell proposals before the Legislature, go here.

What other states have done

Minnesota has plenty of models as it moves to set a policy on stem cell research and cloning, according to the National Conference of State Legislatures.

Finally, many states have made it illegal to create a cloned person – which the bill before the Minnesota Legislature also would do. California, Connecticut, Illinois, Iowa, Massachusetts, New Jersey, New York and Rhode Island have statutes that prohibit cloning only for the purpose of initiating a pregnancy, but allow cloning for research.

Missouri law forbids using state funds for reproductive cloning but not for cloning research. Arizona prohibits the use of public monies for any form of cloning.

The next big battle at the Legislature: stem cells