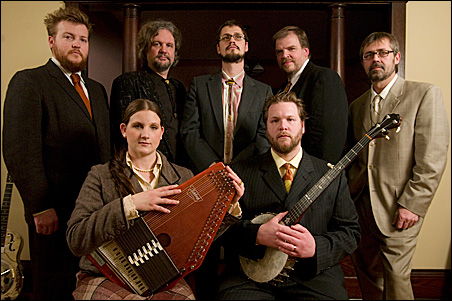 There’s a connection between old-timey acoustic music and the ferocious, electric anarchy of punk rock. The connection might not immediately occur to you as you listen to the nihilistic carnage of the Sex Pistols or the stately ache of the Carter Family, but it’s there.

Banjo player and singer Quillan Roe says both genres are “music of the people.” The 33-year-old Robbinsdale musician fronts the Roe Family Singers with his wife, Kim Roe, who shares lead vocals and plays autoharp. (You can hear their music on their MySpace page.)

He isn’t old enough to have been part of the first generation of punk rockers in the late 1970s, but Roe was a fist-pumping part of the second wave that swept the 1990s behind bands such as Rancid, Fugazi and Bad Religion. He sees some of today’s punk kids at his band’s regular Monday night gigs at the 331 Club, even though the Roe Family carries the torch of old-timey acoustic music.

“I think the kids that still identify with that punk rock music and lifestyle, it’s definitely a political decision as much as it is a lifestyle choice,” he says.

Love and murder
The Appalachian artists who forged the music the Roe Family sound is built upon sang of hard lives in isolated, rural areas bending their backs in coal mines and lumber mills. Their plaintive wails were of love, murder, religion, prison and other notable human institutions.

The simplicity and sincerity of that hardscrabble music appeals to punks, Roe says.

“I think you find in this rural music, this old-timey music, a lot of the same sentiments [as in punk]. It’s music that’s written by people, not songwriters.”

But its appeal stretches beyond the tattoo-sleeved descendants of Johnny Rotten; it appeals, too, to those fans of country and rock music tired of the relentless industry emphasis on pretty faces and reworked pop clichés. 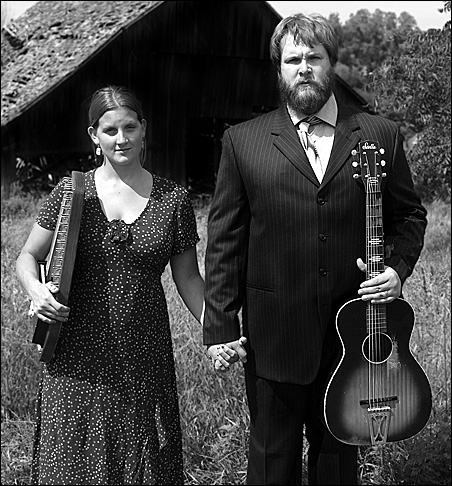 Photo by Steve Roe
Kim and Quillan Roe of the Roe Family Singers.

The Roe Family is the antithesis of contemporary country music embodied by cut-out stars such as Brad Paisley.

“Paisley is definitely this controlled product where people write his music for him, and he’s got a hair stylist and he grooms his eyebrows, and when he records a record, his voice is run through an auto-tuning program so there’s no wrong notes in it when it comes over the radio,” Roe says. “The flip side to it would be these old-timey bands that were recorded in their living rooms, singing songs that have been passed down in their family that were important to them.”

Modern life
When the Roe Family records an album of original material in April, they’ll head into a recording studio, however. In the studio, they won’t try to echo those seminal recordings, just as when they’re writing and playing, they don’t pretend they’re reincarnated Carters (running the risk of offending pious old-timey purists).

“It would be really counter to the spirit of the music if we were trying to re-create it. It wouldn’t be real,” Roe says.

Instead, the Roe Family gives a modern voice — sans affected Appalachian accents — to a timeless sound. The band features a number of players, ranging from seven, including the two Roes, all the way up to nine.

Their original songs include a sci-fi glimpse of a nightmarish mechanical existence, “Brave New World,” slowly plucked out on banjo and backed by Adam Wirtzfeld’s ghostly musical saw. Check out, too, their eerie heroin lament, “White Horse,” and the strutting “Shallow Grave,” evoking the dark mysteries of love by alt-country songwriter Julie Miller.

The Roes both work in preschool child care — Kim is studying to become an elementary school teacher — but say they’d love to expand their music careers to full time.

Ideally, they’d like to someday play the Grand Ole Opry (though they acknowledge ruefully that their old-timey music isn’t really what the show wants any more) and “A Prairie Home Companion,” but until those gigs materialize, they’ll keep doing their regular Monday night gigs at the 331 Club.

Michael Metzger is a former editor of Goldmine, CD Review and Stereophile Guide to Home Theater as well as a former arts editor of Downtown Journal and Southwest Journal. He can be reached at mmetzger [at] minnpost [dot] com.