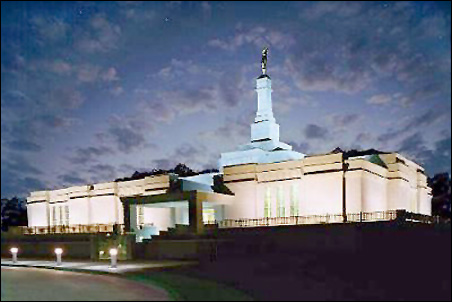 Richard Halverson has heard this one before: Mormons are a cult.

“A 13 million-member cult, spread across the world. How does that work?” said Halverson, a former Twin Cities bishop of the Church of Jesus Christ of Latter-day Saints.

If nothing else, Mitt Romney’s presidential candidacy — which he suspended today, two days after his Super Tuesday win in Minnesota’s Republican straw poll — is giving Mormons a chance to publicly explain their faith. The media-savvy church often initiates its image campaigns. This one was handed to it.

“There’s substantially more interest in the media in terms of what Mormons believe and about the church than I think we would normally find,” Halverson said. “Generally speaking, I think it’s a good thing. We’re not as well understood a church as we’d like to be.”

That, despite 30 years’ worth of polished television ads, which smartly portray Mormon family values. But 30-second spots don’t dwell on theology, which is where Latter-day Saints, Protestants and Catholics diverge.

“Most Christians would view the Mormon faith as quite distinct from Christianity and would not see much, if any, relationship at all between Mormonism and Christianity. They would tend to view it more as a cult,” said Carl Nelson, president of the Greater Minnesota Association of Evangelicals.

Halverson doesn’t believe the tension plays out publicly in Minnesota.

“There certainly are theological differences,” he said. “In terms of social values, family values, a belief in Jesus Christ and a belief in the things Christianity stands for, the LDS and evangelicals are very similar.

“I do think occasionally you encounter someone who comes back and says, ‘You Mormons aren’t really Christians; you’re a cult.’ If you really want to offend your Mormon friend, say either of those two things to him.”

Civil disagreement
Edward Langerak, a professor of philosophy at St. Olaf College, has Mormon colleagues and friends “who are very civil and don’t come off as fanatics in any way. That’s what would bother Minnesotans, if they come off as religious fanatics.”

Langerak isn’t an LDS expert, but he is writing a book called “Civil Disagreement: Personal Integrity in a Pluralistic Society.” He’s not surprised when religious groups disagree.

“Most moral and political issues involve some empirical claim about what will happen if we do such and such. Data will allow reasonable people to draw different conclusions.

“My own category is ‘perspective pluralism,’ the view that you don’t have to be a relativist about right or wrong. You can believe you are right, but can believe the other is justified in believing what they believe.”

Most non-Mormons balk, however, at the claims of Mormon history: that a heavenly messenger Moroni appeared to young Joseph Smith on his family farm in New York state in 1823 and told him that a record of the ancient inhabitants of the American continent was buried in a nearby hill. Four years later, Smith unearthed the record, written on thin plates of gold, which by God’s inspiration Smith translated into English. Latter-day Saints believe the resulting Book of Mormon is “another testament of Christ … a second witness that affirms the truth of the Bible.” 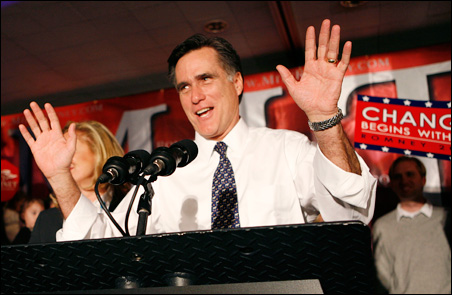 It’s not heresy to believe God speaks to new people in modern times. After all, the United Church of Christ, a mainline Protestant denomination, rallies around the slogan “God Is Still Speaking.”

But Latter-day Saints go a long step further: that the church had so fallen into disrepair after the deaths of Christ and the original Apostles that only a genuine prophet of God could restore it.

“Anyone who’s not Catholic would have to accept the fact there was apostasy in the church,” Halverson said. “Martin Luther thought the church was in apostasy when he was pounding those theses on the church door.

“Among Mormons, the belief was not only was there an apostasy, but it couldn’t be brought back by you and me reading the Bible. The only way it could be properly restored would be through a prophet of God, commanded and given authority by God to restore the priesthood, restore the ordinances of God and restore the doctrinal problems by this new revelation.”

Mormons arrived here in 1854
As Mormons headed west in the mid-1800s to find their promised land, a church missionary preached at Spring Grove in far southeastern Minnesota as early as 1854. A congregation was organized in Freeborn County by 1875.

Growth has been steady, although Minnesota’s population of 28,000 Mormons ranks only 31st among U.S. states. For every Mormon in Minnesota, for example, there are two Presbyterians, three United Methodists, 42 Lutherans and 45 Catholics.

They’ve accomplished that with a volunteer clergy. Called bishops by the LDS, congregational leaders support themselves by doing other work. Halverson, for example, is an executive with an asset management firm in downtown St. Paul.

Here and elsewhere, Mormons can’t shake the punch-line caricature of being polygamists. Halverson explains its history:

Latter-day Saints believe Joseph Smith to be a prophet of God, as were Moses, Elijah and others. God commanded Smith to practice polygamy, in the same way other prophets (such as Abraham) had more than one wife. It’s what God does when “raising up a righteous generation,” Halverson said.

“I’m grateful I don’t have to practice it today,” he said. “I think the Lord was raising up a righteous generation in raising up the Church of Jesus Christ of Latter-day Saints. You can walk into any Mormon community today and ask for a raise of hands, and I’ll bet 40 to 50 percent have polygamy in their background somewhere.”

Halverson said God removed the commandment in the 1880s. Pressured by Utah’s quest for statehood, mainstream Mormonism eventually dropped the practice, and the church today officially does not allow its members to practice polygamy.

Romney’s decision to suspend his campaign makes the issue moot for now, but Halverson says not all Mormons would have voted for Romney in any event, and Nelson says not all evangelicals necessarily would not have.

“I think Mormons can’t help but be interested, as they were in how (quarterback) Steve Young was doing for the 49ers even if they were still Packers fans,” Halverson said. “I have Mormon friends who are Democrats who will vote for whoever the Democratic nominee is.”

Senate Majority Leader Harry Reid, D-Nev., is a prominent Latter-day Saint. Chances are he would not have voted for Romney.

As for evangelicals, Nelson believes they are more diverse than typically portrayed.

“I think most evangelicals are pretty sophisticated in understanding the vote needs to be about serious policy issues and positions, and are able to separate the fact of religion from who they’re voting for.”

Steve Scott, former religion editor and writer for the St. Paul Pioneer Press, covers religious issues. He is a past visiting scholar in religious journalism at Northwestern University’s Medill School of Journalism.

President dies: Mormons are mourning the recent death of 97-year-old LDS President Gordon B. Hinckley. Few Christian leaders would be as revered as Hinckley was among Mormons. Thousands of mourners attended his funeral in Salt Lake City. Thomas S. Monson succeeds him, becoming the church’s 16th president.

Organization: The Church of Jesus Christ of Latter-day Saints organizes itself the way it believes Jesus organized his followers: the Quorum of the Twelve Apostles assists the First Presidency; other leaders organized in “seventies” serve throughout the world (as Jesus appointed 70 others to go ahead of him).

Local congregations: Larger ones are called wards; smaller ones are branches. Wards and branches are arranged geographically into stakes, led by a stake president. Seven stakes are based in Minnesota, representing 75 congregations. Most are in the metro area, although there are stakes in Duluth and Rochester.

Local leaders: A bishop — essentially, an ordained priest — leads the congregation. (Branch presidents lead smaller congregations.) Bishops earn their own living and are not paid by the church.