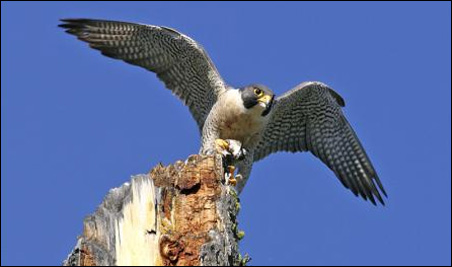 A dream of a resource for science students came to life on the Internet this week in the first edition of the Encyclopedia of Life, a grandly ambitious project to create web pages for all 1.8 million species known to inhabit planet Earth.

Still underway, the project would pull together more than 200 years of research in naming, cataloging and learning about natural life in all of its forms.

“A lot of that knowledge is incarcerated in natural history collections in ancient libraries, and the information has not been available to people who needed it,” said George Weiblen, a plant curator at the Bell Museum of Natural History in Minneapolis and a biology professor at the University of Minnesota.

For students and scientists alike, the Encyclopedia has the potential to propel knowledge of the natural world, Weiblen said, much the way databases of known information about DNA sequences have revolutionized molecular biology and genetics in recent years.

“It made possible research that no one investigator ever would have been able to dream of,” Weiblen said. “The sum is greater than the parts taken individually.”

Computers overwhelmed
Warning: The site has been so popular in this debut week that it takes persistence to even open it — let alone navigate its pages. “Its computers were overwhelmed and couldn’t keep it alive,” the Associated Press reported.

For those who are patient enough to persist, the rewards are multi-media pages containing a wealth of information about creatures as ordinary as a potato or as exotic as a Bluelashed butterflyfish.

From the dangerous (death-cap mushroom) to the delicious (tomato), it’s all there in whatever depth of knowledge a student, a gardener, a snorkeler or a scientist might desire. In fact, readers can move sliding buttons to choose how much information they want. They can simply listen to a bird’s song or delve into the bird’s DNA to search for sequences that play a role in the singing.

The inspiration for the massive project began with Harvard biologist Edward O. Wilson, who is the Encyclopedia’s honorary chairman. Its funding includes a $10 million grant from the John D. and Catherine T. MacArthur Foundation and $2.5 million from the Alfred P. Sloan Foundation.

Long-term project
Many of the world’s most prominent natural history museums and educational institutions are participating, including the Field Museum in Chicago, Harvard University, the Smithsonian Institution and the Marine Biology Laboratory in Woods Hole, Mass.

It’s a long-term effort. This week’s launch features 30,000 Wikipedia-style web pages, and even those are just the platform on which scientists are expected to build in the future. Organizers have set a goal of filling in the other 1.77 million pages over the next decade.

The success or failure of the ambitious project will depend on participation by scientists all over the world.

Weiblen is eager to participate and engage his Minnesota students in the project. But he also worries that the Encyclopedia faces some of the same problems that have dogged Wikipedia and some other public on-line projects.

“How do you maintain quality and accuracy in these kinds of dynamic community-driven organizations?” Weiblen wondered. “Sometimes the loudest voices get heard, not necessarily the ones who are telling the truth.”

Here’s a demo video about the Encyclopedia of Life.

Science on the Web: an ambitious project