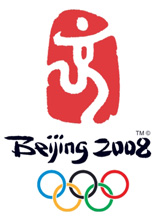 Bob Fox has a good gig. The longtime Metro State professor is the administrative leader and official chaperone of the U.S table tennis team heading to the Beijing Olympics.

With the much-anticipated Games set to open five months from Saturday, Fox is in an enviable position. It’s possible that every member of the U.S. table tennis team — up to three women and three men — will have Chinese connections. The first two women who’ve been named to the U.S. team are Chinese-born. One even trains full time in Shanghai.

“A lot of the other team leaders of other sports are worried about their athletes getting lost in the city late at night,” Fox said the other day. “Not me.”

His athletes will be able to navigate the streets of Beijing, speaking the language amid a sure-to-be-intense security presence. Fox knows about navigating the complicated rules and politics of an Olympics. This will be his fourth Olympic Games as the U.S. table tennis chief representative on the ground. Next week, he’s heading to Beijing as part of an advance delegation of U.S. Olympic Committee leaders.

As with all pingpong players, it started in his basement, more than 50 years ago, first in Robbinsdale, and then in other towns in the Midwest as his father moved up the Ford Tractor ladder to a national marketing post in suburban Detroit.

Eventually, Bob Fox went to Duke Law School. He was supposed to be studying. But between torts and statutes, he played two to four hours a day. He thought he was pretty good … until he met, in the Duke intramural tournament final match, a North Carolina state champ.

When Fox finished law school and moved into a mega-law firm in the Twin Cities, he dived deeper into table tennis. Eventually, he won 10 straight over-40-year-old state championships.

Meanwhile, he left the gray-suited legal world to become one of the founding faculty members of Metro State University. And he joined national table tennis politics and leadership. By 1992, he was named team leader for the U.S. Olympic table tennis team to the Barcelona Games.

In China, of course, table tennis is like football is to Alabama. Large arenas are filled. Kids practice for hours in beautiful facilities across the country. Fans follow players and their stats like baseball freaks in the United States.

The only two players named so far to the U.S. team are Wang Chen and Gao Jun.

Gao, 39, won a silver medal for China in 1992. Soon after, she moved to Baltimore to be married. By 2000, she was an American citizen competing for Team USA in the Sydney and Athens Olympics.

Fox traveled to China with Gao for the 2005 world championships. It was like hanging out with a Michael Jordan/Angelina Jolie hybrid.

“Everybody knows her,” said Fox. “We went to one of the markets. Men were following her around. ‘Why you play for U.S.? U.S. no good in table tennis. U.S. for basketball, for NBA,’ they were saying … I had to keep people away.”

She’s aging, but she has her skills. And pride. 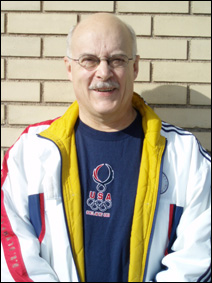 At the worlds, Gao was in a key match with a young Chinese player. According to Fox, Gao was ambivalent about winning the match because she understood the pressure on a young phenom in the People’s Republic.

“If I beat her, she might get kicked off the team,” Gao told Fox.

In that match, Gao played OK, not great. The contest was even. Then, a voice cried out from the crowd. In Chinese, of course.

It ticked her off. Watch her in Beijing. Could be a good story.

Sometimes, Olympic athletes get busted for drugs on the field, sometimes off. The team leader gets involved. Sometimes, an athlete will drink a bit too much after his competition is completed, and he causes a ruckus in a distant watering hole. The team leader has to step in.

But other times, it’s dicier than that. In Sydney, one of Fox’s athletes showed up only to be told her racket didn’t meet specs.

“Her racket was too thick,” Fox said. “And it had an arc in it. It wasn’t flat. They weren’t going to let her play. She was throwing a fit. I told her to be quiet.”

The layer of glue, a sponge and the rubber surface can make a racket too thick. The wood of the racket can warp. It happened in this case. The player had already called the official a nasty name. Fox was brought in to mediate.

As he did, he offered his athlete practical advice: “Sit on the racket.”

Try to flatten out the darn thing.

In the end, it almost worked. Its thickness fit within the caliper and met the rules. But the racket remained illegally warped. Calmed by Fox, she gathered herself enough to rush out to the arena, borrow a racket from a teammate, play and win her match.

“My job is to protect the coaches and the athletes,” said the wily-as-a-Fox Olympic team leader.