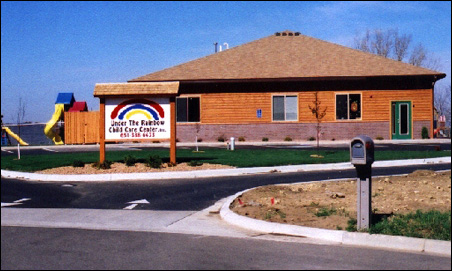 When the Minnesota Supreme Court ruled in December that a nonprofit child-care center in Red Wing didn’t qualify for a property tax exemption, it set off alarms among the state’s nonprofits.

The Minnesota Council of Nonprofits’ winter newsletter called the decision “a serious and immediate threat,” raising the concern that tax assessors would start reviewing other nonprofits’ property and yank the exemptions — especially in these budget-strapped times.

Since then, the council has been working behind the scenes to broker a legislative fix, reversing the court’s decision. With session deadlines looming, that effort stalled. As an alternative, the Department of Revenue, county assessors and nonprofit leaders have tentatively agreed to a proposed moratorium, freezing current nonprofit property tax exemptions and buying time to negotiate.

Marcia Avner, policy director for the Minnesota Council of Nonprofits, said the Senate Tax Committee is scheduled to hear moratorium legislation Tuesday (March 11.) A companion bill will be heard Friday, March 14, by the Property Tax Relief and Local Sales Tax Division Committee. If passed, the moratorium would last through the 2009 legislative session. 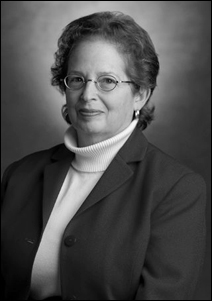 When is a nonprofit not a charity?
Both nonprofit advocates and government officials say they want the same thing: Keep the current tax exemptions in place. The tricky part is finding a legal framework everyone can support. At the heart of the matter is a simple but challenging question: How much public good does a nonprofit organization need to do to merit a tax break?

The latest battle centers on Red Wing’s Under the Rainbow Child Care Center. It has federal 501(c)3 tax-exempt status, but that didn’t guarantee a local property tax exemption. The center applied for the tax break as a “purely public charity,” something allowed under state law but ill-defined.

Appeals went up to the Minnesota Supreme Court, which sided with the Goodhue County assessor in a 4-3 ruling (PDF). The court ruled that because the center’s fees were at or near market rates and it didn’t offer scholarships, it didn’t qualify. No charity, no tax exemption.

Nonprofit and government leaders disagree sharply on whether the case breaks new ground. Avner says the ruling creates a more-restrictive test, elevating charity from one of several considerations to a litmus test.

Ward Einess, commissioner of the Minnesota Department of Revenue, said the court ruling reinforces standard practice. “From our perspective, we don’t think this changes anything,” he said. 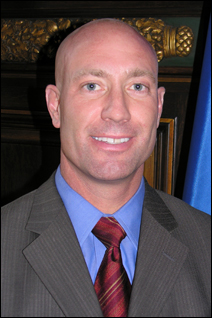 Given a long history of legal disputes over who does and does not get a property tax break, the Minnesota Supreme Court is asking other branches of government to do their job. In the Under the Rainbow ruling, the court wrote: “The legislature and governor, not this court, should make the policy judgments that determine the scope of tax exemptions.”

Avner said staff from the Revenue Department, local assessors and nonprofit leaders would begin working in April to find common ground on a proposal for the next session.

Minnesota law provides property tax exemptions for such organizations as churches, hospitals and schools. Others nonprofits fall into a sort of miscellaneous category, such as food shelves, arts organizations and halfway houses. They apply for the “purely public charity” designation.

Two North Star factors are key issues in the current debate. They revolve around the nature of charity and gifts.

In the Under the Rainbow case, the Minnesota Tax Court found that the center met five of the six North Star factors, but that it did not provide charity. That court approved the tax exemption. In reversing the tax court’s decision, the Supreme Court emphasized the charity in a purely public charity. “[T]he organization must provide a substantial proportion of its goods or services free or at considerably reduced rates,” the court said. “. … It is not sufficient that an organization serves a worthwhile purpose, or even that it does so on a nonprofit basis.”

Another hallmark of a purely public charity is that it receives gifts and donations. Here’s where the debate takes a twist. If a nonprofit acts on behalf of the government, providing a publicly funded service, should assessors consider that public subsidy as a “gift” when deciding on a tax break?

Michelle Finholdt, Under the Rainbow’s founder and executive, says her center provides an important government service to low-income families. Between 20 percent and 25 percent of its revenue comes from tax-supported child-care subsidies. The Supreme Court said government payments on behalf of clients don’t count as gifts; they do “not transform Rainbow’s fee-for-services operation into a charity.”

Corrective legislation initially drafted with the help of nonprofit leaders would have given the six North Star factors equal weight, eliminating charity as a litmus test — a bottom-line position for the Council of Nonprofits. It also would have counted government payments as gifts or donations for determining the tax exemption.

That bill is scrubbed and those issues are on the table as negotiators try to draft a charity-defining statute for next session. The state Revenue Department continues to have concerns about the proposal. John Hagen, assistant director of the property tax division, said in an email that counting government payments as gifts could significantly expand the number of tax-exempt charities. 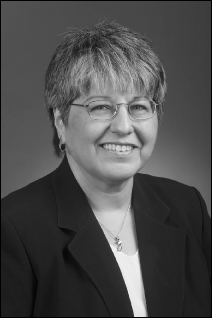 National review under way
The Minnesota court case has sparked interest in a national review of how other states decide their property tax exemptions, said Audrey Alvarado, executive director of the National Council of Nonprofit Associations. Her organization last reviewed states in 1999, and they are dusting off the survey for an update.

While she did not have current information, Minnesota isn’t unique. Some states do not allow any property tax exemptions for nonprofits or they offer very limited ones. She worries that the Under the Rainbow ruling might encourage copy-cat language in those states that have exemptions. As states gets into a financial crunch, and many are, “a very easy target has been to go after nonprofits receiving tax-exempt status,” she said.

Alvarado calls the Under the Rainbow case a shot across the bow of nonprofits. She argues for giving weight and value to nonprofits’ earned income, including government subsidies, when determining tax breaks. For years, nonprofits have tried to become sustainable through social enterprise. They sponsor conferences and training and offer fee-for-service programs to raise money to plow back into the organization. That earned income is a public benefit: “We are picking up the slack for government,” she said.

If the Legislature doesn’t act and the Under the Rainbow ruling ultimately stands, its impact will remain murky. The ruling does not appear to threaten tax breaks for other nonprofit child-care centers. Many are small and rent their facilities. For those that own their own space, they don’t appear to have the tax exemption to lose.

By the Minnesota Council of Nonprofits’ estimate, Minnesota has approximately 4,000 parcels designated as purely public charities. In suburban Hennepin County, none of the 221 purely public charities is a nonprofit child-care center, says Hennepin County Assistant Assessor William Effertz. The county would not approve a property tax exemption for an Under-the-Rainbow-like facility, he says.

Uncertainty in the air
Avner said she couldn’t put a number on how many other purely public charities might be at risk of losing their exemption. The uncertainty created by the court case “means no one knows.”

Even before the Under the Rainbow case, the rules for deciding nonprofit property tax breaks raised lots of questions. It perplexed experts.

Gina DeConcini, a partner at Oppenheimer Wolff & Donnelly and treasurer of the tax section of the Minnesota Bar Association, said there is not a consistent set of rules. “If a nonprofit asks the question, ‘Am I exempt?’ it is not clear where they should even look for the answer to that question,” she said.

One goal for the new legislation is to provide clear language to assessors and some clarity and stability for nonprofits.

Revenue Commissioner Einess acknowledges assessors in the state’s 87 counties could have varying interpretations of a purely public charity. From an administrative standpoint, it would be easier to have a bright-line test giving uniform answers. But he cautioned against being too prescriptive. Some worthy nonprofit would miss the cut —and that would trigger requests for legislative tweaks here and there to get Nonprofit X back on the tax-exempt list. At least with the current system, “you do have some flexibility and some discretion about how these factors all play out.”

As for Under the Rainbow, times are tough. Finholdt, the executive director, said that since the center moved into its own space in 2003 it has had to pay property taxes, an unplanned cost. In 2007, it paid $16,068, approximately 3 percent of its annual budget. “As of our last payment of property taxes in October of ’07, it wiped us out,” Finholdt said. “Our reserve is completely gone.”

Scott Russell is a former reporter for The Capital Times in Madison, Wis., and the Southwest Journal/Downtown Journal in Minneapolis.

Here are the six North Star factors, as they appear in the Under the Rainbow case (PDF).

1) Whether the stated purpose of the undertaking is to be helpful to others without immediate expectation of material reward;

2) Whether the entity involved is supported by donations and gifts in whole or in part;

3) Whether the recipients of the “charity” are required to pay for the assistance received in whole or in part;

4) Whether the income received from gift and donations and charges to users produces a profit to the charitable institution;

5) Whether the beneficiaries of the “charity” are restricted or unrestricted and, if restricted, whether the class of persons to whom the charity is made available is one having a reasonable relationship to the charitable objectives;

6) Whether dividends, in form or substance, or assets upon dissolution are available to private interests.