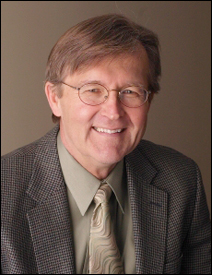 Rear Admiral John D. Hutson served as the Navy’s judge advocate general from 1997 to 2000. Now retired from the military, he is the president and dean of Franklin Pierce Law Center in Concord, New Hampshire. He is in Minneapolis to speak Wednesday at the University of Minnesota Law School. His lecture, open to the public, is scheduled for 12:15 — 1:20 p.m. in room 65 of Walter F. Mondale Hall, 229-19th Ave. S., Minneapolis.

MinnPost: I want to ask you about the reasons Republican Senators Norm Coleman of Minnesota and John McCain of Arizona gave for voting against the intelligence authorization bill which President Bush vetoed this month. The bill would have barred American interrogators, including those working for the CIA, from using harsh interrogation tactics such as waterboarding. The senators said they oppose such tactics but they thought the bill went too far in restricting the CIA.

MP: Because Congress lacked the votes to override the veto, the country is left with the status quo on CIA interrogations. Does that mean CIA interrogators could torture someone?

JH: I would argue that they are prohibited from doing it by a number of other domestic and international laws and agreements… . In 1903 we sentenced a U.S. Army major to 10 years in prison for waterboarding. So the failure to override the intelligence authorization bill is a missed opportunity, but it does not make waterboarding or those other techniques legitimate.

The law, domestic or international, ought to be the floor below which we won’t fall, the bare minimum. But we are the United States of America. We shouldn’t limit ourselves or try to get around laws. We should be looking for what’s right for us, what’s right for the world and what’s smart… . In the first Iraq war thousands of Iraqi soldiers surrendered to us, thereby saving their own lives and certainly the lives of American soldiers. There ain’t nobody surrendering to us any more. They are afraid of how they are going to be treated. That costs American lives.

MP: One of the administration’s objections to the bill was that it would limit the CIA to tactics spelled out in a published manual. In other words, we would tip our hand to the enemy. Isn’t that a concern?

JH: If we tip our hand by saying we don’t torture, I am in favor of tipping our hand. Secondly, if you’ve been captured and taken to prison and three big guys walk into the room, you are not likely to remember what the president said on the United States’ position on abusive interrogation. All you know is you are scared to death. Torture is always in the back of your mind, I suspect… . What’s harder to resist than torture is rapport building. That’s the way you get actionable, useable intelligence that you have some reason to believe may be accurate.

MP: Is that a tested theory — that it’s more effective for interrogators to build rapport with someone they’ve captured?

JH: Absolutely. If you read the literature or you talk to interrogators who are not just CIA thugs, that has been the doctrine since we can remember. Torture was never intended in its earliest days to be a quest for the truth. It was intended to get people to confess to things they hadn’t done like being a witch. We have turned it around and tried to legitimize it.

MP: This is an age when we are threatened by terrorists around the world, some of whom are willing to kill little kids, kidnap and torture innocent civilians. Why shouldn’t we subject them to harsh treatment?

JH: The quick answer is John McCain’s answer: It’s not about them it’s about us… . It endangers our troops who are captured. Remember that the United States is at the pointy end of the spear. We have more troops who are forward deployed than all other nations combined… . We are the ones who are likely to be captured.

It also interferes with coalition building. The Brits, the Aussies, the Canadians are less likely to fight alongside us if they can’t trust us to comply with the rule of law. And in future wars we need coalitions.

Finally and most important, in this particular war we can’t defeat the terrorists militarily nor can they defeat us militarily. They’ve got no command and control… They’ve got IEDs and suicide bombers. Basically that’s it. So their goal is not to take over the United States and have future generations speak Farsi and absorb their religion. I don’t think their goal is even to make our lives miserable, make us go through metal detectors at the airports. I think their goal is to make us more like them. And bit by bit they are doing that. When we engage in these kinds of techniques, they’ve won a battle.

As others have said, this is an asymmetric war, and the way to win an asymmetric war is to pit your strength against the enemy’s weakness. For generations, our strength has been our adherence to the rule of law and our support of human rights… . It’s our ideas and our ideals that make us great. So when we forsake those, our greatest weapons, we’ve disarmed ourselves.

MP: Next I want to ask about the detainees at Guantanamo Bay, Cuba. The Supreme Court is considering cases testing whether they are entitled to challenge their detentions in federal courts. What are the merits of the detainees’ current cases as they relate to the Geneva Conventions?

JH: The Geneva Conventions cover everybody: military, civilian, everybody. We created this made-up category of unlawful enemy combatant in an effort to circumvent the conventions. But in fact, the other name for unlawful enemy combatant, in Geneva Convention terms, is either civilian or spy and saboteur. If they are civilians they can be prosecuted… . We should be prosecuting these people and we should be doing it in civilian courts. But to say we don’t have to do any of these things because they are not covered by the Geneva Conventions is just a misapplication of the law.

There are distinctions between being a POW and not a POW. But that doesn’t mean that you can torture the not-POWs. Common Article 3 of the Geneva Conventions — common because is contained in all of the conventions — says that you may not torture or engage in cruel or inhuman or degrading treatment. It doesn’t say of POWs. It just says you can’t do it to anybody… . Putting aside the question of whether it is moral, ethical, or smart — it is not legal.

MP: The latest Guantanamo-related development is United States’ announcement it will seek the death penalty in cases of six terrorist suspects, some of whom the CIA had subjected to waterboarding and other harsh techniques. Will that affect the government’s case against them?

JH: It is long-standing law that you cannot introduce evidence that is the result of that kind of coercion into trial because it is unreliable. So it will be left to the judge to determine whether or not this is reliable. We don’t know how that is going to turn out… . These cases are essentially unrelated so doing six at a time is a terrible burden for a prosecutor. On top of that you have the death penalty — as they say, death is different. It’s going to make it even more complicated. And on top of that they are going to be tried in tribunals that have been found wanting. We don’t know how these are going to work and the examples up to now where we have tried them are not particularly reassuring.

The worst of all possible worlds would be if they don’t go well and there’s a conviction and a death sentence. It would be another thing if they didn’t go well and they were acquitted. I’m not suggesting they should be acquitted. I would like to have prosecutions and convictions of those people who are guilty of serious crimes that would be recognized, acknowledged and exalted by the international community. That would be terrific. There is just no chance that is going to happen and that’s too bad.