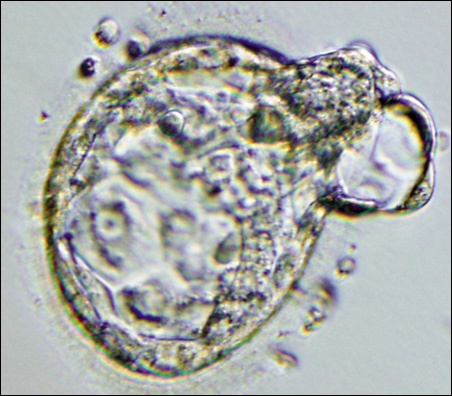 America’s competitive spirit has been the envy of the world.

But is it slipping?

Look to stem cell research, and you find unsettling answers to that profound question, say two Minnesota authors in their forthcoming book, “The Stem Cell Dilemma.”

While America is stalled in a moral debate over cells derived from embryos, other countries are moving apace with the potentially lucrative research that is expected to define medicine’s next frontier, say authors Dr. Leo Furcht and William Hoffman.

“Across the globe, among states within nations, and even among research institutions, stem cells have become tools of competition,” they say.

Asian countries, in particular, are investing heavily in the research, “without heated public debate over the moral status of the human embryo,” they say.

Nothing short of a “biorenaissance” is underway around the world, the authors assert.

And the United States holds no rights on the leadership despite its impressive record of scientific achievement.  “Since 1940, American scientists have garnered more than 200 Nobel awards, more than three times the number won by European scientists,” Furcht and Hoffman say.

But now, they say, “science and technology constitute a molten force on the global landscape, flowing to wherever they can flourish.” 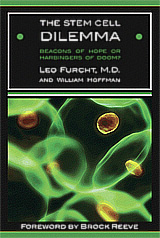 The stakes go beyond economic benefit and prestige. They extend to urgent national security problems at a time when many experts predict that biological weapons will inevitably be used again. Stem cells are an important line of defense because they carry natural power to heal wounds and regenerate nerves and tissue.

“It is no accident that defense agencies are funding stem cell research,” the authors say. “The monumental push in the wake of 9/11 to understand how best to protect the human immune system in the event of a bioweapons attack has helped to turn a page in biomedical science that cannot be turned back.”

One revelation in the book is that the U.S. Department of Defense is funding stem cell research to build an artificial immune system that could be used to test vaccines in case of a bioterrorism attack.

Furcht chairs the Department of Laboratory Medicine and Pathology at the University of Minnesota Medical School. Hoffman is a long-time writer and editor at the school. Arcade Publishing is set to release their book in April.

Controversy here and there
Furcht and Hoffman are not the first to sound alarms that foot-dragging over stem cells may cost the United States economically and competitively. That prospect has been the subject of several congressional hearings since 2001 when President Bush restricted federal funding for research on stem cells derived from embryos.

Indeed, a map (below) Hoffman developed was displayed at the U.S. Senate last year. It depicts the United States along with parts of Africa, South America and the Middle East as the largest regions with restrictive policies or no policies on the research.

Countries in brown have permissive or flexible policies on human embryonic stem cell research and have banned human reproductive cloning. The United States along with parts of Africa, South America and the Middle East have restrictive policies or no policies on the research.

But some other highly developed countries also are skittish about at least some aspects of the studies. Germany, still wrestling with dark memories of Nazi-era eugenics and human experimentation, is cautious about genetics and stem cell research. So are Poland, Italy and several other countries.

On the other side of the picture, the United Kingdom has lured away top U.S. scientists with its wide-open race to develop stem cells. Even so, there are apparently some limits. In their Easter sermons this week, Roman Catholic clergymen attacked a bill intended to update the United Kingdom’s regulatory framework for fertility treatment and embryo research.

The legislation would allow scientists to create embryos for purposes of harvesting the stem cells by transferring human DNA into animal eggs that have had most of their genetic information removed. Proponents of the legislation say such “hybrid embryos” would advance research into diseases such as Parkinson’s and Alzheimer’s. A shortage of human eggs for embryo creation has held up the studies.

In his Easter sermon, the Archbishop of St. Andrews and Edinburgh described the legislation as a “monstrous attack on human rights, human dignity and human life,” adding that it would allow experiments of “Frankenstein proportion,” the BBC reported.

A one-time leader
Minnesota had been something of a pioneer in stem cell medicine. A Minnesota team performed the first bone marrow transplant 40 years ago. Essentially, the operation involved treating a baby whose life was threatened by an immune disease with blood-forming stem cells from his sister’s marrow.

But since embryonic stem cells were first isolated in Wisconsin in 1998, Minnesota has lagged in the field while other states pushed the research.  California, Connecticut, Illinois, Iowa, Maryland, Massachusetts, New Jersey and New York are among the states that fund and encourage the research. Gov. Tim Pawlenty opposes a bill currently before the Minnesota Legislature that would allow state funding for research on embryonic stem cells.

Pawlenty, Bush and other critics of the research propose funding studies on stem cells taken from adults rather than destroying embryos to harvest the cells. Their side of the debate got a boost last year when scientists in Wisconsin and Japan reported they had genetically reprogrammed ordinary skin cells to create the apparent equivalent of embryonic stem cells. But scientists worldwide say the true embryonic versions of the cells will be needed for years to come.

And whatever the source of the cells, they also stress that it may be years before the research yields major advances in treating diseases.

Just beginning to sink in
“It’s going to be a new field for some time,” Hoffman said in a telephone interview Monday. “But the excitement is warranted.”

In the book, Hoffman and Furcht said: “As surely as stem cells brought us to where we are individually and collectively as human beings, our future and our fate are inextricably linked to what happens in stem cell research laboratories around the world. That reality is just beginning to sink in.”

“Depending on who you are and perhaps where you live, stem cell research can be seen as a means for preserving life or taking it,” they say. “It can be seen as generating economic competitiveness or a moral decline, sustaining scientific prestige or the rise of amoral elites, even ensuring personal freedom or bondage.”

Kirkus Reviews called the book a “timely, levelheaded investigation of stem-cell medicine,” and said the authors “treat the ethical issue with respect, applying a cross-cultural perspective to everything from designer babies to the commodification of life.”