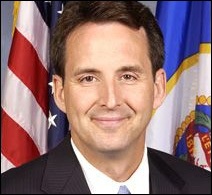 St. Paul officials reacted with dismay this afternoon to the lambasting they believe the capital city received when Gov. Tim Pawlenty issued his giant line-item-veto list (PDF) for the state’s bonding bill.

His actions knocked $208 million out of the $925 million bill the Legislature had approved last week, dropping it well below the $825 million figure he had previously signaled as acceptable.

“What’s he got against St. Paul? What have we done?” asked state Sen. Sandy Pappas, DFL-St. Paul.

“He ditched the capital city for political gain,” echoed Sen. Ellen Anderson, also a St. Paul DFLer. The two senators made their comments shortly after the governor’s 2:30 p.m. announcement.

St. Paul officials taking cuts personally
Although Pawlenty had said it was nothing personal, St. Paulites were taking it that way. The St. Paul losses included $11 million for Como Park (designated for new exhibits for polar bears and gorillas) and $70 million for the Central Corridor (which, if not resurrected this year will mean a huge loss in federal matching grants).

“I don’t think there was one item from St. Paul that he kept; oh, wait, I think there is one: funding for St. Paul College,” Pappas said. “Don’t tell him, though, or he’ll cut that.”

Late Monday, St. Paul Mayor Chris Coleman blasted the veto of Central Corridor funding, calling it “the worst kind of political gamesmanship . . .  (and) a direct threat to the city’s future.” He described the veto as “a stunning disregard for the largest economic development opportunity in our region’s history.”

The mayor added:  “We took the Governor at his word in February and have done everything asked of us. We’ve come to an agreement, cut costs, and put together the best strategic plan for any proposed transit project in America.  Everyone who cares about the future of the City of Saint Paul should be outraged by the Governor’s action today.” 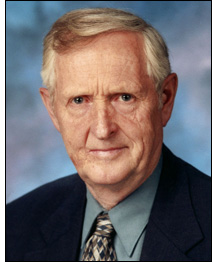 Sen. Keith Langseth, DFL-Glyndon, who shepherded the bonding bill in the Senate, said afterward that it appeared to him, too, that St. Paul got nailed by the governor. “Except for St. Paul, it’s not clear that the governor was targeting Democrats on the other cuts,” he said.

Asked if the governor’s cuts might be retribution for the Legislature’s override last month of the transportation tax veto, Langseth said: “If he wants to be vindictive, he can. I’m not accusing him of that. You did,” he said to the assembled reporters.

An army of lobbyists, reporters, state staffers and a few concerned citizens huddled in the Capitol hallway outside Pawlenty’s office this afternoon waiting for the bonding bill news. The House was in session upstairs, but all the focus was on the governor’s corridor.

Bonding cuts the talk of the Capitol
Word spread quickly that the cuts were deep. Then, Rep. Larry Haws, DFL-St. Cloud, showed up with a copy of the governor’s plan. Lobbyists gathered around: Make copies and sell that, Larry, someone suggested.

Rep. Alice Hausman, co-chair of the conference committee that assembled the compromise bonding bill, attended the governor’s announcement, but left partway through, looking ashen. Hausman, whose district covers St. Paul and Falcon Heights, paused for just a moment outside, said there were tons of St. Paul cuts, and abruptly left.

Pappas and Anderson said it almost appeared as if the governor were attacking Hausman personally.

In addition to the St. Paul cuts, there was a $24 million cut for a new Bell Museum project on the University of Minnesota’s St. Paul campus, which the city of Falcon Heights had sought. “Falcon Heights never asks for anything, but the one time they do, the governor cuts it,” Pappas said.

Langseth said he wasn’t prepared yet to say whether the Legislature will try to override the line-item vetos (considered quite possible in the Senate, unlikely in the House) or try to come up with a smaller, supplemental bonding bill that the governor might approve.

There were rumblings that the governor cut so deeply — more than $100 million lower than his own $825 million target — to be sure the legislators would come back with another bill that will be more to his liking.

That would be a very risky strategy, though, Anderson warned.  “We thought he might veto $100 million [worth of projects], but not the Central Corridor,” she said. “Using political leverage against the Democrats may have just destroyed light rail connecting the Twin Cities.” Surprisingly, Pawlenty originally had recommended the $70 million in Central Corridor funding.

There were other casualties, too, including cuts of $400,000 for the Chatfield Music Lending Library: $250,000 for the Hibbing Memorial Center and $975,000 for the Mankato Civic Center/arena expansion.