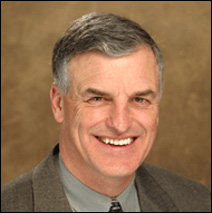 Dakota and Washington counties also approved the tax Tuesday, joining Ramsey and Anoka, which passed the tax last month. Scott and Carver declined to participate, meaning that five of the seven metro counties have forged an important joint-powers agreement to finance a new generation of mobility for the Twin Cities.

Within the next decade, the downtowns of Minneapolis and St. Paul should be joined by light rail. Another line would shoot southwest to Eden Prairie. Big Lake and other northwestern suburbs would get a commuter rail connection to downtown Minneapolis. And rapid bus lines would stretch south along Interstate Hwy. 35W and Cedar Avenue into Dakota County.

Other lines would follow, including a probable light rail connection to Maple Grove and several rail or rapid bus lines stretching from St. Paul’s Union Depot to Woodbury, Hastings and, perhaps, Hinckley.

Until this year, these have been lines on paper only. The Pawlenty administration tolerated them in theory, but opposed any financial commitment (read tax) to actually build them in a systematic fashion. The watershed moment came on Feb. 25 when, over the governor’s veto, the Legislature authorized the counties to move forward. Their boards could choose to raise the sales tax by a quarter-cent (four pennies on a $20 purchase).

McLaughlin’s victory
Tuesday’s actions by the counties were sweet affirmation for McLaughlin. Since his migration from the Legislature to the county board in 1991, he has worked tirelessly and single-mindedly to bring the Twin Cities into the modern transit era. No Minnesota political figure deserves more credit (or, if you look at it the other way, more blame).

For nearly two decades, transportation policy had stalled at the Capitol as traffic congestion mounted, gasoline prices rose and the peril of climate change became more apparent. All the while, McLaughlin, without much fanfare, cobbled together regional rail authorities and transitway boards to, essentially, snatch the purse strings away from the state. If the state was not going to allow Minneapolis-St. Paul to become a real city – with features like rail transit – then the counties would have to lead.

Hennepin County, with more than 40 percent of the five-county population and nearly 60 percent of the sales tax base, is now the gorilla in this game. Based on that formula, it gets 47 of 100 votes on the new five-county transit authority. The Metropolitan Council, heretofore the region’s governing agency for transit, gets only five.

Hennepin flexed some of that new muscle Tuesday by including a warning in its resolution. If the Pawlenty administration or the Legislature tries to poach any of the new sales tax money to help its budget shortfall by shoring up a bus operating deficit, the county will repeal the tax and withdraw from the joint-powers agreement.

It was, as McLaughlin described it, a “shot across the bow.”

Lagging auto sales, along with rising costs for fuel and medical benefits, have created a sizable deficit in Metro Transit’s operating budget. Auto sales are implicated because the sales tax on motor vehicles helps to fund the bus system. The new transportation law allows a $30 million one-time transfer to help fill the void this year. But it specifies that the rest of the new money be used to finance capital projects, namely major transit lines.

As if to spite lawmakers and county commissioners, Gov. Tim Pawlenty proposed in his budget to cut $30 million in general fund money from transit’s budget next year. The bite was bigger by far from transit than other agencies.

The governor’s problem
Met Council Chairman Peter Bell, a Pawlenty appointee, said he would like about $10 million more — about $40 million in all — from the stash of new sales tax money to help operate the buses next year.

Bell said: “I can understand how they feel.” But he emphasized that he’s trying to avoid service cuts that would jeopardize federal approval of the Central light rail line. Even with an extra temporary chunk of sales tax money for transit operations next year, Bell said he’s confident that there will be enough left to build all the lines that the metro area will need. “Is this a raid by the Met Council?” he asked rhetorically. “No.”

McLaughlin said it’s unlikely that the Legislature would allow the Pawlenty administration to cut bus service or jeopardize the Central line.

In any case, the exchange illustrates new complexities in transit governance. The federal government is counted upon to pay for half of the new lines. The state transportation department (MnDOT) would build them. The Met Council would operate them. And the five counties, acting jointly, would finance them. Deciding where, exactly, the lines would go might emerge as a problem. The law retains the Met Council as the primary planning agency for new lines. But money brings power, and the counties now control a good deal of the money.

McLaughlin said Tuesday that the new funding stream will enhance the Twin Cities’  status as a reliable partner with the federal government. Other cities – notably Denver, Phoenix, Salt Lake City, Dallas and Portland – have moved far ahead on transit by working with federal authorities on a progression of lines. That approach saves time and expense over the long haul, and gives the private sector a schedule on how to plan for development.

Tuesday’s most dramatic vote came in Washington County. After a lengthy and emotional hearing, the commissioners voted 3-2 to join the new taxing authority. Commissioner Dick Stafford of Woodbury cast the decisive vote. It’s plain that without Washington County’s participation the east metro’s hoped-for transit projects would face an uphill fight.

Tuesday’s vote also solidified the growing role Hennepin County is playing in city, metro and state affairs. Without the Hennepin County Board, Minneapolis would still be closing libraries. Without the county board, the Legislature would still be struggling with the Twins ballpark issue. Without the county board there would be no metro-wide movement on transit. In sports parlance, when the city and state stumbled, the county stepped up. Commissioners no longer fly under the radar. Once upon a time, the county’s 24-story headquarters in downtown Minneapolis was described as “the invisible tower.” No longer.

Steve Berg reports on urban design, transportation and national politics. He can be reached at sberg [at] minnpost [dot] com.