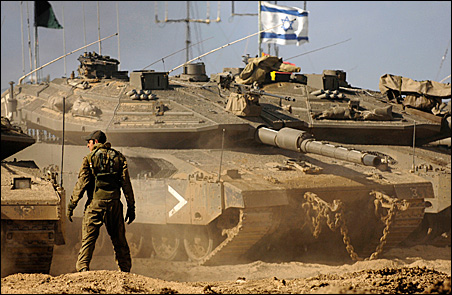 Forty years ago a prominent Israeli politician ended a six-month leave from his senior government job. Arie Eliav had become curious about the Arab population in territory Israel wrested from Jordan in the 1967 Six-Day War. So he spent those months listening to West Bank leaders, refugees, shopkeepers, laborers and others willing to talk with him. With undue optimism Eliav concluded that Israel “will never repress the rights of the Palestinians to national self-determination.” They are a nation, he told his boss, then-Prime Minister Levi Eshkol.

Forty years later a prominent Israeli author spoke to 26 visiting Minnesotans about his own exploration of Palestinian life. Yossi Klein Halevi, a senior fellow at the Shalem Center in Jerusalem, had patrolled Gaza refugee camps while serving in the Israel Defense Force in the 1990s. Halevi became what he calls a “guilty Israeli,” willing to take nearly any risk for peace.

No more. Like Eliav a generation earlier, Halevi set out to listen to a wide range of people in the occupied territories. He wrote of the experience in “At the Entrance to the Garden of Eden: A Jew’s Search for Hope With Christians and Muslims in the Holy Land” — a book published in the United States six years ago but, oddly, to be published in Israel only this spring. His, too, was a quest to understand the Palestinian view.

But unlike Eliav, who went on to be the grand old man among advocates of West Bank withdrawal, Halevi went on to became disillusioned. He told us last month that Palestinian nationalism has collapsed, replaced by a sense of victimization. As for the wall, or security barrier, it is in Halevi’s view the antithesis of the Jews’ place in the region — “but now is needed …. If we hadn’t built it, there might have been a political decision to expel the Palestinians” (from the West Bank).

One uprooting, two explanations
Such arguments are as old as the founding of Israel 60 years ago. As the Minnesota travelers visited ancient sites in the Galilee, our guide veered occasionally into modern history, including the 1948 war of independence. Arabs fled their homes, he said, because leaders of surrounding Arab states told them to do so. A challenge came from a group member (me). What about Israeli historians whose research in recent years shows that the impetus came from Israel?

The best known of these “new historians” is Benny Morris, who has written several books on the subject. In a 2004 interview with the newspaper Haaretz, Morris summarized his findings this way:

Disputes about events are inevitable in a conflict whose protagonists are increasingly bitter. A recent independent poll shows that the massacre of eight Jewish seminary students March 6 — our last night in Jerusalem — has the support of 84 percent of Palestinians surveyed. Such attitudes are reciprocated. In dinner-table conversation Margaret Coker, ending five years as correspondent in Jerusalem for the Atlanta Journal-Constitution, expressed the idea neatly: “This is a place where people love to hate.”

‘Arafat’s counteroffer’
Even the thoughtful, scholarly Halevi could not conceal his animus toward Palestinian President Mahmoud Abbas. As for Abbas’ predecessor, Yasser Arafat, Halevi wrote in the Los Angeles Times March 2 that in response to the late 2000 peace plan, “Arafat’s counteroffer was four years of suicide bombings.”

That was indeed a dreadful time. Since the start of the second intifada in September 2000, Palestinians have killed more than 1,000 Israelis (the number of Palestinians killed in the same period by Israelis exceeds 4,500). But to suggest that Arafat directed all suicide bombings is to attribute to him the complete control he never had. I once heard Arafat say that all factions, including Hamas, followed his orders — an assertion so risible that keeping a straight face was difficult. This is not to absolve the late Arafat of complicity in violence; it is only to say that violence has multiple perpetrators, Palestinian and Israeli.

And multiple instigators. The venom from Hamas-dominated Gaza, reported April 1 in the New York Times, is redolent with phrases like “Zionist filth” and with calls for martyrdom (suicide bombing) against Jews. Or consider the Israeli author David Shulman, who writes in his book “Dark Hope” of verifying what Palestinians living in caves near Hebron observed in 2005:

“Palestinians from Twaneh noticed [an Israeli] settler — almost certainly from Chavat Maon, the most virulent of the settlements in the area — walking deliberately through their fields in the early morning. Shortly afterward the animals got sick and the first sheep died. Then the shepherds found the poison scattered over the hills, tiny blue-green pellets of barley coated with … deadly rat poison. … The aim was clear: to kill the herds of goats and sheep, the backbone of the cave dwellers’ subsistence economy in this harsh terrain, and thus to force them off the land.”

Reasons to seek reconciliation
Against that background of despair and hatred, how can anyone hope for reconciliation? The answer, tentative as always in this generations-old conflict, arises from the lack of alternatives. Israel is an economic success and a military powerhouse — but plagued by existential fear of enemies within and nearby. It wins wars but not peace. Palestinians have a disastrous economy in enclaves subject to Israeli military intrusion. They have nothing to lose but more land, more lives, more hope.

On both sides, however, responsible leaders show by their actions their recognition that force, distrust and disparagement bring no solution. Israeli Foreign Minister Tzipi Livni has been working quietly, steadily, with Abbas’ chief negotiator, Ahmed Qureia. Livni said the other day that their talks are based on Palestinians’ respect for Israel’s security needs and Israel’s commitment to improve Palestinians’ quality of life. The foreign minister spent much of her career in Mossad, the intelligence service. To the horror of hawks, former Mossad chief Ephraim Halevy thinks Israel should find a way to include Hamas in the negotiations.

Thin gruel, maybe, when prospects remain so bleak. But gruel is better than bombs, even when those who serve it fall short.

Yasser Arafat fell short. But he remains a hero to Palestinians, and I expected to find an extravagant glorification of his decades-long leadership at his tomb in Ramallah, perhaps one reminiscent of Napoleon’s in Paris or Wellington’s in London. Instead, it is simple and tasteful: a small, glass-enclosed building with a coffin and two uniformed guards.

The late Prime Minister Yitzhak Rabin fell short in a different way — slain by an Israeli fanatic opposed to the 1993 accords that Rabin and Arafat signed on the White House lawn. Only if you know right where to go can you find the stark place in Tel Aviv called Rabin Square. On the spot where this hero of wars past was murdered a plaque reads, “Peace shall be his legacy.” Perhaps his successors, and Arafat’s, will keep that idea in mind.

Bob White, former editor of the Star Tribune’s editorial pages, and the Rev. James Gertmenian, senior minister of Plymouth Congregational Church in Minneapolis, co-led a two-week tour in February-March to Israel, Jordan and the West Bank. The travelers explored biblical sites in Israel, and other ancient locations in Jordan. They also met with Israelis and Palestinians concerned with the search for peace.