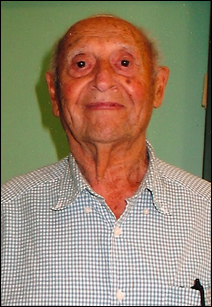 Activities surrounding Israel’s 60th anniversary remind me of Saadia Gelb, who grew up in Minneapolis but emigrated to Israel just months before the official founding of the state in 1948.

Emigrated is the wrong word: Gelb, a committed Zionist, actually smuggled himself, his wife and three small children into Palestine in November 1947, because the British authorities were strictly limiting entry permits at the time. After several failed applications, he procured round-trip tickets on a cruise ship, and when the ship docked in Haifa, they slipped off  and never returned.

They made a life for themselves in a kibbutz called Kfar Blum. Gelb, now 94, still lives there. After a life of political action — he knew Golda Meir and worked with the early presidents of Israel, even coming to the United States in the late 1950s as an emissary — Gelb now lives in a senior residence on the kibbutz.

Brother still active in Twin Cities development efforts
His younger brother, Howard Gelb, is a Twin Cities developer, now working to redevelop the Hamm’s Brewery (later Stroh’s) buildings on St. Paul’s East Side. Howard is 84, but goes to his office on West Seventh Street every day.

Howard said Saadia is often hard to reach in Israel, and has slowed down a bit physically, but not mentally.

“When he turned 90, his children told him he must stop riding a bike, because if he fell, he might be badly hurt,” Howard said. “Saadia agreed, but told them he would continue swimming.”

The Gelbs were born in Poland, but the extreme poverty after World War I caused their father to move to New York, and then Minneapolis, where he served as a rabbi and saved enough money to bring the rest of the family to America. The family arrived in Minneapolis in 1926.  Saadia attended Talmud Torah school and then went to the University of Minnesota, where he studied humanities and began organizing Jewish youth groups.

He worked as a social worker in New York and Chicago in the 1930s, as Jewish leaders around the world began planning the establishment of Israel. All the while, Gelb and his wife, Helen, knew they would eventually live there, too.

Memoir details Gelb’s role as Israel ‘pioneer’
In his 2001 memoir, “The Chase Is the Game, The Journeys of an American-Israeli Pioneer,” (which I helped edit) Gelb describes the situation:

“During and after World War II, I met with all the leaders in the Zionist movement, old and young. We saw each other at meetings, conferences and social occasions. Our views differed widely but we were all fighting for the same cause — the foundation of a Jewish state in our lifetime. It was exhilarating, exhausting, nerve-wracking, yet tinged with a satisfying sense of accomplishment.”

When they finally arrived, and began living in the kibbutz (where everyone was involved in all the daily chores) some doubts arose:

“After three months of kibbutz living, Helen and I had a serious discussion. Had we made a mistake? Could we survive this type of life? Had my friends been right when they said I was a bureaucrat and not fit for manual labor? … But how could we leave? We were penniless and I wouldn’t ask our families for financial help.  And what of my moral responsibility to the hundreds of youngsters whom I had instructed in the joys of life in a Jewish state? We were in a quandary. In the end, we decided to stick it out for a year and then re-evaluate the situation.”

That year became decades, and the Gelbs stayed and became a part of the fabric of Israeli life. He worked for the national government and in various jobs on the kibbutz, including truck driver, fisherman, youth leader and hotel manager, before retirement.

In his musings in 2001, he said the only workable solution to the Palestinian situation is to have two co-existing states: Israeli and Palestinian. “The hard fact is that there is a Palestinian nationalism and by our own definition they have a right to self-determination,” he wrote.

On Israel: “I accept the standard answer to our Zionist claim to Israel-Palestine: it is our origin, our history and the only potential for group survival and development in the contemporary world. Most of all, we are candidates for annihilation. The Arabs are not.

“The internal Jewish division is rooted in the unresolved issue of ‘Who is a Jew?’ In my opinion, there are two criteria: descent and association. I prefer association. Anyone who knowingly wishes to assume the burden of being Jewish is welcome.”