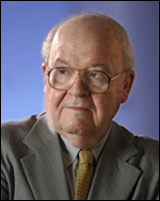 Twenty years ago, I was awarded a fellowship that called for traveling to Bolivia, Colombia and other Latin American countries.

The first person I called for advice was G. Edward Schuh, a University of Minnesota economist who had distinguished himself with work in South American countries.

The advice and wisdom I got from Schuh was so sound that I called again and again over the years. Most recently, it was in 2006 to ask for help making sense of the wave of leftist leaders who were winning elections in Bolivia, Chile and other Latin American countries.

Sadly, I will need a new expert source on that region.

Schuh died Sunday due to complications following heart surgery, according to the University’s Humphrey Institute of Public Affairs where Schuh had been the dean from 1987 to 1996. He was 77 years old.

Schuh had earned a long list of impressive titles. During the 1980s, he was director of agriculture and rural development for the World Bank in Washington, D.C. He also served as program adviser to the Ford Foundation in Brazil and as senior staff economist on President Ford’s Council of Economic Advisors.

In Brazil, he was named the first “Legendary Member” of the Brazilian Society of Rural Economics and Sociology in 2004. He also received the country’s highest scientific award, the National Order of Scientific Merit, Gra Cruz.

I simply called him a wise man.

Problems of the future
Looking back at my notes yesterday, I realized I might have added prescient, too. Much of what he told me rings more true today than I could have imagined at the time.

In 1991, when I questioned whether farm yields around the world would keep pace with population growth, Schuh told me that he was worried. He said he had remained calm during the 1970s when there was a revival of the theories of the Rev. Thomas Malthus, who warned two centuries ago that population growth eventually would outpace food production.

By the 1990s, though, Schuh was looking beyond the overflowing grain bins and record yields farmers were harvesting at the time.

“One of these mornings we are going to wake up with a big food shortage crisis on our hands,” Schuh told me.

That crisis appears to be coming just as he is leaving.

In 1992, when I was writing about an environmental summit, Schuh warned that developing nations, as their economies improved, would claim a right to the same polluting lifestyles the wealthy nations enjoy.

“The people from the developed countries stand up and sort of piously lecture the politicians and others in Latin America about burning down their rain forests,” he said at the time. “I always ask them, `Have you given up your auto?’ “

He cited global warming as a major concern, and predicted China and India not only would contribute to the problem but also would pressure energy prices as their economies improved.

Now I know he was on target on all three counts.

Profound advice
One story I covered on that trip to Bolivia was in the wild and lush Chapare Valley where poor farmers grew a good share of the coca crop that fed Colombian cocaine factories. U.S.-led programs were trying to steer the farmers toward other crops. But U.S. farm groups balked because one of the alternatives was soybeans, which could have placed the Bolivians in competition with farmers in the Upper Midwest.

Schuh had no patience for that sort of protectionism. He insisted that the best strategy for U.S. farmers was to court markets in the developing world and open trade, not shut it off.

Give him another point. Foreign markets are lucrative for Minnesota farmers.

Not every bit of advice I got from Schuh was so profound. Some simply was personally useful. He urged me to prepare for altitude sickness when I flew from sea level in Lima, Peru, to La Paz, Bolivia, which rises higher than 12,000 feet above the sea. Room service at the better hotels would send up an oxygen kit to help you through the adjustment. Take it, he said.

That was good advice too.

Schuh is survived by his wife and three daughters. A visitation will be held today from 4 to 8 p.m. at the Mueller Bies Funeral Home at 2130 N. Dale St. in Roseville. The funeral will be at 11 a.m. on Friday at St. Jerome’s Catholic Church at 380 E. Roselawn Ave. in Maplewood.

The loss of a wise man