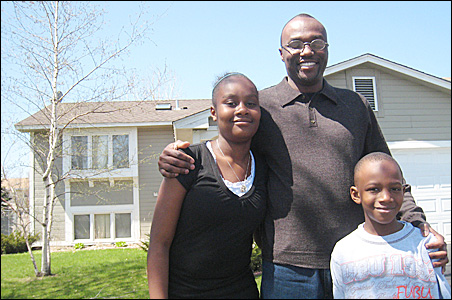 This Sunday, Tom Gitaa will celebrate Mother’s Day the same way he has for years; he’ll go to brunch with his two children, along with other family and close friends. This, however, will be the second year the mother of Gitaa’s two children won’t be there.

“She never smoked. She was a fitness fanatic. Since we got married there was always a treadmill in the house. It was just a big shock to all of us,” he said.

Tom Gitaa, 38, came to Minnesota from Mombasa, Kenya, in 1990. Anne had moved here from Nairobi; the two met at a local Kenyan festival and married in 1994. Tom is a former buyer for Best Buy, a job he later left (ironically just months before his wife’s diagnosis) to work full time as publisher and editor-in-chief of Mshale, a monthly Pan-African newspaper. Now, in addition to raising his children and publishing his newspaper, Tom Gitaa is working on establishing an academic scholarship at the University of Minnesota in honor of Anne’s memory.

Anne was working as a teacher in the St. Paul Public Schools in 2004 when she developed a persistent cough, which Tom said was initially misdiagnosed as asthma. She was treated with asthma medication and the cough subsided, but in the fall of 2005 the cough returned and her health began to deteriorate. In the spring of 2006 a biopsy revealed she had Stage 4 lung cancer. After many rounds of chemotherapy, Anne died nine months later, at age 40, leaving behind a now 12-year-old daughter and 7-year-old son.

“I was actually quite angry,” says her husband. “It took me months to get over the disappointment with the doctors.”

The importance of routine
Anne died December 5, 2006, the day before her daughter Leila’s 11th birthday, and Tom learned quickly, thanks to the help of social workers at his daughter’s school, that it was best not to alter a grieving child’s daily routine.

“I told my daughter that she didn’t have to go to school that day. But she wanted to go anyway. And she had my sister, who was staying with us, take her to the store to get cupcakes for her class.” 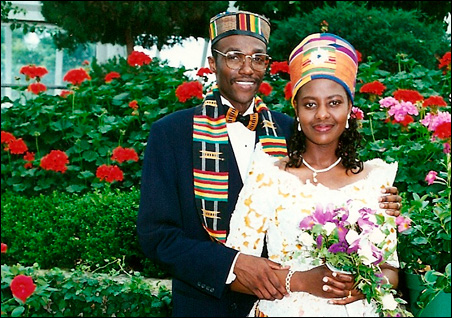 His son, Orobo, was in Nairobi at the time of his mother’s death, attending classes at his grandparents’ school in there. The Gitaas had considered having him return home during the time Anne was sick, but that’s not what she had wanted.

Orobo returned home for his mother’s funeral and her cremated ashes were taken back to Kenya.

Too many memories
On the one-year anniversary of Anne’s death, Tom started preparing his children to move from their townhome in Brooklyn Park. The memories had become too much.

“It is very tough,” says Tom, “Every time you turn in the bed Anne is not there.”

He bought a four-bedroom house in Apple Valley, in a neighborhood close to friends and relatives, and they moved in two days before Christmas with the intent of starting over in the new year. Gitaa re-created his children’s bedrooms exactly as they were in their old house. His children, at first, were reluctant to the move, but have since warmed up to the change.

“We have more room,” says Leila with a quiet smile, her little brother sitting next to her nodding and smiling in agreement. “In the other house we had more memories.”

Tom is now sleeping on a spare bed the former owners of his new home had left stored in the garage.

“I left the entertainment center and the bed at the old house.”

He’s ready to move on.

“We want to be respectful to Anne’s memory, and if I would ever to start dating I think it would be inappropriate to bring whomever I’m blessed with to the same home I shared with Anne. Before I take the next step of getting back into the dating scene, it would have to be in a different environment.”

He feels it is what Anne would have wanted.

“She was not one of those people who would dwell on things. So she would say ‘Oh, come on, grow up.’ So at this point she would be saying, ‘Oh, come on Tom, you need to get a grip.’ Other than making sure that the kids’ interests are number one, she would definitely want me to move on.”