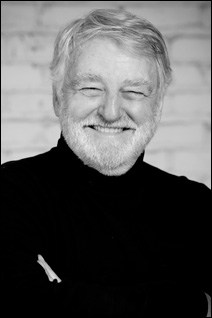 Hundreds of family members, friends and professional colleagues — as well as some of the political figures he most closely followed — gathered May 17 for a memorial service recalling the life of respected state Capitol reporter Jack Coffman.

A veteran of both the Star Tribune and the Pioneer Press, Coffman won several awards during his nearly 30 years there for his tenacious reporting, which included a groundbreaking Pioneer Press series on campaign contributions that forced legislators to tighten their rules and practices. He retired in 1999.

He died May 12 at age 71 at a St. Paul studio, where he avidly pursued his long avocation of photography. (We’ve included a sample of his work below.)

Here are excerpts from their remarks.

“Jack Coffman was a friend of mine.” You would expect to hear that phrase from someone giving a eulogy.  But you would not expect that from a politician who was stalked by a tough, smart political reporter for decades.

But I can honestly say that in the last four days since news of Jack’s death, numerous former and present legislators, Capitol staff and lobbyists have voiced to me nothing but respect for his skills as a reporter and kindness of him as a person.

Jack would have picked a day like today to celebrate his life: a beautiful spring day, this setting at the Como Conservatory, a Saturday in an election year with political conventions (he covered many of them) and the last days of the legislative session with its crazy pace, rumors abounding, and members red-eyed and testy. 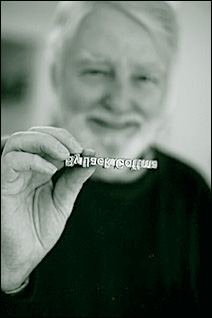 Photo by Emma Freemen
Coffman displays his byline, which comes out upside-down and backward when produced in the old hot-metal type.

Jack would have been just the opposite — calm, in control, humored by it all and reporting the facts, not rumors.

I would be remiss if I didn’t point out that today is Syttende Mai, Norway’s Constitution Day, because on occasion, Jack would make fun of my Norwegian-ness.  He lacked an appreciation for the fine cuisine and charismatic nature of Norwegian Americans.

Jack was a gifted writer, and one of Norway’s gifts to all of us was another gifted writer. — a playwright named Henrik Ibsen.  He wrote “Peer Gent,” “A Doll’s House” and many more plays.

I only mention this, because Jack would have laughed at this great quote by Ibsen: “It is inexcusable for scientists to torture animals; let them make their experiments on journalists and politicians”!

Much has been said about his gift as a writer:  His readers enjoyed his excellent, factual reporting. His professional colleagues respected his knowledge of the craft of writing and held him in high regard.

Just as he held his profession in high regard, he didn’t always take himself too serious and was able to find the humor and sometimes the absurdness of the legislative process. More than once he would quote to me a line from Will Rogers: “I don’t make jokes.  I just watch the government and report the facts.”

You’d hear similar comments from those who knew Jack or worked with him: courteous, a gentleman, someone respectful of your views. Very professional. No cheap shots. Quiet. Accurate. Thorough. He wrked on facts — you either knew your facts, or best not to appear before him!!

He liked politicians and politics. He was a student of the legislative process and was proud that he had covered legislatures in three states, Kansas, Iowa and Minnesota. In his last years at the Capitol, he lamented the lack of real characters in the Legislature.

He was different from some reporters; he was low key and kept in the background (he never took the front chair) and he rarely asked a lot of questions at a press conference. But afterward, he would circle back, stick his head in the room and say, “hey, guy, you got a minute?”

In those cases, you’d better be prepared.  He not only knew questions 1, 2 and 3 that he wanted to ask but questions 4, 5 and 6. He was respectful. 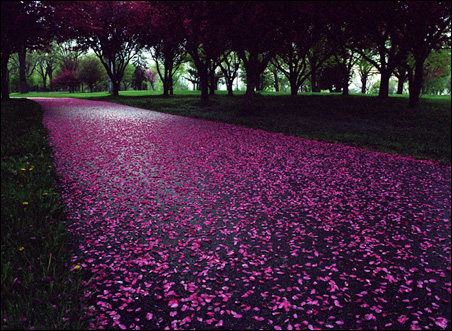 Photo by Jack Coffman
Coffman, whose extensive photography expertise was little known to many of his colleagues, captured the serenity of a St. Paul park in springtime.

And he always made my comments read better that I gave them. And on the rare occasion that I lost my temper, he always cleaned up my language. But only because I heard a few of those words come from him!

A colleague told me of the time Jack was interviewing him in the halls of the Capitol and another legislator, a representative, walked by and greeted my colleague and then said to Jack, “Hi, Bob,” and walked on.  Jack never looked up from his notebook but said, “I’ve covered that s.o.b. for 20 years and he still doesn’t know my name.”

He enjoyed mentoring new young reporters, and I met many in my office. He enjoyed teaching the art and craft of writing, reporting and the special place and nature of the Capitol.

This might come as a surprise to you reporters here, but just as you knew our politics, we tried to figure out yours. He wasn’t a Democrat, wasn’t a Republican. My take was that he was a prairie populist with a bit of Teddy Roosevelt progressive politics thrown in.

In another time, he might have been an organizer for the Non-Partisan League or a Farmer-Laborite. He wasn’t fond of anything big: big banks, big oil. He didn’t like a lot of the de-regulation.

My last story about Jack concerns his ongoing complaints about the Capitol press offices and how they resulted in reporters with squinted eyes, hair growing on back of their hands and walking hunched over!

My response: “I can’t understand why you are not happy being in the basement, with poor lighting, no windows and low ceilings.” And he would laugh and agree that it would be a mess to clean up.  He once told that if they cleaned out WCCO reporter Eric Eskola’s office, they would probably find Jimmy Hoffa!

In closing, I wanted to say that I have been asked by many people who couldn’t be here because of the  legislative session and other conflicts to express their sympathy to Jack’s family  and to let you know that all of us share your loss. And to thank you to for letting us share him with you.

My role here is to share with you my perspective on a great reporter, a wonderful person and my friend Jack B. Three values defined Jack B., who was either straight-faced or with an all-out smile dotted with twinkling eyes, I came to appreciate Jack B. on three fronts: relationships, fun and as an idealist/romantic.

Jack B. built his trade on relationships. His pioneering work on lobbyists’ undue influence on legislators pointed out a relationship that wasn’t healthy. He was right. His relationship with me: A friend was never compromised. When he started questioning, it was best to ‘fess up. Everything — including when you potty-trained or sucked your thumb. Best tell him up front — he’d find out anyway.

Jack B. built our relationship. A Jack B. relationship with all of us was special. But to you, his family, yours was a league all your own.

In terms of fun, Jack B., with his twinkling eyes, loved to laugh and have fun. He came to Lanesboro with a young, slender woman from our staff, on a snowy day, to write a piece on me. I took them forth on a tour of the hilly farmstead. Jack B and I had Sorrels (super-traction boots). The lovely Lynn had high-style boots that didn’t grip. She was slipping, falling, rolling. Halfway up a hill, I said to Jack B., who was laughing out of control, if there was anything else he’d like to see. “Yes,” he responded. “More steep inclines!”

Back then, the governor at the time and I were dueling a bit. While Jack B. was there, he got to meet Cliffy, the jumping mule. Cliffy could jump fences, into trucks, over two-by-fours. Quite a spectacle! As the pictures of this marvel were being taken, Jack B. with a twinkling eye said, “The Governor is going to love this.” Sure enough, Cliffy made the front page. It was goofy.

Jack also was an idealist and a romantic. He believed government should wor and that no one should get too full of themselves or too hard on themselves. His ethics probes were about the way the political system should be.

Jenny Engh was asked by Jack to visit a journalism class that Jack taught at St. Thomas. The day before the visit, the class members were to write their impressions of what they expected a lobbyist to be. Some of their responses: cigar-smoking … three-piece suit … overweight … winged-tip influence peddlers. Those of you who know Jenny know she is none of above — actually, the opposite on all counts. Jack B.’s point, he made eloquently: Don’t prejudge — be a reporter, find out, do it right.

So today, we honor Jack B. for what he meant to us. Damn it was worth it, and then some!