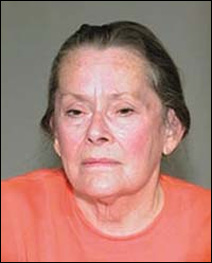 Courtesy of the Arizona Department of Corrections
Marjorie Caldwell Hagen (2002)

The last surviving central figure in the famous Congdon Murder Case — the 1977 murders of Duluth heiress Elisabeth Congdon and her night nurse — Hagen has spent many of the past 31 years in prison.

She was arrested for her latest alleged crime — forgery and theft — more than a year ago in Tucson. Her trial, though, has been delayed several times and was finally supposed to start this month. But now we’ve learned this week that it’s been delayed again, until Oct. 7. Reports from Arizona indicate she is scheduled for surgery of some kind.

Hagen, 75, was an adopted daughter of Elisabeth Congdon, who never married. Congdon, however, did raise two adopted daughters in the stately 39-room Congdon mansion on the shores of Lake Superior.

Glensheen mansion tours still a big draw
The house, the scene of one of Minnesota’s highest-profile murder cases, is now called Glensheen. It’s owned by the University of Minnesota and is open for popular tours of its historic interior and rambling grounds.

Until three years ago, tour guides at the mansion were told not to discuss the murders with visitors, although some would quietly mention that you could find a book about them at the local gift shops and gas stations.  But now, they are allowed to point out the room and answer basic questions about the case — although some still refuse to — and they now sell my book, and two others about the case, in the mansion gift shop.

Miss Congdon was 83 and partially paralyzed when an intruder snuck into the mansion on the night of June 27, 1977. The night nurse, Velma Pietila, was beaten to death with a candlestick holder on the sweeping central staircase, trying to defend her frail charge. Then the killer went to a second-floor bedroom and smothered Miss Congdon with a pillow.

Marjorie Caldwell, as Hagen was then known, was instantly considered a suspect in her mother’s murder. She and her new husband, Roger Caldwell, were living in Colorado and were flat broke. Marjorie had been cut off from the Congdon millions because she was considered a spendthrift who was constantly trying to wheedle money from her mother.

Roger Caldwell was soon arrested for the murders. Police said he was trying to speed up his wife’s multimillion-dollar inheritance. Caldwell was convicted and ultimately signed a confession; he killed himself in 1988.

String of legal run-ins
After Roger’s conviction, Marjorie was arrested and charged with helping plan the murders. But she was acquitted after a lengthy trial in Hastings. Afterward, she stopped visiting Roger in jail and, in 1981, married an old family friend, Wally Hagen. She apparently never divorced Roger, though, and was charged in North Dakota with bigamy.

Marjorie served more than two years in a Minnesota prison for burning down a Mound home in the mid-1980s, then moved to Arizona with Hagen. Houses around their tiny bungalow in Ajo, though, began burning down, and Marjorie was convicted of attempted arson. She served nearly 11 years in prison for that.

After her arson conviction but before she was imprisoned, Wally Hagen died. At first, police thought she’d turned on the gas to kill him, and Marjorie was charged again with murder. But an autopsy showed Wally Hagen had ingested large amounts of prescription drugs, and there was evidence that they’d concocted a dual suicide plot. Marjorie, though, apparently hadn’t joined him in the act.

Marjorie was released on the arson prison term in January 2004 and continued living in the Tucson area. She stayed busy though, suing her landlord, accusing her lawyer of theft and adopting a greyhound.

The latest charges came to light last spring, when police learned that Marjorie had befriended an elderly man in an assisted-living home. She helped the man with his finances but, after he died, allegedly continued cashing his checks. After bank officials noticed the problem, police checked to see what had become of the victim. They’ll never know, though. On Marjorie’s orders, the body was cremated before the checking irregularities were discovered.

The greyhound adoption group took back Marjorie’s dog, Blueberry, after this latest arrest. She sued them to get the dog back, but the case was dismissed.

I’ve been waiting to hear about the latest trial because I need to update and reprint my book about the murders, “Secrets of the Congdon Mansion,” which has sold tens of thousands of copies since its original release in 1985.  I’ve held off on the new version, hoping to include the outcome of her latest trial. But it’s not going to happen in time for this year’s edition.