Helen Sell has lived a full and rich life.  She’s had a career, as a University of Minnesota instructor. Married, mother of five children. Grandmother.

But on Thursday, Victory in Europe Day promises to fill a void that’s been present for six decades. Finally, Sell, and women like her, will be able to share their memories as veterans of World War II.

The women, now in their 80s, will be honored in a ceremony at the Capitol and then at a luncheon at the Fort Snelling Officers Club.

“It’s going to be great,” said Sell, whose name was Helen Long when she left her home in Luverne and joined the Army as a nurse in 1943 when she was 23. “I expect to meet people who went through that era having experiences something like the experiences I had. That will be something very different.”

An Army nurse’s experiences
The  experiences of the naïve registered nurse were extraordinary. She left Luverne and, within months, was in Scotland and then, London, German bombs falling all around.

“When you’re young, you don’t really think about it,” she said of the bombings. “You just sort of accept things.”

Within weeks of D-Day, she followed the Allied troops across France, aiding the maimed who were all around her.

“The things you see,” she said, softly. “That’s why I’m against all wars now. But it seems like we never learn.”

Along the way, she lost a fiancé. He was a glider pilot and had told her he didn’t expect to survive the war. He was right.

Sell, who rose to the rank of lieutenant, doesn’t recall celebrating the end of the war in Europe. What she does recall is that she was preparing to be sent to the Pacific Theater when the Japanese surrendered and she was able to come home to Minnesota.

The service she had done was quickly something that was set aside.

“It was something I never talked about,” she said. “Most of my friends had stayed home and had babies and played bridge. They weren’t interested.”

And it wasn’t dignified for women to stop by the VFW and Legion Clubs to share a drink and a few stories.

So, the memories stayed locked inside, while she went back to school on the GI bill and, with her husband, Bob, a Navy vet who served in the South Pacific, raised a family.

At this point, said Julie Eszlinger Jensen, a retired Army colonel who has worked mightily to put this event together, there’s not even a count of how many Minnesota women served in WWII. The Minnesota Department of Veterans Affairs and the Air Force Association are trying to increase the database of women who served. More information about the data base can be found here.

Micky Axton first woman to fly a B-29

Micky Axton, who now lives in Eden Prairie, will be at the event in spirit, if not in person. A cracked tailbone has slowed the 89-year-old woman down.

“It’s wonderful they’re doing this,” said Axton, who as a member of the Women Airforce Service Pilots (WASP), was the first woman to fly a B-29.

That came in 1944, when she ferried a new bomber from the plant in Wichita, Kan. 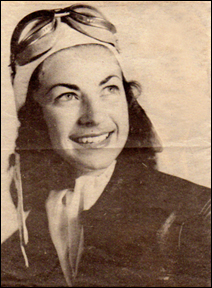 Courtesy of Mildred Axton
Mildred “Mickey” Axton, shown at age 23, was the first woman to fly a B-29.

Typically, however, Axton didn’t ferry the new stuff. She was a test pilot, meaning it was her job to fly planes that had been damaged to see if they were again flight-worthy.

“There were three of us who first showed up in Texas to test the planes,” recalled Axton. “Let me tell you, the men were happy to see us. They treated us like royalty. They didn’t want to have to be the testers.”

She had a degree from Kansas State, a pilot’s license, a husband, David, and a daughter when she joined the WASP in 1943.  She was motivated to join by the dire letters her family was receiving from her brother, a fighter pilot at Guadalcanal.

“He wrote about how badly outnumbered they were, about how many in his squadron had been killed, I knew I had to do something,” she said.

With the blessings of family members, she joined. She saw a number of women killed — including her best friend — on test flights.

“But at that time, the military wouldn’t do anything,” she said. “We had no rank. They wouldn’t even pay for the bodies to be sent back to their homes, so we’d scrape up the money among ourselves.”

The WASP program was de-activated in 1944, its records sealed for more than 30 years. It wasn’t until 1979 that women who had served received status as military veterans.

Axton has a theory as to why there’s been so little recognition of what women did during WWII.

“It was those old men in Congress,” she said. “They didn’t want anybody to know how much we could accomplish.”

Those old men have been pretty much forgotten, while the women who served finally are being celebrated.

On V-E Day, long-overdue honors will go to state women who served in WWII