Minnesota’s celebration of its sesquicentennial — the 150th anniversary of statehood in 1858 — has launched many “looking-back” projects at the History Center, the Capitol and at area media outlets.

Many state agencies have weighed in, too. And even though there aren’t many references in the history books to Minnesotans with disabilities in those early days, the Minnesota State Council on Disability wanted to take a look back, too.

Earlier this year, I worked with the council on tracking legislative issues. In the process, I helped prepare a brochure on some early Minnesotans with disabilities. (Copies of the brochure are available at the Minnesota State Council on Disability, 121 E. Seventh Place, Suite 107, St. Paul, MN 55101; email.)

Here, adapted from the brochure, are some highlights from what I found:

Michael Dowling was just 17 when he made a deal with the Yellow Medicine County commissioners: If they’d buy artificial limbs for his two legs and left arm (which had been amputated after he was caught in a blizzard) and send him to college for a year, he’d vow to live independently the rest of his life. 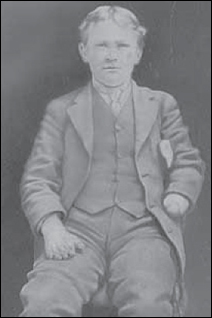 Courtesy of the State Council on Disability
Michael Dowling

The commissioners agreed, and Dowling succeeded. After college, he became a teacher and school principal. He later owned newspapers, an insurance business and a bank and was elected to the state Legislature. He even ran for U.S. Senate. Dowling Urban Environment School in Minneapolis is named for this remarkable Minnesotan.

Pioneering efforts
As we celebrate Minnesota’s sesquicentennial, Dowling’s story is a reminder of the many people with disabilities who played important roles in the state’s early days.

Disabilities weren’t discussed freely back then, nor were they well understood, but like all societies and cultures, early Minnesotans — American Indians and settlers — lived with blindness, deafness, other congenital disabilities, debilitating disease, severe injuries and mental illness.

After the Civil War of 1861-65, for instance, thousands of Minnesota soldiers returned home with disabling wounds, amputations and diseases, then went on to positions of prominence in the community.

From the earliest days, state officials have found ways to aid people with obvious disabilities. Just five years after Minnesota became the 32nd state in 1858, the state opened the school that would become the state’s Academy for the Deaf and the Academy for the Blind. In 1866, the Legislature established what is now known as the St. Peter Regional Treatment Center.

Michael Dowling, the triple amputee, led the first legislative effort to provide state aid to children with disabilities and the first public hospital for those children was created in 1897; it came to be called Gillette Children’s Hospital.

More about Michael Dowling
The blizzard of 1880 descended on Minnesota with such speed and ferocity that young Michael Dowling — then a 14-year-old farmhand in Canby, Minn., along the southwestern edge of the state — was caught outdoors without shelter. He survived the snow and frigid temperatures but suffered frostbite so severe that a doctor amputated both legs and his left arm. He lost the fingers of his right hand, too.

After the blizzard, he became a ward of the state and lived with a foster family as he recovered from the triple amputation.

Three years later, when he was 17, he made that deal with the county board.

Dowling put to good use his year of college at Carleton College, in Northfield, teaching in area schools for two years before being named a school principal, first in East Granite Falls and then in Renville. He started an insurance business, bought two newspapers and, by 1893, was assistant clerk of the Minnesota Legislature. He soon became chief clerk and, in 1900, was elected as a state representative and was chosen Speaker of the House.

After an unsuccessful run for the U.S. Senate, he bought a controlling interest in two banks and served as mayor of Olivia. He traveled to military hospitals to inspire World War I veterans who had lost limbs.

He reportedly had a great sense of humor, too.  According a passage in “The Things We Know Best,” a local history edited by Minnesota poet Joe Paddock, Dowling loved to tell about a Minneapolis bellhop who helped him prepare for bed.

“Take off my leg,” Dowling said. The bellhop did. Then he helped with the other leg, then the arm. But when Dowling said, “Now, take my head off,” the bellhop ran from the room.

According to Steven E. Koop, who wrote “We Hold This Treasure; The Story of Gillette Children’s Hospital,” Michael Dowling was an inspiration to all Americans of the time.

Early Minnesotans with disabilities
Pierre Parrant, better known as Pig’s Eye, was a coarse, ill-tempered fur trapper-turned-moonshiner who sold whiskey to soldiers at Fort Snelling in the early 1830s. He was blind in one eye. Parrant had the distinction of running the first business in St. Paul, when he set up shop on the banks of the Mississippi River after being run out of the fort.  His name — and establishment — became well-known by rivermen, and soon the area was called Pig’s Eye. When Father Lucien Galtier arrived and built a chapel in 1841, though, the settlement’s name was changed to St. Paul.

Techa, a Sioux warrior also known as One-Legged Jim or Wooden-Legged Jim, was often seen on the streets of early St. Paul. His leg was shattered during an 1842 battle with Chippewa Indians near Stillwater. He amputated it himself on the battle field and then fashioned his own crude wooden leg. 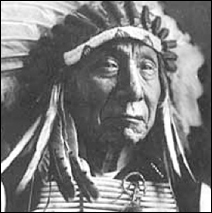 Courtesy of the State Council on Disability
Red Cloud

Red Cloud, a chief of the Oglala Teton Sioux in the mid-1800s, resisted many government attempts to infringe on the tribe’s hunting grounds. He finally signed a treaty in 1868, after getting assurances that military garrisons in the area would be abandoned. He lost his sight in his later years, but until his death in 1909, he lobbied for tribal control of their lands.

William Covill, a Civil War hero who led the First Minnesota regiment in its famous charge at Gettysburg, was injured in that battle when a shell fragment hit his back and a bullet went through his foot. He limped and used a cane the rest of his life. After the war, Covill was elected state attorney general and ran for Congress.

Charley Goddard is mentioned in Richard Moe’s Civil War book “The Last Full Measure” as a Winona veteran who enlisted at age 15. Back home, he “was increasingly plagued by his wounds and the illnesses that followed him through the war.” He won an election for county registrar of deeds but died a few weeks later at age 23. 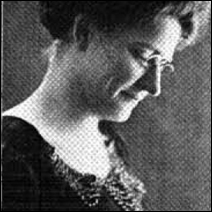 Courtesy of the State Council on Disability
Agatha Tiegel Hanson

Agatha Tiegel Hanson, a poet and teacher, was deaf and blind in one eye. In 1893, she became the first woman to graduate from what is now Gallaudet University, a prestigious higher-education facility for the deaf in Washington, D.C. She was class valedictorian and moved to Minnesota and taught for six years at the Faribault School for the Deaf.

George E. Hyde was a Nebraska historian who spent time in Minnesota chronicling the plains Indians. Born in 1882, he was deaf and nearly blind. His thorough research made him the dean of American Indian historians. 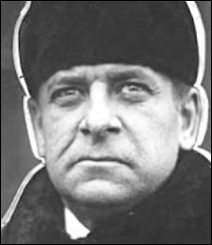 Courtesy of the State Council on Disability
Thomas Schall

Thomas Schall was a well-known 29-year-old attorney trying a case in 1907, when he tried to light a cigar with a new-fangled electric cigar lighter. The device blew up in his face. Over the next year, he lost his sight but continued his law practice and became active in politics. He became the first blind congressman in 1914 and served in the House until 1925, when he became the first blind U.S. senator. He voted to repeal Prohibition and opposed Roosevelt’s New Deal. His guide dog, Lux, became well-known in Washington D.C., and a dog-food company used Lux’s picture in its advertising.