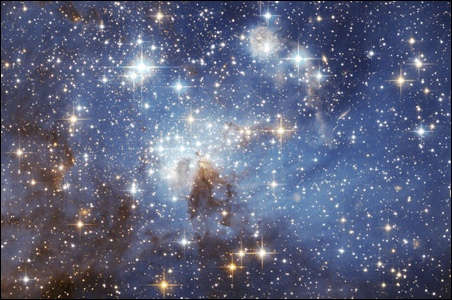 A star is moving from west to east — between Gemini and the Beehive Cluster — and becoming increasingly intense.

About a dozen die-hard amateur astronomers have gathered at Onan Observatory in Baylor Regional Park, 25 miles southwest of the Twin Cities, to observe an iridium flare, which occurs when the sun reflects off a passing satellite in the night sky.

Then Steve Emert, vice president of the Minnesota Astronomical Society, sees a pinkish glow in the sky — a dome of light going up about 20 degrees above the horizon.

It’s light pollution, and a key reason why these celestial addicts have traveled well outside the Twin Cities for their star party. It’s now almost impossible to clearly see stars in the night sky from within the Twin Cities and nearby suburbs.

Light-colored glow
Most light pollution comes from outdoor lighting. The scattered light creates a light-colored glow that illuminates the sky, making it difficult to see the stars.

Ron Schmit, who teaches  astronomy education at the Science Museum of Minnesota in St. Paul and works at  the Onan Observatory, said that if the night sky is clear outside the Twin Cities, about 2,000 stars can be seen from the  observatory.

“If you go downtown [Minneapolis/St. Paul], you can only see about 20 stars…maybe a hundred if you’re lucky,” he said.

As a result, more astronomers like Elliot McKinley are now taking their telescopes out of town.

McKinley said that 20 years ago Onan would have been considered a dark sky site. Not anymore.

Onan, like other observatories around Minnesota, is threatened by the light of growing suburban development. “People keep moving out, subdivisions keep building up, municipalities keep throwing up wasted light” McKinley said.

Light pollution “keeps pushing us further and further out,” he said. “To do serious work and to really enjoy the sky … you have to go maybe another hour out of town.”

McKinley, like other serious astronomers, will make trips to remote, pristine dark sky areas around the country — mainly out west. Tucson, Ariz., is considered a top destination, partly for its proximity to Kitt Peak National Observatory. Tucson is also headquarters of the International Dark Sky Association, one of the world’s largest resource centers on light pollution.

Arizona has been a leader in fighting light pollution. Fifty years ago, the Flagstaff City Council banned advertising search lights to protect the night sky for astronomers.

Lighting up space
Michael Kauper, a Minneapolis advocate for light pollution policy who has taught astronomy to children for more than 30 years, said the United States annually sends what amounts to $4 billion to $5 billion of light into space by way of street lighting. “Nobody sees it except the astronauts.”

Robert Gehrz, professor of physics and astronomy at the University of Minnesota, said any kind of bulb left uncovered will emit in all directions — “up as well as down.” But street lights — especially high-powered security lights — create the most waste of light and energy because they light so much of the air above.

Gehrz and others concerned about light pollution want city planners to adopt policies that would require directing the wasted light away from the sky and pinpointing it where it would do the most good.

The switchover to full cutoff lighting (fixtures that prevent upward light and minimize glare) is gaining attention at the Minnesota Legislature. House Rep. Phyllis Kahn, DFL-Minneapolis, has been working on a bill that would introduce a model lighting ordinance.

Kahn said smaller Minnesota cities have developed new lighting ordinances, but metros areas are lagging behind. New lights around the Metrodome and Guthrie theater are especially bad, she said, as are the lights at the University of Minnesota’s Science Education building.

“One of the problems we have with this issue is that very few people understand it,” Kahn said.

“They don’t think it’s like a river being polluted,” Kahn said.

But there’s little uniformity in the regulations.

But if there’s a Minnesota city that’s lighting the way, it’s Mankato.

Public safety issue
In Minneapolis, lighting and public safety are closely connected.  “Our priority is safety for people walking on the sidewalks and using the street,” said John Wertjes, director of traffic control and safety for the city.

“We tend to think that lighting at night equals safety,” Otterstatter said. “There are no conclusive studies to how that crime goes down in lighting. Criminals want to be able to see what they’re doing.”

While cities debate the pros and cons of new lighting rules, stargazers worry that fewer and fewer stars can be seen the metro-area skies. The Minnesota Astronomical Society is looking to for a new stargazing site even further out than Onan.

On the night of my visit, not long after seeing the iridium flare, I drove  away from the observatory in near total darkness.

Within a few minutes I was on the edge of a small neighboring, where a local convenience store shined like a flare. It could be seen for miles, light shining in all four directions.

Suddenly, I could no longer see the stars.

Julie Wilbert is a freelance writer in St. Paul and just bought her first telescope.

New era in space travel begins — and the U.S. is on the sidelines
By Sharon Schmickle
Wednesday, April 2, 2008