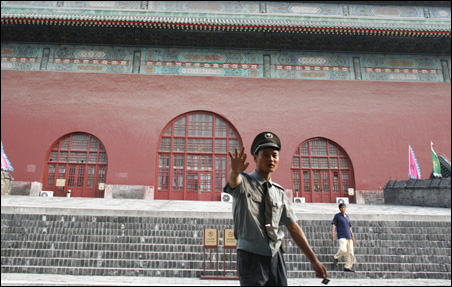 Todd Bachman is murdered at the Olympics where his daughter once played and his son-in-law was poised to coach the U.S. team to a gold medal

I was writing a silly story about gymnastics in the noisy workroom of the airplane hangar-like Main Press Center.

The email was from a friend who is an editor at a prominent national publication.

It read: “Just checking to see if you know anything or can help us at all with the in-laws of the volleyball coach who was attacked today. We think they are from Minnesota. I’m sure you know what’s going on by now.”

Not really. It was an awful story, but not one I thought was mine to follow. All I knew is what the official Chinese Xinhua news agency had reported, what Reuters had picked up and what had circulated amongst reporters.

I didn’t know that a member of one of the most recognizable families in Minnesota business had been murdered.

The Reuters report said: “A Chinese man attacked two U.S. tourists, killing one, and a Chinese tour guide on Saturday in a rare attack on foreigners in Beijing, site of the 2008 Olympic Games.

“Tang Yongming, 47, from the eastern city of Hangzhou, jumped to his death from the second story of popular tourist spot the Drum Tower after the incident, Xinhua news agency cited a Beijing city government spokesman as saying.

Xinhua did not give a motive for the attack.”

And there were no names attached to the initial report.

“The United States Olympic Committee has learned of an incident that occurred earlier today involving two family members of a coach for the United States Olympic Men’s Indoor Volleyball Team,” it said. “While at the Drum Tower in central Beijing, the two family members were stabbed during an attack by what local law enforcement authorities have indicated was a lone assailant.  One of the family members was killed and the other seriously injured. Following the attack, the assailant took his own life.”

In its context, it was awful for the first full day of the Olympics and positively devastating for the U.S. men’s volleyball team. It’s favored to win a gold medal here. And now their coach has had family members assaulted. Horrible.

That’s what I thought.

Then came the email, and a phone call. 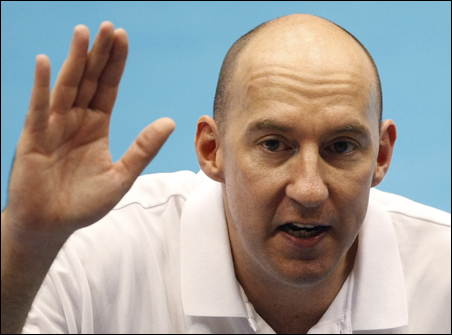 “We think it’s the volleyball coach’s in-laws,” this editor told me. “The coach is married to a former volleyball player from Minnesota.”

Wiz Bachman, I thought to myself. Had to be.

I told the editor of the family’s name and brand in the Twin Cities.

I would soon learn that Elisabeth “Wiz” Bachman, one of the finest volleyball players ever to come out of Minnesota, was with her parents when the attack occurred. She wasn’t hurt. But the experience. The horror.

Wiz had been named the Star Tribune’s Volleyball Player of the Year in 1995 at Lakeville High. She opted to attend and play for UCLA, a powerhouse, and loved it there. I covered her at the 2004 Olympics in Athens.

Wait, I chatted with Todd Bachman about volleyball one day at his Lyndale Avenue headquarters. I dug into my bundle of on-line clips and into my scattered memories.

We’d met a few weeks before we both were to leave for Greece and those Olympics. The Bachmans were loyal fans of their superstar daughter. In fact, as I recall, Barbara Bachman said she missed only a handful of home games when Wiz was at UCLA. That is, Mrs. Bachman would fly regularly to California to watch her 6-foot-4 daughter play. 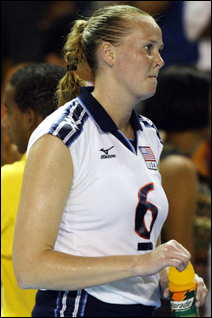 Todd and I talked about how Wiz avoided learning the family business because of her sports interests.

And later, in Athens, Wiz told me, “Athletics brought me in a different direction” from the family business … I try not to bring everything back to my family. I’m sure I would have grown up in the business and would have worked there in any after-school job. But we’ve all kind of led our own path.”

The U.S. women’s team didn’t live up to its expectations in Athens, finishing fifth. During those days, I bumped into the Bachman parents at the arena once or twice. They were casual and friendly. I was, as always at an Olympics, busy. They were cursory greetings.

From time to time over the next few years, Wiz and I emailed each other as I kept track of her status with the U.S. national team. Somewhere along the way, she told me she’d gotten married and the 2008 Olympics might not be in her plans.

An email I just found in 2007 said she was on the roster, but not training with the U.S. team.

She told me she’d married Hugh McCutcheon, the coach of the U.S. men’s team. That was in December 2006.

And now today at one of Beijing’s most famous tourist spots, the Bachman family was together. Volleyball brought them here. The U.S. men’s team is set to play its first game Sunday against Venezuela. Todd and Barbara’s son-in-law was to lead the U.S. squad.

Now, whether McCutcheon will coach here during the Olympic tournament remains unclear.

As for my gymnastics story, that was interrupted by my friend’s now disturbing email … I didn’t finish it.