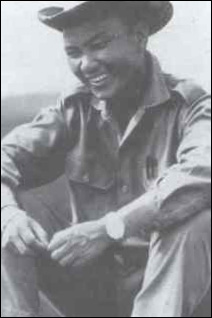 Courtesy of the Central Intelligence Agency
Laotian Gen. Vang Pao, in a photo taken in the early 1960s, somewhere in Indochina.

In November of 2006, retired U.S. military officer Harrison Jack made a telephone call to an Arizona-based defense contractor. According to an indictment filed in federal court, Jack had a very specific request: He wanted to purchase 500 AK-47 automatic assault rifles. Soon after Jack hung up, the contractor reported the conversation to the Phoenix office of the Bureau of Alcohol, Tobacco, and Firearms. Seven months later, a federal grand jury handed down a five-count indictment against Jack and 11 co-defendants, including Hmong military leader Gen. Vang Pao. Their crimes? Among other things, Jack and Vang Pao were charged with preparing to wage war against the government of Laos, in violation of the federal Neutrality Act.

In St. Paul, where Vang Pao has kept a home for many years, the reaction of the Hmong community was mixed. When the charges were announced, Ilean Her, director of the Council on Asian-Pacific Minnesotans, told the Star Tribune that, “Some people have positive feelings about the general, some don’t like him … but this will come as a shock.” Others were explicit in their condemnation of the federal prosecution, seeing the move as a betrayal of a once loyal U.S. ally from the Vietnam War era.

Used infrequently throughout its long history, the Neutrality Act has been employed several times in recent years by the Justice Department — particularly in terrorism-related prosecutions. What, then, does the law consist of? And why are Neutrality Act cases being seen in the federal docket at this time?

A brief history of the act
The origins of today’s Neutrality Act can be found in statutes enacted in the early part of the 20th century. Before World War II, Congress passed a variety of laws aimed at ensuring American neutrality in the face of foreign military hostilities. For instance, from 1935 to 1939, it enacted several discrete neutrality laws that banned the sale of munitions or the provision of financial assistance to any party in an armed conflict. Many of these statutes were repealed in 1941, with the entry of the United States into the war. However, some aspects of previous neutrality laws remained part of the U.S. criminal code. Today, section 960 of that code prohibits hostile actions by American citizens against nations that the United States is at peace with, and bans participation in “military or naval expeditions” against those same countries.

Prosecutions under this law have been relatively rare, but they have occurred on occasion. In the mid 1980s, Neutrality Act violations were charged against a number of Haitian nationals, including Raymond Ramirez and Claude Perpignand. In 1984, Ramirez met with an illegal arms dealer, and sought weapons for the purpose of overthrowing the government of Haiti. As fate would have it, the arms dealer was also a federal informant, who passed Ramirez off to an undercover U.S. Customs agent. The Customs agent negotiated an arms sale for Ramirez, and also arranged training facilities for a core group of fighters that Ramirez had organized. On May 29, 1984, Ramirez, Perpignand and 11 others flew to New Orleans to begin their training regime. All 13 were arrested in Louisiana, and charged with violating the Neutrality Act, as well as with conspiracy to violate the same.

Each of the co-defendants pled guilty, but Ramirez and Perpignand did so conditionally, and later brought an appeal before the Fifth Circuit Court of Appeals. In their brief, Ramirez and Perpignand asked the court to dismiss the original indictment on the grounds of selective prosecution. They maintained that the federal government was selectively enforcing the Neutrality Act by allowing private paramilitary groups to stage operations against Cuba and Nicaragua, while they and their Haitian cohorts were subjected to criminal sanctions for similar activities. Ramirez and Perpignand argued that the Cuban and Nicaraguan actions were deliberately overlooked by the Justice Department because they complemented the foreign-policy goals of the Reagan administration. Ultimately, the court rejected the arguments made by the two Haitians, and affirmed the judgments against them. Their case makes an interesting comparison when viewed against the current legal entanglements of Gen. Vang Pao.

Vang Pao’s 2007 grand jury indictment claimed that the general and his co-defendants raised money and purchased weapons for the express purpose of fomenting “the violent overthrow of the sovereign government of the nation of Laos, with which the United States is at peace.” The indictment also alleged that the co-defendants went several steps further, by formulating a military plan, engaging in surveillance, and seeking to employ mercenaries to carry out attacks in the Laotian capital. In a meeting with an undercover ATF agent, Vang Pao is alleged to have selected specific governmental facilities to be destroyed in the opening stages of a campaign known as “Operation Popcorn.” In subsequent communications with the undercover agent, Harrison Jack allegedly ordered a variety of small arms, anti-aircraft missiles, and other weapons.

If proven in court, the alleged paramilitary conduct of Jack and Vang Pao would fit squarely within the parameters of the current Neutrality Act. However, other recent Neutrality Act cases have involved far less conventional activities.

The Virginia ‘Paintball Jihad’
In 2004, federal Judge Leonie Brinkema found three Virginia men guilty of conspiring to aid the Indian terrorist group Lashkar-i-Taiba. Their convictions marked the end of a case that began with a 2002 indictment for violating the Neutrality Act, among other crimes. In the indictment, the grand jury alleged that a group of 11 co-conspirators in Alexandria, Va., plotted to join a Muslim insurgency against the government of India, and undertook overt acts in furtherance of that plan. These acts included engaging in firearms training, traveling to a Lashkar-i-Taiba camp in Pakistan, and playing paintball in the forests of Virginia. Specifically, the indictment held that “… the defendants and their conspirators practiced marksmanship with AK-47 style rifles … at firing ranges operated by private parties” and “used paint-ball weapons and equipment to practice small-unit military tactics and simulate actual combat in preparation for violent jihad.”

At the time, some attacked the government’s case as overly broad. In a 2004 interview with this author, Washington, D.C.,-area attorney Elaine Cassel maintained that the Virginia Neutrality Act prosecutions simply provided the federal government with a pretext for singling out those who supported Muslim causes.

“A couple of the defendants had traveled to Pakistan and participated in a training camp operated by Lashkar-i-Taiba … so it is not disputed that the two of them came back and talked about the cause,” Cassel said. “Now what is in dispute is that when they played paintball, they were doing those activities as preparation to fight with a terrorist organization against a friend of the United States.” For their part, federal prosecutors argued that the conduct of the defendants clearly violated the terms of the Neutrality Act.

Ultimately, most of the “Virginia 11” never stood trial for violating the Neutrality Act. Many of the co-defendants pled guilty, and those who remained were charged with conspiracy to violate the Neutrality Act in a superseding indictment, as well as with material support for terrorism. Four of the original group ultimately went to trial, and on March 4, 2004, Judge Brinkema found three of them guilty of a variety of offenses, including the conspiracy-related charges.

The Neutrality Act — why now?
Bobby Chesney, a specialist in national security legal affairs at Wake Forest School of Law, does not believe that recent Neutrality Act charges indicate that the Justice Department is giving the law a special focus. Despite the high-profile cases associated with the act, Chesney did not know of statistical evidence that demonstrated an overall increase in the use of the law. He said that the recent cases were largely “a byproduct of a larger focus on international terrorism after 9/11.”

That focus, he said, “naturally leads to more scrutiny of potentially harmful activity that individuals may engage in outside the U.S.,” which in turn may lead to “the occasional discovery of a Neutrality Act violation.”

The state of the Vang Pao case
The legal case against Gen. Vang Pao continues to move forward. Most recently, Vang Pao’s attorneys filed motions to change the terms of his pretrial release, which would modify restrictions on his ability to travel. Hearings on evidentiary matters are expected to occur later this fall.

Attorneys for the general have routinely maintained that the government’s allegations are overblown, and that “Operation Popcorn” — such as it was — had little chance of succeeding. A joint defense brief filed last year dismissed the quality of Vang Pao’s operational plan, and asserted that “this case fits the pattern of many recent so-called “terrorism” prosecutions: it started with a bang, but is destined to end with a whimper when the real facts came to light.”

U.S. Attorney McGregor Scott has maintained that the plausibility of plans to violate the Neutrality Act is less important than their intent. “Federal law is without equivocation,” Scott said in a Department of Justice press release. “You cannot conspire to overthrow a foreign government with whom our nation is at peace.” The prosecution contends that evidence introduced at trial will ultimately prove that Vang Pao, Jack, and their associates planned to do just this. Transcripts of conversations between Harrison Jack and an undercover ATF agent reveal that Jack repeatedly cited extensive operational plans, and talked about raiding communications centers and military compounds in Vientanne, Laos. “I’ve been impressed with their planning,” Jack said of his collaborators. “I’ve got one document in my possession that is somewhat of an operations order … when they pull the pin, this thing is going to be a blitz.”

Ultimately, the case may turn on one of the central claims that the defense has put forth in recent months — namely that Jack and Gen. Vang Pao believed that they were operating with the explicit support of the CIA. In surveillance recordings cited in a 2007 defense brief, Jack is quoted as telling an undercover ATF agent that his Hmong colleagues had “met with the CIA” and that a deputy director of the agency had told them that “you need to take care of yourself in the field, and we’ll support you.”

The veracity of this claim has yet to be tested in court, but Vang Pao’s defenders point to it as a source of irony, given the general’s background as a leading covert warrior fighting Communists on behalf of the United States during the Vietnam War. In a 2007 editorial in the Hmong Today newspaper, Chong Jones wrote that, “Vang Pao is a product of U.S. policies. Now U.S. policies will condemn him for his alleged actions.”

Matt Ehling is a freelance television producer and documentary filmmaker based in St. Paul.