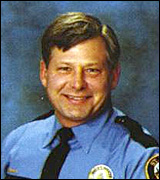 Attorneys are expected to begin selecting a jury in federal court in Minneapolis today for a case that could have played on “NYPD Blue.” Call it Ramsey County Red.

The scheme
It’s a Wednesday, Nov. 3, 2004. The FBI has seeded a St. Paul hotel room with $13,500 in cash. A “cooperating individual,” according to the grand jury indictment, calls St. Paul Police Department Officer Timothy Rehak, who is assigned to the special investigations unit of the Ramsey County sheriff, and tells him that a drug trafficker had been arrested and is trying to recover the drugs and money he had left in the hotel room. The “cooperating individual” gives Rehak the perp’s name and IDs the hotel.

Rehak, and Mark Naylon, a public information officer working with Rehak, go to the hotel, where they find the room, rented in the perp’s name. After a hotel clerk thwarts their attempt to enter the room, Rehak and Naylon convince a Ramsey County deputy to get a search warrant.

It’s about 5:30 in the afternoon. The sun is dropping in the November sky, when Rehak, Naylon and the deputy, now armed with a search warrant, unlock the door. The deputy searches the bathroom, while Rehak and Naylon toss the main room. Rehak finds the bag of dough the FBI planted in the dresser. He nods Naylon closer, then gives him $6,000 of the $13,500. Naylon slips the cash into his jacket pocket. 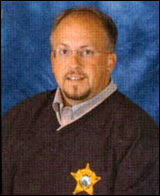 It’s midnight when they call the Ramsey County deputy at home. There was an extra $6,000 in the hotel room, they tell him. It was hidden in the bed. They give him the money on Thursday.

The second scheme
It’s a Tuesday, July 12, 2005. About 1 p.m. the same “cooperating individual” tells Rehak that yet another doper has left drugs and money, but this time in a car, all of which is courtesy of the FBI. The CI gives Rehak a description of the vehicle and a general location. About 11 p.m. the FBI sees Rehak and Naylon hanging around the car. Half an hour later there’s a check on the license plate. It’s registered to a company, not a person, and again Rehak and Naylon are suspicious, according to the indictment. They leave in the early hours of Wednesday, July 13.

On Thursday the CI tells Rehak the doper’s car had been moved. Naylon watches the car most of the afternoon, writing down its vehicle identification number. A check shows it’s stolen. That evening, Rehak and Naylon call in the K9 unit to sniff around for drugs. But the pooch gets nothing, because the FBI put only money, no drugs, in the car.

Rehak gets on the scene about 8:30. “Why would anybody store a substantial amount of dope in a stolen car parked at a hotel?” Rehak asks the CI in a phone call 10 minutes later. The CI swears there is money and drugs in the car. After dark, about 10, with no other cops around, Rehak and Naylon open the trunk and find the feds’ cash. They step away from the car and talk quietly for a few minutes. When they get back to the car they call another deputy and have it towed. Stolen, they say. Neither reports the incident.

On Ground Hog day, a Tuesday, Feb. 2 two years later in 2007, Ramsey County Sheriff Bob Fletcher agrees to an FBI request to search the office and squad car used by Naylon, who just happens to be Fletcher’s close friend and best man at his wedding. Then the freebies go to Naylon’s home and search his car in his garage. The indictment doesn’t say what the FBI found, but Naylon asked the court to suppress the evidence because they didn’t have a search warrant. Sorry, said the court.

After the commercial break
Now for the courtroom scenes. The defense has said in legal documents that because Rehak and Naylon held the cash over night that doesn’t mean they stole it. They gave it back. And they were exercising their discretion as officers when they didn’t immediately record the $6,000, their attorney argued.

The indictment says Rehak and Naylon figured out it was a sting when they learned there was no perp and that the car turned out to be registered to a company, not a drug dealer. But grand jury members are not mind readers, their attorney said. There’s no way they could know what Rehak and Naylon were thinking.

The prosecutor, Joseph Dixon, and the defense attorneys, Paul Rogosheske for Naylon, and Paul Engh for Rehak, are all known in the Twin Cities legal community as top-notch lawyers. The judge, Patrick Schiltz, the newest on the bench, is quickly gaining a reputation as a saber sharp jurist.

It should be an interesting trial. Stay tuned.