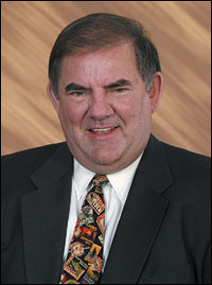 BEIJING — In a shocking development, a noted Twin Cities sports physician violated medical ethics Friday morning and, in an exclusive interview with MinnPost.com, revealed the deepest, darkest secrets of two of his highest-profile patients.

“Kobe wants his POWERade. I’ve got his tendency down,” Dr. Sheldon Burns said. “LeBron, he wants a big towel all the time, not a little towel.”

Burns, of Edina, knows his role.

One of the Twin Cities most prominent family physicians, he is also a U.S. Olympic Committee team doctor. He’s assigned to the men’s and women’s basketball teams. Kobe Bryant and LeBron James are among his bosses … er, patients.

Because so few extra people are allowed on the team benches during games, Burns, who is the medical director for the Timberwolves and the Wild, has been assigned some significant duties other than performing MRIs on injured Olympians.

“My main tasks are getting towels for players and serving water,” said Burns. “I’m an equipment guy-slash-water boy-slash-team-physician.”

His major issue with the women’s team: “Too much makeup on the towels.”

Great gig for the 59-year-old University of Minnesota Medical School grad. It’s his fourth Summer Games in this role. He’s also been to five Winter Olympics, beginning as a volunteer in Lake Placid in 1980.

Here, he not only helps athletes, but their families, should they get sick. With a score of NBA players from other nations in the men’s tournament, he’s also been asked by some NBA teams to consult with the national physicians of those teams.

He’s had patients get MRIs and echocardiograms. The technology in use in China, he said, is exactly the same as that used in Minnesota.

“But there’s one difference,” he said. “An echocardiogram costs $200.”

He said he’s supervised 15 MRIs at a Beijing Army hospital and the facility would not take any payment or donation from him or the USOC.

Burns also said that this group of NBA stars is truly committed and determined to win a gold medal. They’re not fooling around.

“Much more than Athens,” he said.

They’ve spent more than 100 days together as a team over the last two years. And head coach Mike Krzyzewski is a great motivator. He’s had U.S. soldiers returning from Iraq meet with the team. President Bush met with them when he was in Beijing for Opening Ceremonies.

“The president went around to each individual and told us how proud he was of us, and he thanked us for all the great things we’ve done for our country,” Burns said. “But I’m still humble.”

The telephone conversation had to end. Burns had to go. He attends the shoot-around practices in the mornings before the men’s and women’s games. And he attends every game, which has filled 14 straight nights.

It’s all that running to get Kobe his sports drinks and LeBron his towel.