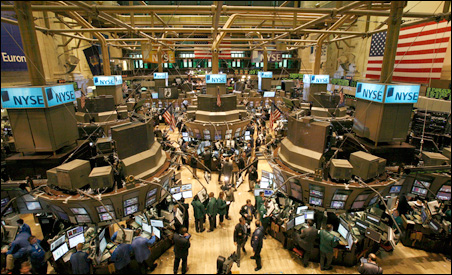 The diving Dow, the implosions in bedrock financial institutions and a seemingly unending streak of economic crises have left economist Charles “Mel” Gray pondering whether his doom-and-gloom dissertation adviser might have been on to something back in the 1970s.

While working on his Ph.D. in economics at Washington University, Gray used to chafe under the direction of Hyman P. Minsky. Unlike the economists of the day who increasingly favored financial deregulation, the Harvard-educated Minsky believed that there was an “inherent instability” in unchecked capitalism, which in turn led to “recurrent bubbles or stampedes or over-exuberance,” says Gray.

“He pretty much just harped on the fragility of the financial system and the economy,” recalls Gray, now a business economics professor in the Opus College of Business at the University of St. Thomas in St. Paul. “There was a sort of gruffness and a little bit of self-righteousness in his conviction that the economy was so fragile and that people weren’t paying attention to it and to him in particular. He was pretty well convinced he had the answer.”

“It was the greatest curse because here was this guy harping on this thing nobody believed,” Gray says of the eight years he spent on his Ph.D. while also working as an economist at the Federal Reserve Banks in St. Louis and later Minneapolis. “I had to labor under his tutelage, and I wasn’t sure I believed it either.”

Courtesy of the University of St. Thomas
Charles Gray

Turns out, Minsky might have been onto something. His “financial-instability hypothesis” has been receiving increasing attention in the pages of the Wall Street Journal, The New Yorker and in analysts’ reports. A re-issue of Minsky’s titular book on John Maynard Keynes, the economist who favored government regulation and intervention in the markets, is getting prominent display even at mainstream bookstores like Barnes & Noble, notes Gray.

Minsky moments and meltdowns
“It’s too bad he isn’t around to enjoy this moment,” says Gray, who confesses he still isn’t a “total, committed Minsky-ite.” Minsky, who died in the mid-1990s, would be “grinning from ear to ear” these days.

As a New Yorker headline proclaimed earlier this year, Minsky is finally getting his moment.

“Many of Minsky’s colleagues regarded his ‘financial-instability hypothesis,’ which he first developed in the nineteen-sixties, as radical, if not crackpot,” writes John Cassidy of the New Yorker. “Today, with the subprime crisis seemingly on the verge of metamorphosing into a recession, references to it have become commonplace on financial Web sites and in the reports of Wall Street analysts. Minsky’s hypothesis is well worth revisiting.”

“A displacement occurs when investors get excited about something—an invention, such as the Internet, or a war, or an abrupt change of economic policy. The current cycle began in 2003, with the Fed chief Alan Greenspan’s decision to reduce short-term interest rates to one per cent, and an unexpected influx of foreign money, particularly Chinese money, into U.S. Treasury bonds.

With historic low mortgage interest rates, a “speculative real-estate boom quickly developed that was much bigger, in terms of over-all valuation, than the previous bubble in technology stocks.”

“As a boom leads to euphoria, Minsky said, banks and other commercial lenders extend credit to ever more dubious borrowers, often creating new financial instruments to do the job. During the nineteen-eighties, junk bonds played that role. More recently, it was the securitization of mortgages, which enabled banks to provide home loans without worrying if they would ever be repaid. (Investors who bought the newfangled securities would be left to deal with any defaults.) Then, at the top of the market (in this case, mid-2006), some smart traders start to cash in their profits.

“The onset of panic is usually heralded by a dramatic effect: in July, two Bear Stearns hedge funds that had invested heavily in mortgage securities collapsed. Six months and four interest-rate cuts later, Ben Bernanke and his colleagues at the Fed are struggling to contain the bust.”

Fashionable on Wall Street
Analysts and reporters have even come up with terms to describe the Minsky moments and meltdowns in the markets. From the Wall Street Journal: “Christopher Wood, a widely read Hong Kong-based analyst for CLSA Group, told his clients that recent cash injections by central banks designed ‘to prevent, or at least delay, a ‘Minsky moment,’ is evidence of market failure.’

“Indeed, the Minsky moment has become a fashionable catch phrase on Wall Street. It refers to the time when over-indebted investors are forced to sell even their solid investments to make good on their loans, sparking sharp declines in financial markets and demand for cash that can force central bankers to lend a hand.” 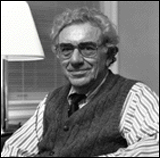 A year later, we have what some feared would become a Minsky meltdown. Think Lehman Brothers. Merrill Lynch. Bears Stearn. Fannie Mae and Freddie Mac. And just Tuesday, the Fed’s bailout of AIG International. From the Wall Street Journal article in 2007:

“At its core, the Minsky view was straightforward: When times are good, investors take on risk; the longer times stay good, the more risk they take on, until they’ve taken on too much. Eventually, they reach a point where the cash generated by their assets no longer is sufficient to pay off the mountains of debt they took on to acquire them. Losses on such speculative assets prompt lenders to call in their loans. ‘This is likely to lead to a collapse of asset values,’ Mr. Minsky wrote.

“When investors are forced to sell even their less-speculative positions to make good on their loans, markets spiral lower and create a severe demand for cash. At that point, the Minsky moment has arrived.

” ‘We are in the midst of a Minsky moment, bordering on a Minsky meltdown,’ says Paul McCulley, an economist and fund manager at Pacific Investment Management Co., the world’s largest bond-fund manager, in an email exchange.”

Now what?
So, how to work out of the Minsky meltdown? What would Minsky do?

Gray, for one, thinks the solutions likely will lie in the nonpartisan hands of the Fed and Chairman Ben Bernanke. He expects a lot of committees staffed by economists looking for solutions to prevent similar meltdowns. Unlike the Great Depression, the Fed now has the tools to tinker with the economy, Gray says.

“The Federal Reserve right now is the guide star, and I feel a lot of confidence that Bernanke and the Fed will come forward with some set of recommendations that are implementable and will move us back in the direction of effective regulatory oversight and provision of a source of liquidity that will enhance confidence in the economy,” he said.

So, was Minsky’s original hypothesis right?

Financial meltdown: Hyman Minsky warned us this would happen