In two debates over the weekend, candidates vying to represent Minnesota’s 2nd Congressional district clashed over the economy, veterans’ programs, energy policy, earmark spending and the tone of this year’s political campaigns.

Incumbent Republican John Kline defended his refusal to participate in the system allowing Congress members to earmark federal dollars for specific projects in their districts.

Kline is seeking a fourth term representing the district which cradles the Twin Cities’ southern suburbs and stretches into farmland further south.

Veterans’ programs are one of the most volatile issues in the race. Sarvi has served with his National Guard unit in Kosovo and Iraq. Kline is a decorated Marine Corps officer who served in the Vietnam War and other conflicts.

In the “Almanac” debate, Kline commended Sarvi for his service but tore into a Sarvi television ad. It claimed that Kline had said too much attention was being paid to post traumatic stress disorder in soldiers and Marines returning from war.

‘Politics at its worst’
Kline said the ad twisted the truth about statements he had made at a congressional hearing where he had called for devoting more resources to arm and leg injuries while also treating traumatic brain injuries and PTSD. Kline called the ad “politics at its worst.” 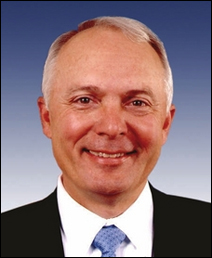 Sarvi countered that Kline gets low approval ratings from some veterans’ groups such as Disabled American Veterans.

“Those are front groups for the Democratic Party,” Kline shot back.

Sparks flew in a League of Women Voters/KSTP-Eyewitness News debate when the candidates were allowed to pose questions to each other.

“You have taken three quarters of a million from financial interests and have done everything they wanted in Congress — from trying to privatize Social Security to the bankruptcy bill to the bailout . . . How can we trust you to clean up Wall Street?” Sarvi asked.

“I’m a little bit offended that the accusation is that because I’ve taken campaign contributions from somebody that that would affect my vote. I flatly reject that notion,” Kline replied.

Kline continued: “I resent the fact that you think I can be bought. I would hate to think that you can be bought. But if we are going to trade dollar amounts I would argue that your disproportionate share of money from labor unions is something that ought to be looked at.” 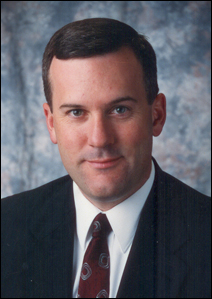 Sarvi: “We need people who are going to fight against Wall Street and make sure that we clean this situation up. . . . We can’t afford these kinds of bailouts.”

Beyond the considerable benefits of incumbency and the district’s conservative tilt, Kline has a veritable mountain of a campaign financing advantage. As of Sept. 30, Kline had raised $1,346,184 compared to Sarvi’s $442,484, according to Open Secrets.org, an arm of the non-profit and non-partisan Center For Responsive Politics. More important, Kline had $675,599 on hand while Sarvi had just $136,410.

Sarvi is endorsed by the Independence Party of Minnesota as well as the DFL.

Bachmann question
The League of Women Voters debate was taped Saturday at KSTP-TV after Michele Bachmann, the Republican incumbent in the 6th Congressional District ignited a furor by saying on MSNBC’s “Hardball” that Sen. Barack Obama “may have anti-American views” and suggesting that some members of Congress should be investigated for being un-American. The response was a flood of contributions from around the country into the campaign of Bachmann’s opponent, Democrat Elwyn Tinklenberg.

Sarvi, who has enjoyed no such windfall, tried coloring Kline with the Bachmann taint.

“I was concerned about something your friend Michele Bachmann said yesterday,” Sarvi began. “You and Michele have very similar voting records and I understand you are some kind of a mentor to her. So I want to know if you agree that we should investigate [members of Congress] for un-American activities. Do you think the millions of people who voted for them are un-American?”

Kline did not respond directly to the question about Bachmann. Instead, he spoke to the tone of Sarvi’s campaign, saying it had made “patently false” allegations against Kline.