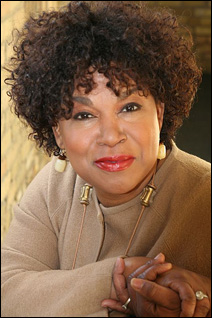 Don’t come to WomenVenture President Tené Wells with a plan to open another independent coffee shop in the latte-dotted Twin Cities landscape.

Otherwise, the nonprofit micro-lender will consider your small-business plan for a spa or a pet-grooming shop or what-have-you. But Wells warns that credit is harder to come by these days and that her economic development outfit is making half the loans it made last year.

Over the years, St. Paul-based WomenVenture has partnered with the U.S. Small Business Administration and some traditional lenders in helping clients who might not otherwise qualify for conventional commercial loans. The agency takes a “second or third position” in the loan by providing a range of $200 to $35,000, along with training, mentoring and professional advice for the borrower.

But two reliable sources of money in the past for women and people of color wanting to start businesses — a client’s home equity and government-funded community reinvestment funding — have become harder to tap.

No question, start-ups are risky ventures for the entrepreneur, the lender and economic development partners like WomenVenture.

“Everybody wants a proven strategy, and most of the commercial lending that banks have done in the past few years has been tied to the housing market,” Wells said. Just one problem with that strategy: the declining values in the housing market. “People’s access to the equity in their homes has dried up.”

Next on the list is community reinvestment money, in which agencies like the SBA guarantee 50 percent to 85 percent of a loan made by commercial lenders who might be otherwise disinclined to fork over the dough in distressed and low-income communities. Wells reports that some lenders have become reluctant to make these loans after seeing some borrowers default and being asked by the SBA to take more responsibility for the losses.

Twenty-two percent of the loans in WomenVenture’s $600,000 portfolio are currently in collections, she says, adding that’s a big improvement from previous years when more than half were in collections. WomenVenture has become “much more aggressive” in assessing clients’ credit-worthiness and the viability of their business plans, she says. “For example, it would be really hard to get a loan out of me to open a coffee shop — really hard.”

That’s the story at WomenVenture, which is dependent on the SBA and commercial lenders to some extent. But so far, the SBA and at least one area lender feel fairly optimistic about lending to small businesses in the future.

The story at the SBA
Meanwhile, the overall default rate on SBA loans in Minnesota is less than 5 percent, according to Edward Daum, SBA’s district director for Minnesota. “The loans seem to be better in Minnesota than the national average,” Daum said.

The overall SBA portfolio in Minnesota has 10,000 loans totaling $2 billion. “It’s a great portfolio,” he said.

Against the backdrop of the financial meltdown in investment banks, the SBA in Minnesota is coming off its third-best year in volume — guaranteeing 1,970 loans totaling $451 million. Still, the number of loans is down 20 percent and the dollar amount is down 13 percent from a year ago, which was the district office’s best year, Daum says.

So, why the big business in Minnesota these past few years? The SBA made it easier and faster for commercial lenders to process loans, Daum says. We know the economy is weakening, but why the drop-off this year?

“I talk to a lot of lenders, and many are telling us that people are just not coming in their doors,” Daum said.  “That’s the biggest reason — people are not coming in the bank doors. And some told us they have tightened their credit, but I really don’t know the extent of that.”

Still, here’s what you need to know if you’re a small business in need of money in Minnesota, Daum says. “We’re doing business as usual.” He knows of no broader plans to cut the SBA’s budget in the coming year.

Same story at Bremer Bank
Come on down, the bankers say.

In fact, small-business lending volume is up roughly 25 percent from a year ago, says Paul Flood, a senior vice president and regional SBA manager at the St. Paul-based community bank.

No change in underwriting standards has occurred since the fallout on Wall Street, he says. Keep in mind that Bremer is a highly regulated community bank, unlike the largely unregulated investment banks such as Lehman Brothers and others making the doomsday headlines.

“Bremer is the type of bank that is going to make good loans in good times and good loans in not-so-good times,” Flood says. “The financial markets are still playing out, but we’re still making good loans.”

Bremer takes a traditional if not conservative approach to lending. The bank looks for good personal credit, solid management experience and a sound business plan.

Flood thinks Bremer has benefited in the past year from less competition, including from the likes of Lehman Brothers, which was among investment banks making commercial loans in this market.

“This is not to say there isn’t competition in the marketplace, but I would say that, by and large, it would feel like when a deal was in the process of being bid that it used to be five or six banks competing” pre-July 2007, Flood says. “Now, it’s maybe two or three. I can only guess that’s because some institutions feel like they have other priorities because of internal credit issues.”

Is credit drying up for small businesses, though?

So, MinnPost had to ask Flood and Bremer spokeswoman Teresa Morrow: Are you saying, “What credit crisis?”

Lots of laughs come over the speaker phone.

Morrow: “We would hate to be that cocky.”

Flood: “Certainly a lot of things are going on in our environment, but we’re not at a place where we’re feeling it yet and we don’t really expect to.”