First, we had “Joe the Plumber.” You know how ubiquitous he became.

With the Al Franken-Norm Coleman recount saga entering a deeper stage of intrigue and high stakes, we now have another election icon.

Call her “Jane the Voter.”

She is 84, lives in a nursing home near Bemidji and has suffered a stroke since registering to vote years ago.

As Franken’s recount lawyer Marc Elias put it today, she is “an honest hard-working” woman, “who did everything right … played by the rules,” but her absentee ballot wasn’t counted on Nov. 4.

Seems her post-stroke signature didn’t match up with her healthy John Hancock of a while back, so an election judge ruled her vote invalid.

With that, “Jane the Voter” has become the poster senior for counting every last vote in the still-unsettled U.S. Senate race.

It now seems clear that her ballot, and perhaps hundreds, if not thousands, others like hers could – even will – determine the outcome of the electoral battle.

(But, like Joe the Plumber, Jane seems not to be exactly who the Franken campaign said she was. According to reports Friday morning, her ballot was rejected, but not because of her signature. And she’s not 84.)

Still, that this contest will ultimately resolve itself in court over the Joes and Janes of Minnesota came closer to reality today when the Franken campaign sued Ramsey County and its elections manager, Joe Mansky.  (See PDFs at right) 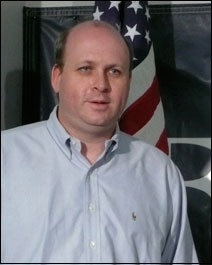 The suit is being pressed to force Mansky to produce the names and addresses of absentee voters in Ramsey County whose Nov. 4 ballots were rejected, perhaps for reasons like Jane’s.

Last week, the Franken campaign requested that information under the state’s Data Practices Act. Mansky and election officials in many other counties, including Hennepin, denied the request. Some county officials gladly handed over the data,
including the elections chief in Beltrami County, where Jane the Voter lives.

These data, by the way, are public but usually aren’t sought until weeks or months after an election.

The belief is that if a Ramsey County court supports Franken’s request to get the information right now, other counties in the state will follow.

If the data are released, the Franken operation, with an army of organizers, will begin to track down those people whose ballots were rejected and ask them if they believe their vote has been unfairly squelched.

Presumably, the Coleman campaign would do the same thing. As it turns out, Coleman’s lawyer made a similar request to Mansky and other county auditors Tuesday, but only seeking the number of absentee ballots cast and rejected.

Coleman’s forces didn’t seek names but did ask Mansky and others for all the information that Franken’s campaign was seeking.

What’s it all about?
At first glance, Franken’s goal is to include rejected ballots in the statewide recount that’s set to begin next Wednesday.

“You want to get as many ballots now into the mix to be counted even if they’re rejected, but counted, if possible,” said Hamline University Law Professor David Schultz, an elections law expert who is not affiliated with either side.

“If they’re now put into play, then it gets easier if you go into court. ”

Also, if by getting the names of the absentee voters, Franken’s campaign can ascertain the voters’ intent, suddenly they have a ballot and the intent, two key elements to a valid vote, Schultz explained.

He allowed, however, “This is tough, very tough.”

Politically, Franken and his lawyers also want to show the public that there may be valid ballots out there that haven’t been counted.

Fact is, the Canvassing Board is an administrative agency and courts are, generally, loathe to overturn such an agency’s decision. Franken, should he lose, needs a good argument to catapult into court.

There are practical reasons. Once the in-question, double-enveloped absentee ballots are opened and counted, there’s no way to put that potentially tainted genie back in the bottle and un-count it.

But, Gelbmann allowed, “If both candidates agree that a ballot was rejected for a clear administrative error, then the canvassing board can order recount officials to count those ballots.”

If both don’t agree, then the aggrieved candidate will have an issue to take into court, Gelbmann said.

But the recount is completed by Dec. 16 and Coleman is ahead and if the Canvassing Board – which includes Minnesota Supreme Court Chief Justice Eric Magnuson – certifies the results, it becomes very difficult to undo that, Schultz said.

Franken’s lawyers would have to go into high technical gear.

What if?
As they do in court, let’s stipulate that things will get more complicated and nasty before they get resolved.

Let’s walk through three scenarios. Schultz, the Hamline prof, is our guide.

Case One: Coleman’s margin stands after the recount. And the Canvassing Board, with four state judges and Ritchie, certify the final result. This will make life very hard for Franken, which is why Elias and the campaign are seeking as many votes today as possible.

Case Two: Franken overcomes the voting deficit and wins the recount. Coleman claims fraud, even though the Canvassing Board can’t be accused of being DFL shills.

“They can say ballots counted by the secretary of state shouldn’t have been and the Canvassing Board was incorrect,” Schultz said Coleman’s lawyers would argue. “The board acted arbitrarily and capriciously, and the board should be overturned.”

Again, once certified, the count becomes difficult to undo.

Case Three: No matter who wins, they all tumble into court. A court overturns the Canvassing Board or enjoins its decision and, before we know it, it is Jan. 3, the day Congress is sworn in.

There’s no winner in the election.

Guess what. Gov. Tim Pawlenty gets to appoint an interim U.S. senator until the next election in November 2009, and he appoints Coleman.

But, under Article I, Section 5, of the U.S. Constitution, the election is thrown to the Senate: “Each House shall be the Judge of the Elections, Returns and Qualifications of its own Members.”

Surely, a majority of the U.S. Senate will be Democrats.  And, perhaps, Franken would be the 60th Dem, or Coleman could be in position to block that veto-proof Senate.

He criticized the National Republican Senatorial Committee for launching a smear campaign against Secretary of State Ritchie, saying that the Coleman campaign has “worked itself into a lather in an attempt to keep election officials from doing their job.”

Schumer added that lawyers are looking into what happens if Coleman’s term expires before the race is sorted out. He declined to give details.

But let’s provide this detail for the candidates – and the public: See you in court.

Catharine Richert contributed to this story.