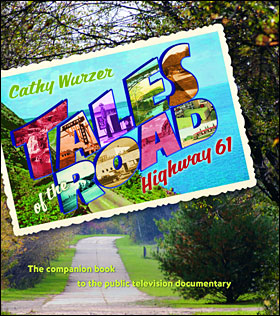 Bob Dylan was no help at all when Cathy Wurzer put together her fascinating look at places along Highway 61 as it runs along Minnesota’s eastern border.

Because he named his 1965 song and album after the highway, many people figured he’d have some interesting insights. Wurzer tried to interview him, but seven attempts – emails and letters – went unanswered.

She didn’t need him.

Her recently released book, “Tales of the Road: Highway 61,” tells stories of places along the highway that are well-known,  little-known and, in some cases, all but forgotten.

Tons of research, with the help of historical societies and groups up and down the highway, bring us stories from the Outlaw Bridge at the Canadian border – built in 1917 by residents because the two national governments took too long to agree – to La Crescent, the Apple Capital of Minnesota, on the south. 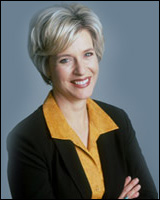 It’s divided into three sections: the North Shore, Duluth to St. Paul, and Bluff Country. The sections are roughly equal, but Wurzer said the middle section of the road was toughest to research -“lots of empty space on that stretch.”

Wurzer said the stories combine her “interest in history and fascination with ramshackle buildings.”

New book a prelude to TV documentary
The new book is actually an offshoot of a television documentary she’s preparing that’s scheduled to air in January.

Her interest was sparked by the discovery of a 1938 WPA road guide to Minnesota, and she thought it would be great fodder for a documentary.

“I thought I’d pick a route, follow it and see what’s still there. Highway 61 was the first route in the book, and it’s such an iconic road in Minnesota, that I thought it would be perfect,” she said.

She did the research on weekends and in her spare time from her full-time job as a Minnesota Public Radio morning host and her part-time gig on public television’s public affairs show “Almanac.” She and husband Eric Eskola co-host that Friday night show.

The Minnesota Historical Society Press got wind of the project and suggested a companion book. That required a whole new round of research, but the book ended up being finished before the documentary – and in time for holiday giving.

Some proceeds from the book will go to the many small organizations along the route that helped her find the many gems she writes about, many of them long gone.

“The various historical societies and history groups, were so helpful in pointing to photos and people who remember,” she said. “Without their help, I couldn’t have done it.”

In addition to a fun read, her book preserves the history of some of the places that have disappeared and are remembered by only a few.

To track them down, she even went door to door in some places on the highway.

“When I’d tried every other avenue and when the archives didn’t work, I did knock on doors,” she said.

One case was the Minne-O-Wah Club, a summer colony on the river bluffs near Winona. Cottages on the site were a welcome respite from the summer humidity in Winona, but by 1942 the colony began to fall apart. Highway construction caused some of the cottages to be moved; others were destroyed, leaving hardly a trace of the once-thriving summer getaway.

“When I was looking for the colony, I knocked on one door in desperation, because it looked like it could have been one of the original cottages. And it was.”

As for Dylan, she says people almost always ask if she talked with him, given his song and album.

“It would be really interesting to get him to tell me what was he thinking when he wrote ‘Highway 61 Revisited.’ What was it about the highway that intrigued him so much?”

Alas, no wisdom was forthcoming from the Hibbing native.

The book, with great then-and-now pictures of most of the sites, sells for $24.95 at bookstores.