Everyone remembers the 1975 Lake Superior storm – those gales of November that sunk the Edmund Fitzgerald – because of all the annual anniversary coverage and because of Gordon Lightfoot’s 1986 song.

But author Curt Brown – a reporter for the Star Tribune – argues in his new book, “So Terrible a Storm: A Tale of Fury on Lake Superior,” that a 1905 storm on the Great Lake was worse.

That Thanksgiving Week storm 103 years ago caught more than 30 vessels out on the lake, as their owners hoped to make one last profitable cargo run before the end of the season.

Several ships sank; the steamship Mataafa broke in half at Duluth’s pier, killing six crew members. The Madeira, a schooner-barge, went down near Split Rock and is a popular diving spot. The crew was able to abandon ship, when a seaman climbed up the cliff and threw a rope to the others. One man, though, was washed away when the barge split in two. 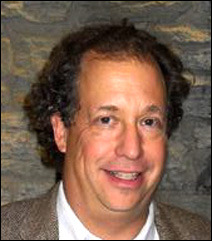 Brown, who talked about his book last week at Common Good Books in St. Paul, noted that Minnesotans love to talk about hot dish, walleye and high school hockey, “but most of all, we love talking about the weather, and this 1905 storm was the most dramatic and emotional weather story Minnesota’s ever had.”

Obviously, in addition to his storytelling skills, Brown’s also good at marketing hyperbole.

Thirty sailors died, money was appropriated to build the Split Rock lighthouse because of the storm, and it changed the way ships were built, he said.

(He notes that most experts agree that the historic Split Rock lighthouse was a “knee-jerk reaction” to the storm’s toll, an example of how the shipping interests demanded that Congress take action to make sure such a thing never happened again. But sources said that even if the lighthouse had been there during that storm, it wouldn’t have helped. Still, it still is a nice tourist attraction.) 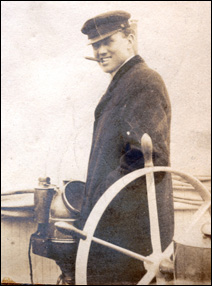 Mataafa Captain Dick Humble survived the storm but lost six crew members when the steamer was stranded off the Duluth pier.

Brown is  a Macalester grad who worked for years as a Pioneer Press sports reporter. Then he crossed the river to the Strib, covering news, not sports, and worked with me in the Star Tribune’s St. Paul bureau for many years. He’s now back at the paper’s mother ship in Minneapolis, writing many page-one news features and currently covering the Coleman-Franken recount.

He spent a year researching and writing the storm book. He used the traditional research methods, poring over old newspapers and books. He sent postcards to every family in Ohio named Humble, hoping to find relatives of William Humble, captain of the Mataafa. (It turned out his family line has died out.)

And he delved into the new research modes, like boatnerd.com, which put him in contact with those who know and love the Great Lakes.

In addition to the seafaring types caught in the storm, he tells us about the Duluth weather forecaster Herbert Richardson, who worried when the ships seemed to ignore his warnings about the gathering storm.

And he introduces us to Mary McFadden, Duluth’s first full-time newspaper woman, who chronicled the disaster.

Brown even notes that at the time, Duluth had just eclipsed London as the second-busiest port in the world, behind only New York City.

He says that even though his book is a work of nonfiction, he had to put his imagination to good use so he could relate “what it was like to live in Duluth in 1905.”