His back hurts so badly that 87-year-old Matt Little has had to give up tennis this year.

Every day, since Election Day, Little, the gracious old leader of the civil rights movement in Minnesota says he wakes up and wonders if it is really true.

“Could this really have happened in my lifetime?” he wonders. Then, he realizes it is true. An African-American has been elected president and he becomes joyful. 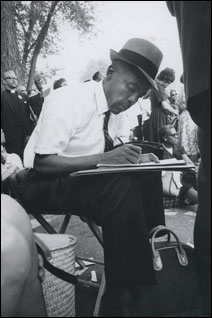 Little, a key Minnesota organizer of the 1963 March on Washington — the event at which Martin Luther King delivered his “I Have a Dream” speech — hopes to be among the throngs in D.C. on Jan. 20, when Barack Obama is sworn in. As one of Minnesota’s electors in the Electoral College system, he believes he’ll receive tickets to the inauguration.

Two days after Obama’s election, Josie Johnson, like Little, a leader in organizing the 1963 march, sometimes found herself sobbing “uncontrollably.”

“I found myself thinking of Martin and all of the others and wishing they could be here for this moment,” said Johnson.

Under any circumstance, she will be in Washington on Jan. 20. One of her sons-in-law reserved hotel space for the Johnson clan a few weeks before the election.

“When he made those reservations, I told him, ‘Oh, I’m so afraid you’ll jinx him,’ ” Johnson recalled.  “I’m superstitious about these things. Sometimes, it seems like the more you want something, the less likely it is to happen.”

Capitalists — both area residents in the predominantly African-American District of Columbia and the economic kind — already are gearing up for the celebration. Most of the 90,000 hotel rooms in the D.C. area have been booked. Low-end hotel prices — meaning those as far as 50 miles from the Capitol — are running $400 a night with most having four-night minimum stays.  Close to the Capitol, hotels have jacked up prices to $900 a night for a single. Airlines are charging premium prices. 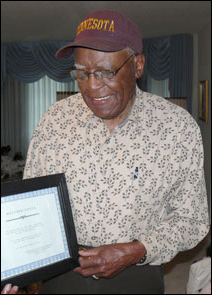 There’s still no exact word on how tickets for the inauguration and surrounding events will be distributed, although they are expected to be distributed through the offices of the members of Congress. The highest demand, of course, is expected in larger metro areas with significant minority populations, and that’s already proving true in the Minneapolis office of 5th District Rep. Keith Ellison.

“We’re being inundated,” reported Rick Jauret, communications director for the Democratic congressman, in an e-mail. “I’ve never seen anything like it. We received over 200 just this morning. We just take the names and contact information as they come in. We don’t have a plan yet because we don’t know how many tickets we’ll have — and we may not know until January.”

Jauret believes that the inauguration planning committee will attempt to deal with the masses by installing huge television monitors along the Capitol Mall for the hundreds of thousands who will not have direct access to the inauguration.

No matter the numbers in Washington, it will be only a small reflection of the joy in the nation’s largely African-American neighborhoods.

The evening after the election, New Hope Baptist Church in St. Paul and New Salem Baptist Church in Minneapolis were filled with people celebrating an occasion they thought they would never see, according to Jerry McAfee, pastor at New Salem.

There were choirs, speeches and prayers, McAfee said.

But there will be no effort on his part to take busloads of congregants to D.C.

“My phone is blowing up with people asking how to get tickets, “but the problem is, you can’t get tickets” at this time, he said.

For many, economic pressures make D.C. trip impossible
There’s another problem: Most members of his church could not afford to go to D.C. Amid these days of joy, the members of inner-city churches are being hammered by the economy.

“There was just a report out that poverty among people of color in Minnesota is now running at 45 percent,” said McAfee. “We’re feeling it in the church. We might have to sell both our buildings (the church and a now-closed charter school). Our attendance is not changed, but income is down. People are hurting.”

But, he said, they are also so hopeful. Perhaps too hopeful. 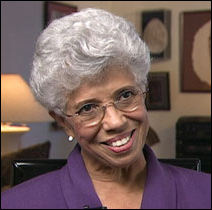 Courtesy of the University of Minnesota
Josie Johnson

On the Sunday evening before the election, New Hope and New Salem each held get-out-the vote rallies. Huge numbers of people who never had voted before attended.

(McAfee is very aware of issues involving separation of church and state. He does not endorse from the pulpit and, in fact, is careful to open the church to pols of all parties. Sen. Norm Coleman, for example, spoke at New Salem nine days before the election.)

“My concern now is that many people, especially those involved for the first time, don’t understand how the process works,” said McAfee. “Their plight isn’t going to suddenly change. A black president doesn’t mean that racism is suddenly over. I fear that when things don’t quickly change, it will be harder to get people to stay involved.”

Little and Johnson preach that message of patience, too.

“You can’t expect miracles,” said Little. “We’ve got to realize what a tremendously difficult job it is. Patience is going to be so important.”

“The whole world is so eager and so thrilled,” she said. “It’s a unique moment. I sometimes allow myself to hope that this will be a time when our better angels come out. We’ve become such a negative society. I think everybody is eager for a time of loving.”