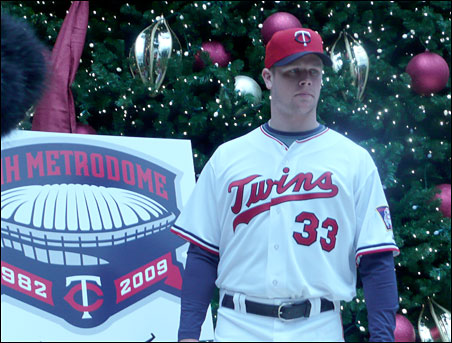 Jay Weiner
Justin Morneau models the 1982 throwback uniform that will be worn in 2009, the Twins final season at the Dome.

But today at a remarkably crowded lunchtime gathering in the IDS Crystal Court, the Twins – on a cold, blustery November day – announced that part of the 2009 season will be used to remember dreadful ’82.

Among the memories, a throwback Twins home uniform … available, of course, for sale at team retail outlets for $169 – without numbers – or $215 with. 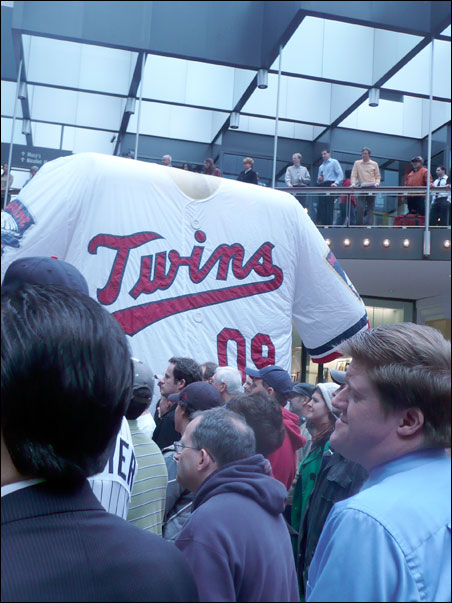 The unis, modeled today by first baseman Justin Morneau and pitcher Glen Perkins, aren’t exact replicas of those outfits worn by the likes of Terry Felton and Bobby Mitchell at the dawning of the Dome and the Reagan era.

Those duds had expandable elastic waists on their pants and pullover jersies. The 2009 re-creations will have belts and buttoned-down tops for player comfort.

But, like the ’82 versions, there are no names on the back of the jersies. That was the style then, but it was also wise to be anonymous on that team.

Obviously, it’s not the won-loss record that’s being embraced, said Twins President Dave St. Peter and Marketing Vice President Patrick Klinger. It’s the initial season in the Metrodome, which will be getting its second fond farewell next autumn. Already, the Gophers football team said an embarrassing good riddance last weekend in its 55-0 thrashing to Iowa in its final Dome appearance.

“I can’t change the record of the ’82 Twins,” said St. Peter, a man who knows his limitations. “But obviously, there were a lot of guys on that ’82 Twins team that turned out to be the ’87 Twins.” 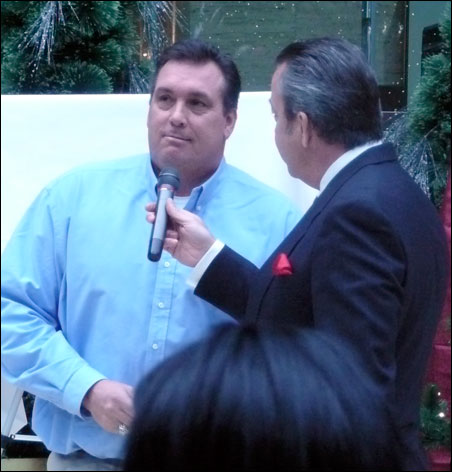 Kent Hrbek – who, now jumbo-size, attended today’s festivities – and Gary Gaetti and Frank Viola, to name a few who went on to help the squad win that World Series.

Indeed, it was a warm-and-fuzzy era, which was ushered in by the move to the Dome and then the development of a band of youngsters who would become champions and household names.

The Twins next season will wear this logo on their uniforms.

“We’re putting a lid, so to speak, on our time in the Dome,” said Klinger. “We thought we’d hearken back to when we started.���

An effort to bring in the ’82 roster for Opening Night next April looks like it won’t happen. It’s a bit too hard to coordinate, but there will be an all-Metrodome team selected by fans.

I’ll have more to say about that ’82 team in the coming months. It was a lot of fun … amid the misery.