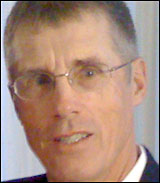 The first time Glen Sonmor laid eyes on Mike Antonovich, he was a little disappointed.

Sonmor, who had just been named the hockey coach at the University of Minnesota, was all pumped up to see Antonovich, the superstar of high school hockey in the state in 1969.

“Back then, there were boosters that helped recruit,” said Sonmor, who later would become coach of  both the St. Paul Fighting Saints of the World Hockey Association and the North Stars of the National Hockey League. “They had a nice summer league at Braemar [Arena in Edina] and these guys keep telling me, ‘We’ve got a savior coming our way. You’ve got to come and see him.”’

So, Sonmor went to check out the coming savior.

“I go out there, and there’s this kid who’s about 5-4, with long hair and horned-rim glasses, and his breezers are down to his ankles,” Sonmor recalled. “I’m saying, ‘This is our savior? We got trouble.’ But then I watched him skate and thought, ‘Whoa, boy.’ ” 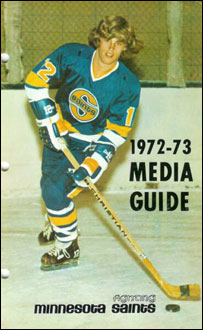 At both the university and the pro level Antonovich, from little Calumet, Minn., would become Sonmor’s favorite player.

So why is MinnPost, which is dedicated to serious journalism, bringing up an old coach and his ex-player?

Small-town mayors can make big news
Because last week, Antonovich was elected mayor of Coleraine, Minn. Among other things, the political campaigns of 2008 showed us that small-town mayors should be taken very seriously.

Make no mistake. Coleraine is small. With a population of 1,014, the Iron Range town is smaller even than Wasilla, Alaska.

Like the former mayor of Wasilla, Antonovich is a hunter and an angler, and he was never real serious about his studies.

“He is a smart guy, but school didn’t exactly appeal to him,” said Sonmor.

Given that background, is winning the mayor’s office by a vote of 340 to 289 over incumbent John Sloan just step one in a political career?

“I don’t have any political ambition,” Antonovich, 57, told me a few days after the election. (An interview with the mayor-elect was delayed because shortly after the votes were counted, he headed for the nearest tree stand for the deer hunting season. He bagged his buck.) “I’m just an Iron Ranger, and the way I look at it, I’m already living in God’s country.”

The old hockey legend and longtime scout for the St. Louis Blues started singing the praises of all that the countryside around Coleraine offers.

“I look out the window and I see the country I hunt in,” he said. “I see the lake and the golf course. God’s country.”

But, he added, not all is heavenly in God’s country. The economy in the region stinks. Parts of his community – the streets and sewers – are tired. The old people aren’t getting the services they need and are scraping to get by financially.

“The other guy was doing a good job,” said Antonovich. “I can’t wave a magic wand and get everything fixed. But I can try to do some good.”

He’s a little tired of both political parties
In fact, Antonovich is a little weary of the politics of both parties. He believes the Range has been deserted by the DFL.

It should be noted that Antonovich, whose father was a miner, didn’t really grow up in Coleraine. He’s a Calumet guy.

How’d he end up in Coleraine?

“I married a girl from Wisconsin,” he said. “She said we could not live in Calumet. So I took her to Coleraine and said, ‘How’s this?’ She said, ‘This will be fine.’ ”

How far’s Coleraine from Calumet.

What lessons will the new mayor bring from hockey to city hall?

Sonmor said he worked with Antonovich to skate with his stick high.

“He’d be out there saying, ‘If you want to get to me, you’d better be a beaver cuz you’re gonna have to eat through the stick,’ ” recalled Sonmor.

The strategy must have worked. In his days with the Fighting Saints, who were known for leaving blood on the ice, Antonovich spent little time in the penalty box.

“I figured out you can’t score goals from there,” the old player/new mayor said. “I’m not as dumb as a lot of people think I am.”

No matter what happens, the work he does won’t be second-guessed nearly so much as the work his son does. His son, Jeff, became coach of the Coleraine high school hockey team.