Like Florida’s hanging-chad drama of old, the State Canvassing Board’s daily deliberations over ballots in the Franken-Coleman recount are keeping some people on the edge of their seats.

And when I say some people, I don’t mean just a few dozen journalists and campaign lawyers.

That’s the number of people who were glued to the Star Tribune’s website Friday to catch a bird’s-eye view of the panel live as it scrutinized every ballot scratch and scribble.

And a much smaller, progressive news site, The UpTake, had about 20,000 people watching its stream Friday, with a four-day total of about 40,000 viewers.

That kind of traffic seems astonishing. After all, the action isn’t what you’d call “cinematic.”

But it can be very compelling. Viewers get to see the unscripted moments, the expressions on the judge’s faces and the humor or wonderment over some of the ballot markings.

But ultimately, watching a live stream of the proceedings is still about politics and the tension over who will win Minnesota’s U.S. Senate seat.

“It’s the best television sports I’ve ever seen,” says Canvassing Board cyber-watcher Dan Reis. “Each day has its own drama.”

Reis, 38, works in information technology from his home in Minneapolis. He says he keeps The UpTake site up pretty much all the time when he’s working and gives the proceedings some undivided attention a few hours a day.

Community of online commenters enlivens action
He also partakes in a unique feature on The Uptake — an ongoing live chat posted under the video stream. There, viewers like Reis watch the Canvassing Board and simultaneously comment about the action and chat with the group.

Comments on The Uptake’s live blog pop up at millisecond speed. Many comments deal with the mundane:

They will probably finish this phase before lunch?

I move for everyone to have a couple of drinks and pass out on the couch once all the counting is done. All in favor say “Aye.”

But mostly, comments are obsessed with the board’s downright nitty-gritty work:

How many total challenges has Coleman won, based on fivethirtyeights +45 Franken projection, he would be on pace to only win 71 or so, despite having 1200 challenges, is this the case?

The pointy-headed give-and-take gives Reis and thousands more the kind of fix they crave.

“Since I was 10 years old, I’ve been a political junkie,” says Reis. “There’s basically no other way to describe it.”

For ardent Franken supporters like Reis, the Canvassing Board action became particularly thrilling Thursday, when the challenger started pulling ahead of incumbent Coleman. The live blogging came so fast on Thursday and Friday it was nearly impossible to keep up with the conversation.

Dykoski, 39, a writer who works from home, says she watched and blogged on the UpTake’s site … shall we say, regularly, last week.

“I’m afraid to say how much I watch it.”

Dykoski says by watching the Canvassing Board, she becomes part of the action and it makes her “feel better.”

“For me, it’s therapeutic,” she says.  “I’m still jonesing for the campaign, I guess.”

Dykoski says she likes being able to see the recount process as it unfolds: “I want the real deal. I don’t want it filtered.”

“The way the media is being consumed is changing,” says Barnett. “People are demanding a more interactive news diet. Consumers want to react to what’s reported.” 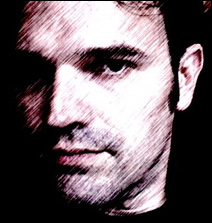 Increasingly, Barnett says, many people want their news raw, not cooked, as it were, through packaged stories.

“One of our goals is to show, not necessarily to tell, what’s happening,” says Barnett.

For the Star Tribune, the Canvassing Board’s proceedings turned out to be the first opportunity for the paper to try live video streaming.

“We need to compete in the market, and we’ve been wanting to provide live video,” says the Strib’s Sauer, who quickly discovered just what a good move video streaming can be.

Sauer says traffic to the Strib’s Canvassing Board feed doubled each day over the four-day period.

“People are hearing about it by word of mouth,” says Sauer. “I think they’re tuning in because it’s a service which we haven’t provided before.”

Those who are flocking to the Star Tribune and UpTake sites to watch the Canvassing Board are not just from Minnesota.

The UpTake’s Barnett says people who live-blog on his site are from around the country and the world.

“Just by [us] showing what’s happening with the Canvassing Board …,” says Barnett, “a lot of them are saying they think [the recount] is incredibly honest, fair and transparent.”

The unintended goodwill the Canvassing Board is spreading into cyberspace is not lost on board member and Secretary of State Mark Ritchie, who, at a news conference late Friday, publicly thanked The UpTake for covering the proceedings.

Recount junkies, you have a problem: There is no State Canvassing Board meeting today.

Instead, the secretary of state’s office is dealing with parceling out the candidates’ 5,000 withdrawn challenges to be included in the recount.

Tuesday’s meeting is set for 9 a.m. in Room 10 of the State Office Building.

The UpTake will be streaming the meeting live on the web.  — Jay Weiner