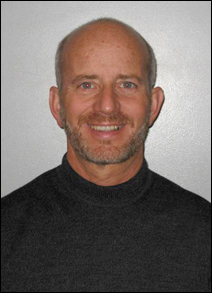 Harvey Zuckman and Tim Schleicher will be among 175 members of the Lesbian and Gay Band Association’s band marching proudly – oh so proudly – past the reviewing stand of President Barack Obama on Inauguration Day.

“It’s another sign that shows that we’re part of the fabric of our society,” said Zuckman, a Minneapolis businessman and longtime member of the Minnesota Freedom Band. “It is really significant.”

The inclusion of a lesbian and gay marching band in the Jan. 20 Inaugural Parade is a first on what will be a day of firsts.

Practice time will be limited. The band will gather in Washington a day and a half before inauguration ceremonies to practice music and marching.

Then, after they stand in the cold for hours, it will be show time. The band will play John Philip Sousa’s “Washington Post March” when it passes a reviewing stand filled with dignitaries, including  Obama, who will have taken the oath of office before the parade.

The Washington Post March performed by the Edison Band from 1909

Not surprisingly, invitation controversial to some
Of course, firsts always are controversial, and the inclusion of an openly gay, lesbian, bisexual and transgender marching unit in a parade filled with so much patriotic symbolism is drawing some raised eyebrows. 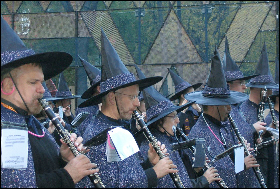 For example, in its story on the inclusion of this band, the Catholic News Agency wrote a story filled with negative implications. The first paragraph of the CNA’s story read: “President-elect Barack Obama and Vice President-elect Joe Biden have officially invited the Lesbian and Gay Band Association to march in the Inaugural Parade. One of the association’s web sites reports that the group will also march in September as part of the homosexual ‘Southern Decadence’ festival infamous for its public lewd acts.”

Later in the story, the CNA noted that “many of the groups approved to march in the parade are high school bands.”

Zuckman pointed out that the CNA didn’t mention that many of the 100 marching units — 1,382 units applied to participate — will be college and military bands.

It is true that the band has performed in unique parades wearing nontraditional uniforms. For example, on Halloween, band members wore witch costumes and played such unusual marching music as “Evil Ways” and “Give Up the Funk” while participating in the Greenwich Village parade.

The Lesbian and Gay Band Association performed in witch costumes at the Greenwich Village Halloween Parade.

But Zuckman said the band will be a little more understated for the inaugural.

First come, first served in band applications
Zuckman, and other band members, were selected on a first-come, first-served basis on Wednesday. Via e-mail, members of GLBT bands applied for a position in the inaugural band and when each section of the band was filled, no more applications were accepted. The only request from the national organizers was that anyone who apply “be good at your instrument.” 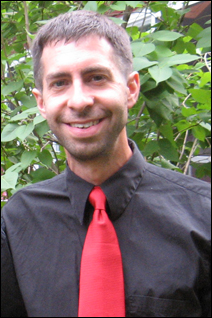 This will not be the first appearance for either the band or Zuckman in Washington for an inauguration. During both Clinton inaugurations, the band was invited to perform as “a route band,” meaning it was stationed in one spot along the parade route.

“When President Clinton and Vice President Gore came past, they gave us the thumbs-up,”  recalled Zuckman. “That was huge, but to be actually marching in the whole route is the epitome.”

The band did not apply to be one of the units in either of President Bush’s inaugurations.

The home band of the two men, Minnesota Freedom, is made up of a cross section of the GLBT community and their friends. It has been playing concerts, marching in parades and making friends in Minnesota since 1982. It has gained acceptance to the point that police bands sometimes borrow Freedom members to fill depleted ranks.

“We’ve marched in the State Fair parade,” said Zuckman. “When people hear a band, they start coming toward the sound of the music. They clap their hands and tap their feet and then they see our banner. Sometimes you notice that some people are taken aback for a second. But then they start clapping again. Music is a universal.”

Update: On a day of firsts, 2 Minnesotans joining first GLBT band to march in Inaugural Parade