When Gov. Tim Pawlenty appears before the Legislature on Thursday, he will be hard-pressed to paint a rosy picture of the “state of the state” in 2009, as Minnesota faces its worst economic crisis since the Great Depression.

Back then, a Minnesota governor confronted an even direr situation, but proposed remedies that were far different from those that are likely to be put forward at the State Capitol this week.

In his second inaugural address on Jan. 4, 1933, Gov. Floyd B. Olson laid the groundwork for a bold, progressive agenda by declaring the “United States has created the greatest industrial system in the history of the world, but that system has concerned itself almost entirely with profit and has been blind or selfish insofar as the welfare of the mass of the people is concerned.”

At a time when the Hoover administration was in its final months, the state’s first Farmer Labor governor went on to tell a joint session of the Minnesota Legislature that: “We are assembled during the most crucial time for the nation and our state. An army of unemployed … an ever-increasing number of mortgage foreclosures; and thousands of people in want and poverty are evidences not only of an economic depression but of the failure of government and our social system to function in the interests of common happiness of the people. Just beyond the horizon of this scene is rampant lawlessness and possible revolution. Only remedial legislation, nation and state, can prevent its appearance.”

But now, in his second address, as economic conditions in Minnesota worsened, the governor abandoned moderation and veered sharply to the left. In a series of dramatic proposals, the newly emboldened Olson called for a restructuring of state government to make it an agent for social and economic change. 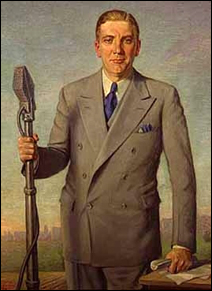 Maintaining that change required new sources of revenue, Olson called for the establishment of a graduated income tax, which he said was more equitable than the state’s current regressive property-tax system.

“A government that blindly continues to make those who can least afford to pay bear the brunt of the burden is building a house of glass and laying a foundation in quicksand,” the governor told the Legislature with a rhetorical flourish. “The income tax is the most just tax thus far devised because it is the most equitable tax; it is based on ability to pay,” he added.

“Unemployment creates misery among those unemployed, adds to the burdens of the taxpayers because of the necessity of feeding, housing and clothing the unemployed and their dependents, and injures business because of the lack of buying power of those unemployed,” he declared. To remedy these conditions, he called for an insurance system that would be financed through a 3 percent to 4 percent tax on employer payrolls, with exemptions for small businesses with few workers.

Newspaper responses were guarded
The Twin Cities’ major daily papers were guarded in their response to the governor’s address. The Minneapolis Tribune acknowledged Olson’s proposals would serve as “forceful guide” in shaping public policy, but questioned “the importance” of certain of his legislative remedies. The Minneapolis Journal observed that the governor seemed more interested in new taxes rather than “in paring down state expenditures.”  The St. Paul Pioneer sounded a more positive note, declaring that the Olson’s reform proposals were the most “far reaching” in the state’s history. Only the Minneapolis Labor Review, the spokesman for the city’s labor movement, was unequivocal in its enthusiastic support for Olson’s program. The governor’s address was “a call to rally the resources of the state to oppose the depression and fight starvation,” the Labor Review maintained.

While Olson was able to achieve some notable legislative victories during his second term, he also suffered some painful defeats.  A watered-down version of his unemployment insurance plan was adopted by the House but blocked by the Senate, whose conservative leaders were adamantly opposed to the plan. Despite conservative opposition, the governor was able to win approval for modified versions of his income-tax and relief-expansion proposals.

Floyd Olson’s powerful rhetoric and his effective leadership during a time of crisis helped build his reputation as one of Minnesota’s most progressive and highly admired governors.