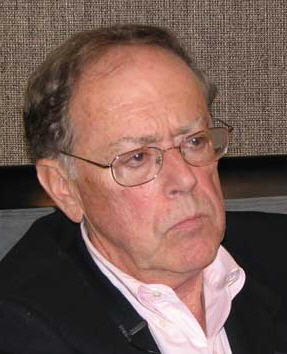 I’ve been meaning to write a “Crisis 101 bookshelf” post, but for now let’s pause to highlight Kevin Phillips, who may be our most prescient critic and historian of the intersection of finance and U.S. politics.

Phillips would concur, but he would add that this is precisely what declining empires have never managed to do historically. In his two most recent books, American Theocracy (2006) and Bad Money (2008), the former Nixon hand discusses at length the explosive growth of the U.S. financial sector since the 1980s and looks back to the comparably swollen role that financialization played in the downfall of past world powers, particularly the Dutch and British empires.

In the introduction to Bad Money, Phillips sketches some of the commonalities between those historical episodes and the present moment:

“To begin with, there was a popular sense of national decay, with economic, moral, and patriotic components. Rome and the later three [the Spanish, Dutch, and British empires] all had that discomfort, although the lower orders and their sympathizers worried more about the decline of economic livelihood, treatment, and opportunity, while conservatives deplored national erosion more in terms of patriotism, family, virtue, and morality….

“Excessive debt usually became crippling. Spendthrift and fiscally inept Spain had a series of royal bankruptcies but muddled through until the fiscal coup de grace of the Thirty Years’ War. The Dutch of the 18th century polarized into a nation of rentiers in which the wealthy lived off interest while industry, fishing, and shipping declined. The world’s largest creditor in 1914, Britain was broken over roughly three decades by the economic transformation and debt of two world wars.

“Each time, finance rose at the expense of industry, agriculture, and other earlier forms of economic activity. This alone could fill an entire book. The provincial parliaments of Spain complained about how wealth was being taken away by foreign bankers, lenders, and merchants. Holland’s example worried Britons who were all too well aware of it, but the United Kingdom ultimately followed a similar path.” (Emphasis added.)

Phillips’s thesis, essentially, is that when moving money around becomes the engine of a great power’s economy, it’s a sure sign of decline and fall. He’s one of the few writers I know who does not treat the rise of finance as a natural fact, but a political and historical one. You should read him.