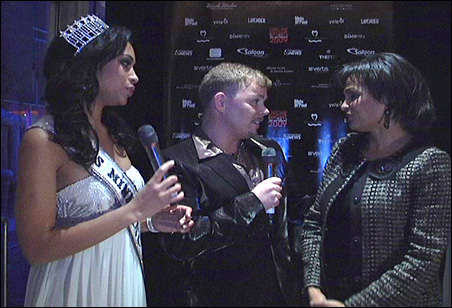 “Slumdog Millionaire” ran away with the Oscars last night, but as customary, fashion also had a starring role at the 81st Academy Awards.

Was it just me, or did Hollywood seem to be in glam hyper drive?

As a former fashionista and recovering clothes horse, I’ll keep my observations brief:

“A” for effortless”: At the risk of sounding completely unoriginal, it was almost criminal how Brad Pitt and Angelina Jolie were so incredibly good looking while looking as though they weren’t even trying.

Fool’s gold: From Tina Fey’s shimmering sheath to Marisa Tomei’s multiple pleats, metallics were a recurring theme on the red carpet. And then there was Mylie Cyrus’ dress. OMG. Fashion meets Whoville and Winter Wonderland.

Going live: The oh-so-svelte Robin Roberts, with her post-chemo curly crop, looked magnificent in an apricot-hued halter dress, proving once and for all that not all TV anchors are empty suits.

I watched all of this on the big screens while crashing yet another party. (It’s kinda becoming a habit.) This time I was at Oscar Night, Minnesota, at the Chambers Hotel in Minneapolis, a fundraiser for the Minnesota AIDS Project and DIVAMN.

The party is the longest-running officially sanctioned Oscar bash outside of Hollywood, complete with its own red carpet, where a number of local fashion queens gave Oscar a run for his money.