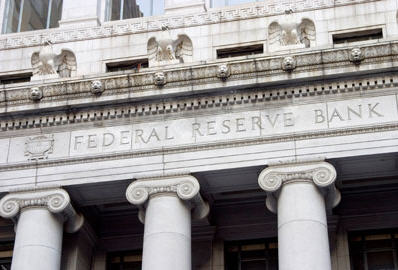 I should probably do this more, shouldn’t I?

Also a TV programming note: The Frontline documentary “Inside the Meltdown” airs tonight on PBS, and can be watched online here.

“Judged by standard measures of banking distress, such as the amount of non-performing loans, America’s troubles are probably worse than those in any developed-country crash bar Japan’s. According to the IMF, non-performing loans in Sweden reached 13% of GDP at the peak of the crisis. In Japan they hit 35% of GDP. A recent estimate by Goldman Sachs suggests that American banks held some $5.7 trillion-worth of loans in “troubled” categories, such as subprime mortgages and commercial property. That is equivalent to almost 40% of GDP. As the world’s biggest debtor, America headed into this bust in a very different position from Japan, a creditor nation rich in domestic savings. Nonetheless the macroeconomic trends in America look more like those that existed in Japan than other crisis-hit countries.”

The Economist, “Worse than Japan?”

“It would be far cheaper, quicker, and safer for the government to just take over every questionable bank. This is the only way we can get the truth about which should be shut down. And the way taxpayers who will be bailing out salvagable banks can ever recoup our costs. Why should any upside gains go to private shareholders who made bad bets or to bank executives and directors who got us into this mess in the first place?”

Robert Reich, “Geithner’s ‘stress test’ for banks, and a stress test for America”

“Last week the Federal Reserve released the results of the latest Survey of Consumer Finances, a triennial report on the assets and liabilities of American households. The bottom line is that there has been basically no wealth creation at all since the turn of the millennium: the net worth of the average American household, adjusted for inflation, is lower now than it was in 2001.”

More: LAT, “Investigation looks into political pressure in bailout distribution”; New York Review of Books, “How we were ruined and what we can do”; NYT, “Data hints at slowing of decline”; LAT, “Global economic crisis called biggest U.S. security threat”; Progressive Review, “Things they don’t tell you about the bailout bill”