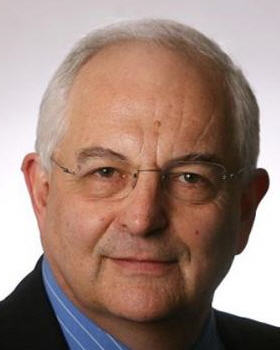 “How much debt is too much?” writes the esteemed Financial Times (London) columnist Martin Wolf. “Nobody knows. But the governments of highly indebted high-income economies–such as the US and UK–think they know the answer: more than today.”

The debt crisis of the 1930s was concentrated in the non-financial business sector, Wolf notes, but “This time.. the big increase in debt was in the financial and household sectors.” Of course these are the sectors targeted most intensively in government bailouts and proposed stimulus measures, but these debt numbers remind us of the major structural impediment that stands in the way of efforts to get banks to lend and consumers to spend: Banks want to hoard capital in the face of their overleveraging, and consumers want to cut their spending and save for the worse times they fear lie ahead. As Wolf points out, the latter reflects John Maynard Keynes’s “paradox of thrift”: The efforts to save mean less demand, less demand means further slowing of the economy and a further collapse of incomes that defeats the effort to save.

So it follows that any response has to take into account both recapitalizing banks (the TARP money, the Federal Reserve’s growing balance sheet) and getting money into the hands of households (the stimulus package). This Washington has done, though hardly in equal measure. The banks have received far more urgent and lavish attention.

Wolf also reminds us implicitly of the basic political contradiction between the wishes of the financial sector and the needs of households. The financial sector wants to recapitalize on the public tab by socializing its losses, and it doesn’t want to relinquish operational control in doing so. This means that future waves of federal money–from TARP and its successors, from the Fed–are likely to go the way of the first round of TARP: on to banks’ balance sheets, mainly, and not into circulation.

The public interest lies in seeing federal money flow down to street level and get spent. This is an argument not only for a hefty stimulus effort but for the temporary nationalization of the banks as well. There’s simply too much debt and too much instability in the credit system to hand money to banks and expect they’ll cycle it through the economy as though conditions were normal. It won’t happen. Using the public funds to buy a controlling interest in troubled banks would ensure that a) money given to banks to lend actually gets lent and b) allow the public to recoup a substantial share of its investment when the banks are sold back to the private sector.

As the stimulus package moves to the Senate this week, we are sure to hear lots of fulminating about Republican obstructionism, and justifiably so. You can blame the Republicans for piling on tax cuts that will mostly result in savings, not spending, but the larger unwillingness to take the steering wheel away from Wall Street is even more dangerous. And thoroughly bipartisan. “Bad bank,” anyone?