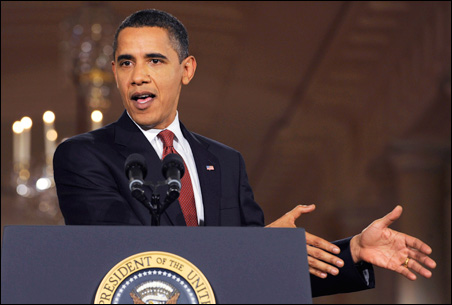 WASHINGTON, D.C — The U.S. Senate narrowly passed the $838 billion economic stimulus bill today with only three Republicans on board and amid criticism from House Democrats over changes to the package that have reduced funding for schools and states.

“I think we have to vote for the best bill we can get our hands on,” said Rep. Keith Ellison (D-Minn.) on Monday. “Unfortunately, I don’t think that the Senate bill is that bill.”

The final vote was 61 to 37, with all the Democrats and three Republicans — Sens. Susan Collins and Olympia Snowe, both Republicans from Maine, and Sen. Arlen Specter (R-Penn.) — voting for the bill.

While the House and Senate versions cost approximately the same amount, they differ significantly in their design — a fact that could slow House and Senate negotiations this week even as President Barack Obama campaigns around the country for the bill’s quick passage.

In broad terms, the Senate version of the stimulus relies more heavily on tax cuts and less on federal aid to states for health and education services, school construction, and home weatherization.

Under the $819-billion House version, for example, Minnesota was slated to receive nearly $1 billion through the state fiscal stabilization fund. The Senate version would reduce that amount by about $550 million, wiping out roughly $400 million of flexible, general purpose, money, according to Curt Yoakum, legislative and communications director for Minnesota Management and Budget. 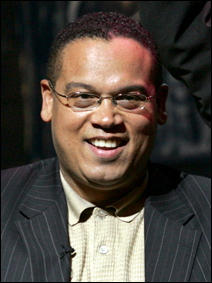 “At this point, we don’t know for sure how much this messes around with our plans,” Yoakum said.

Although Minnesota would receive less through the state fiscal stabilization fund, there are still other parts of the stimulus that would funnel money toward the state.

A state-by-state breakdown of the total amounts that states would receive under the Senate version was not available by Monday night. Under the House version, Minnesota could have received a total of about $4.5 billion.

Cuts hit home in Minnesota
Across the board, however, the Senate’s version reduces the health care subsidy for premiums of people who are unemployed, lowers the number of low-income families that would qualify for the refundable child tax credit, cuts the funding for weatherization services, and does not include $19 billion for school construction.

On Monday night, the change in funding levels weighed heavily on the Rochester, Minn., school board members as they mulled over how, exactly, to cut out $9.3 million in costs without adversely affecting the quality of education at their schools.

Superintendent Romain Dallemand said that he was shocked that the money for schools in the stimulus had been decreased so substantially.

“The difference between our costs and our revenue is $14.9 million,” Dallemand said. “So the stimulus package is vital.”

But, the education funding, along with other spending measures, came under heavy criticism by Republicans and some conservative Democrats this month for not belonging in a bill primarily intended to create jobs and “stimulate” the economy. 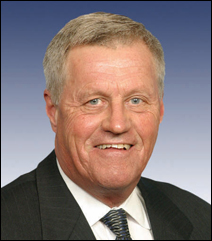 Rep. Collin Peterson (D-Minn.) mentioned the large amounts of education funding as one of the reasons that he voted against the bill that passed the House. The Blue Dog Democrat said that while he did not disagree with more school funding, he thought it should go through the normal appropriations process.

“The education funding may save some jobs, but I don’t agree with it being done in this way,” said Peterson.

‘We cannot get this wrong’
Some House Democrats, however, will be looking to restore some of the funding when the bill is negotiated this week between the House and the Senate.

During an interview with MinnPost on Monday, Walz acknowledged the realities of the legislative process but said that he thought too many concessions had been made in the Senate.

“If it is not a resolution to honor mothers, it is hard to get us all to vote together, I understand the reality of compromise,” Walz said. “But we cannot get this wrong… I think there are some areas where we need to come back and renegotiate and stand firm.” 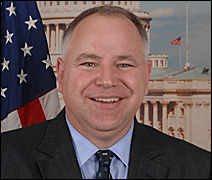 The decreased spending and increased emphasis on tax cuts, including $70 billion to prevent millions of middle-income families from having to pay the so-called alternative minimum tax in 2009, were inserted largely to gain the necessary 60 votes in the Senate.

Under Senate rules, it takes 60 votes to end debate on a bill.

On Friday, Specter acknowledged the criticism over the reduction in spending for health and education programs, but indicated that the perspective was wrong.

Bachmann: Bill misses the mark
For many Republicans in the Senate and House, however, the new bill does not go far enough in redirecting spending and increasing tax cuts.

Rep. Michele Bachmann (R-Minn.) said that the spending priorities were still misaligned with too little focused on transportation and infrastructure. 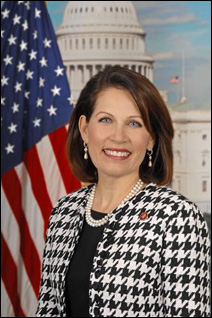 “While it’s nice to see more attention on tax breaks, which makes this package a little better than the House version, the fact remains that for a plan intended to create jobs and boost our economy, the Senate version still sorely misses the mark,” said Bachmann.

Still, as the House and the Senate move to hammer out an agreement this week, certain facts remain the same.

House Democrats do not need any Republicans, or even all Democrats, to pass the bill in the House. But, in the Senate, they need all the Democrats and at least two Republicans if Sen. Ted Kennedy (D-Mass.), who has cancer, votes.

Keeping the moderate Senate Democrats and Republicans happy will thus be the critical consideration during negotiations.

“I would love to get the education back,” said Sen. Amy Klobuchar (D-Minn.) after voting for a bi-partisan amendment on Monday that scaled back education funding, but was key to getting Republican support for the bill. “The issue is, how far can we go up and still retain those… Republican votes, because we can’t do it without them, and that’s just the nature of it.”