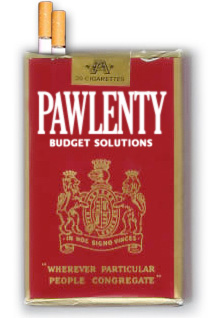 In his budget presentation a few days ago, the governor proposed using “tobacco settlement revenues” to cover about $1 billion of the state’s projected $4.8 billion (and growing) budget deficit.

DFLers clearly believe that this plan to sell bonds backed by tobacco settlement proceeds is Pawlenty at his slickest. They see this idea — hey, it’s just tobacco money — as a way for the governor to continue to say he won’t increase taxes with a plan that passes on costs to future generations.

“This is a major change in public policy,” said Rep. Jean Wagenius, DFL-Minneapolis, during hearing of the House’s Committee on Capital Investment with Pawlenty’s management and budget honchos Tuesday. “The next generation will pay off the debt we incur today.”

Tom Hanson, the commissioner of management and budget and presumably a key designer of the plan, seemed to squirm in his chair as Wagenius spoke quietly but firmly.

“It’s a budget tool to be used in difficult times,” said Hanson. 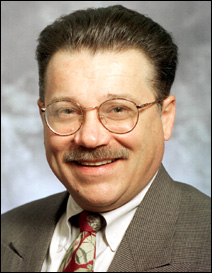 At one point, Rep. Tom Rukavina, DFL-Virginia, started doing what he loves to do most. He started ridiculing the governor, in this case by using the governor’s own words.  Rukavina recalled how a couple of years ago, Pawlenty called an idea raised by the state Senate  “profoundly stupid.”

“This is an incredibly profoundly stupid idea,” Rukavina said.

Rep. Greg Davids, R-Preston, saw those as fightin’ words. He interrupted Rukavina, saying that Rukavina shouldn’t be saying the governor is profoundly stupid.

“I’m just quoting the governor and what he said about our Senate,” said Rukavina, again spitting out the words “profoundly stupid.”

“I’d have reprimanded the governor, too [for that remark about the Senate],” said Davids.

“You’re profoundly fair,” said another member of the committee.

There was a moment of laughter.

But then it was back to hammering the idea. There were questions raised, by DFLers,  about how honestly this plan is being presented. Questions about its legality under the state Constitution that requires a balanced budget. Questions about the basic wisdom of the idea, because sale of bonds to gain $1 billion for today’s budget deficit would cost the state $1.6 billion to pay back over the next 20 years.

There was a steady line of defense of the governor to those DFL questions from Republican legislators at the hearing and from Pawlenty’s spokesman, Brian McClung.

“It’s not ideal,” said McClung of the plan. “But it would help us get through this historic crisis. If the Democrats don’t like the idea, we expect them to identify another $1 billion they’d be willing to cut from the budget.”

DFLers say they will get around to countering the governor’s budget proposal in a few weeks. Almost certainly, their plan will include tax increases.

In 1998, when the tobacco companies settled a suit filed against them by the state and Blue Cross & Blue Shield, the state essentially received two huge piles of money.

There was a $1.2 billion immediate payment. Eight percent of that total was set aside, by the Legislature, to be used for a smoking cessation program that still exists. 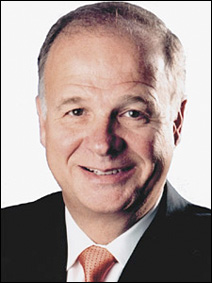 Mike Ciresi, who led the litigation on behalf of the state in that historic case, said that Skip Humphrey, attorney general at the time, came up with the plan for the nearly $1 billion that remained in the lump sum portion of the settlement.  That money, Ciresi said, was set aside in a fund, and the interest from it was sent every year to every county in the state “for children at risk. This wasn’t just for smoking. This was to help delinquents, kids who were abused, everything you can imagine. It was a great program with money that was set wholly apart from the normal budgeting process.”

Ciresi irked tobacco funds ‘stolen’ for budget fix
All that came to a screeching halt in 2003, when Pawlenty and the Legislature grabbed the $1.2 billion and used it to help balance the budget in 2004.

“Pawlenty and the Legislature stole it” is how Ciresi describes what happened to the huge wad of settlement cash.

The budget was balanced. But — pffffft — that hunk of tobacco money was gone forever.

But there is an even bigger part of the tobacco settlement. Based on a formula involving the volume of sales and profitability, the tobacco companies send money — about $200 million each year — to the state’s general fund.

At the time, the total settlement was said to be about $6.1 billion. But Ciresi said that number may be small.

“That was the nominal amount expected over a 25-year period,” Ciresi said. “But the thing is, that part of the settlement goes on forever, or at least as long as the tobacco companies exist. That could be 10 or 12 years. I it could be 100 years.”

It’s half of this pot of money — the $185 to $200 million that streams into the general fund each year — that Pawlenty says he’s using to finance appropriation bonds that would be sold in late summer or fall for about $1 billion.

But that’s a bit misleading. Whenever the governor talks about his plan, he calls it tobacco money. 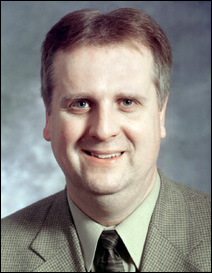 “Call it what you want,” said Hanson, admitting that it’s really not tobacco money that would be used to pay off the bonds.

Rep. Alice Hausman, DFL-St. Paul, chairwoman of the committee, summed up the reason it won’t really be tobacco money being used to finance the bonds: “Tobacco bonds are not marketable.”

Appropriation bonds don’t have that pay-at-all-cost guarantee, but certainly they’re stronger than tobacco bonds would be.

Theoretically, a state could decide not to pay appropriation bonds back. But realistically, the state that made that choice would forever destroy its credit rating. Still, because of the slight degree of risk, an appropriation bond would pay about 1 percentage point more to the bondholder than a general obligation bond.

By any name, we’ve got some rather two-faced marketing going on within the administration. When he’s talking to people in the state, Pawlenty always uses the words “tobacco money” to describe the revenues that would pay off the bonds. But the state will NOT use the word “tobacco” when marketing the bonds to potential buyers.

Semantics, though, represent only a portion of the questions being raised about the Pawlenty proposal.

Though similar appropriations bonds have been sold in 17 other states — with ranging degrees of success — this would be a first in Minnesota. Typically in Minnesota, bonds are used to finance capital projects.

In this case, $958 million of the revenues generated from the sale of the bonds would be used to pay what the state owes to service other obligations.

Rukavina, enjoying himself immensely, recalled how in early December Pawlenty had ridiculed the notion of “using credit cards to pay off credit cards.”

This got Davids wiggling again and talking about how “the DFLers should come up with a plan.”

The plan smacks of deficit spending to a number of DFLers, who questioned whether it even is legal under the Minnesota Constitution, which requires any deficits incurred in a budget to be paid off in the same biennium, not over a 20-year period.  In fact, this plan would require a change in law.

There also were questions about what would happen to the state’s credit rating. Would the sale of these bonds be seen as debt by the big bonding houses and, therefore, lower Minnesota’s credit score?

The answer — from Katherine Kardell, assistant to the management and budget commissioner — is that some bonding houses would see this as debt and  some wouldn’t.

So many questions — but all  from DFLers.

Republicans were mostly quiet, except when upset by the DFLers. 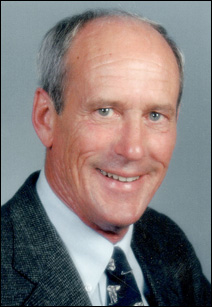 “I hope you’re as concerned about the big deficits of the federal government as you are this,” said Rep. Larry Howes, R-Walker, at one point.

Back and forth they went.

“Give us a better idea,” said Davids.