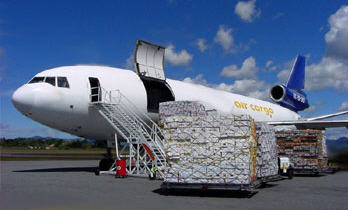 Most media did a fairly responsible job of reporting the 4th quarter 2008 decline in GDP. They noted that while the 3.8 percent contraction was smaller than the 5.5 percent drop most analysts expected, this did not amount to good news so much as a harbinger of bad news that has not yet come home to roost. That’s because most of the difference can be explained by rising inventories, which are really a measure of collapsing demand.

The Calculated Risk blog noticed another ominous sign: an “unprecedented and shocking” fall in air cargo volume in December. According to the CEO of the International Air Transport Association, the 22.6 percent “free fall” in cargo shipments for the month dwarfs anything seen previously: “Even in September 2001, when much of the global fleet was grounded, the decline was only 13.9 percent.”

Calculated Risk, by the way, is an excellent source of numbers concerning economic indicators large and small. Check out their end-of-the-month post from Saturday, “January Economic Summary in Graphs.”

A postscript to those 4th quarter GDP declines