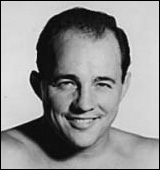 A prominent group of researchers studying the brains of dead professional athletes who were thought to have Alzheimer’s are finding a striking result:  they actually had a different condition, with similar symptoms but a far different cause — repeated concussion injuries leading to brain damage.

National attention focusing on the mental and physical health of  pro wrestling legend Verne Gagne, who attacked a man at a Bloomington nursing home last month, has prompted researchers at the Sports Legacy Institute in Waltham, Mass., to speculate that Gagne’s outburst might be related to the years of punishment he took in the wrestling ring. 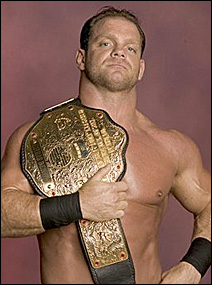 In each case, researchers said, the men actually suffered from a condition known as chronic traumatic encephalopathy (CTE), which has similar symptoms as Alzheimer’s. But its cause is far different — repeated concussion injuries to the head leading to brain damage.

Gagne, 82, attacked Helmut R. Gutmann, 97, on Jan. 26 when both were residents of the Red Pine Memory Loss Unit at Bloomington’s Friendship Village, according to residents of the facility, including Gutmann’s wife, Betty. Gutmann, who suffered a broken hip in the assault, never rallied from his injury and died 20 days later.

The daughter of 82-year-old Gagne confirmed that her father has been diagnosed with Alzheimer’s disease.

Dr. Robert C. Cantu, clinical professor of neurosurgery at the Boston University School of Medicine and a co-founder of the Sports Legacy Institute, stressed that he has not examined Gagne and cannot make a diagnosis on him long distance. He does not know definitively whether Gagne suffers from Alzheimer’s, CTE or some combination.

However, Cantu said that a number of high-profile athletes over the past several years, particularly boxers, have died after being diagnosed with Alzheimer’s. Former heavyweight boxing champions Floyd Patterson and Ingmar Johansson are among the most recent examples. 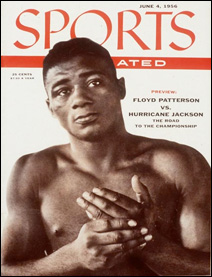 sportsillustrated.cnn.com
Boxer Floyd Patterson on the cover of Sports Illustrated

“I don’t believe for a minute that they died from Alzheimer’s disease,” Cantu said.

The surgeon said that in general, physicians in the United States don’t test for the presence of the toxic protein known as tau, which causes CTE, while doing the brain-stain tests used to diagnose Alzheimer’s. Many times, he said, Alzheimer’s diagnoses are made based on outward symptoms, with no internal brain-stain scans ever being performed.

That means many cases of CTE are never diagnosed, he said. And that is important, because it means that patients are never treated properly, and that potential new drugs to combat or forestall the dementia-related symptoms of CTE are never developed.

What’s more, said institute co-founder Chris Nowinski, CTE is the only preventable form of dementia. “With Alzheimer’s, we don’t know how to prevent it yet,” he said. “With CTE, we know that if you don’t take trauma to your head, you won’t get this.”

CTE is a progressive neurodegenerative disease caused by repetitive trauma to the brain. It is characterized by the build-up of tau in the form of neurofibrillary tangles (NFTs) and neuropil threads (NTs) throughout the brain, according to a press release from Boston University’s Center for the Study of Traumatic Encephalopathy.

Cantu said dead athletes brains they examined were “all littered with tau, and nobody at that age should have any tau in their brain.” 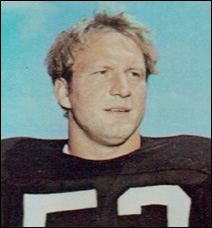 The confusion with Alzheimer’s stems from the fact that Alzheimer’s patients suffer almost identical symptoms to CTE patients, he said, potentially leading to misdiagnoses. “When people get demented in their 70s and 80s, it’s just usually attributed to Alzheimer’s,” Cantu said. “That is not necessarily accurate.”

A dangerous sport
Nowinski, who competed with World Wrestling Entertainment under the name Chris Harvard, said that in his experience as an athlete and researcher, professional wrestling is equally as concussive as professional football, if not more. He noted that Gagne also played football for years as well as wrestling at the collegiate and pro levels.

“So Verne had considerable trauma to his brain,” Nowinski said.

Professional wrestling today is a more high-risk pursuit than it was in Gagne’s heyday, Nowinski said, because the stunts are more dangerous, the athletes better trained and the speed of the action far faster. The trade-off is that wrestlers in Gagne’s day competed in many more bouts and had longer careers. Gagne’s lasted an astonishing 32 years.

“He wrestled for so long that the trauma that he took was very significant,” Nowinski said. “I don’t think we’d be surprised, if we studied his brain, to find it was CTE and maybe not Alzheimer’s.”

Nowinski pointed out that “collision sports” are not necessarily a death warrant for participants, but concussion injuries associated with sports like boxing, football and professional wrestling lead to a higher risk of dementia later in life.

For instance, anytime a professional wrestler undertakes a “back bump,” he will suffer some degree of brain trauma, Nowinski said. An example of a back bump is when one wrestler clotheslines his competitor, forcing the opponent violently to the matt on his back. Gagne would have received innumerable such blows to the head, Nowinski said.

CTE needs to be studied further so that people can properly treat sports concussions and other repetitive brain injuries, Cantu said. “Also,” he said, “we are hopeful that we’ll be able, by studying the problem, to identify who is at risk for it, and what type of screening studies might be done while somebody is still alive to allow us to know they are on their way to it. “

Nowinski said: “All of us that have taken years of blows to the head from collision sports are at risk for this disease. We just don’t know why some people get it and some people don’t.”

‘That was somebody else…’
Whatever the root cause of Gagne’s dementia, his disease seems to have robbed him of what his friends call a warm, friendly and humble personality.

Alan Stewart, a River Falls, Wis., resident, attended Robbinsdale High School with Gagne until 1942. Until two years ago, he participated in bimonthly lunch meetings with a group of classmates that included Gagne.

Stewart was stunned to read that Gagne had attacked Gutmann, and apparently was involved in other incidents at Friendship Village. “This was so far out of character when I read the story, that I was just appalled,” he said. “But that wasn’t the real Verne; that was somebody else.”

Gagne “always had something positive to say,” Stewart said. “He was never into himself. He was always interested in what you have to say.”

Bill Bossert, an Edina resident who played American Legion Robbinsdale baseball and high school football with Gagne in the early 1940s, was a member of the same lunch group. He agreed with Stewart’s assessment of their friend.

“When he would see you across the room in a restaurant, he would get up and yell at you and come over and say hi,” Bossert recalled. “He was always willing to go out of his way to acknowledge you and talk a little bit.”

However, both men said, several years ago they noticed slight changes in Gagne. Though he grew up in Robbinsdale, he started getting lost while trying to find his way to the local restaurant where they met. He had no trouble recognizing his friends at the time, however, and his disposition had not changed.

For a while, a friend drove Gagne to the lunch meetings. But then he stopped coming, Bossert said.

“The fellow who organizes the meeting kept calling him until he finally found out that there was the onset of Alzheimer’s,” Bossert said.

“It’s very sad,” he said. “Especially when he might not even recognize you anymore.”