Last night, I dialed his Skype number, clicked the little video icon and there, staring at me was my old pal Tony Benshoof.

Tony and I go way back. Like 20 years. (Gulp.) And he’s still doing what he started doing on a grassy hill near the Mississippi River when he was a 13-year-old kid from White Bear Lake.

You know, sledding down an icy hill in a spacesuit — feet first, gliding up and down the sides of frozen walls.

And I’m sort of doing what I was doing then: chasing Olympic athletes who, often, compete in oddball sports.

• Does a sport – luge — that few Americans know or care about, but that’s huge in places like Austria, Latvia and Germany. Check.

And Thursday night, he was in another hotel room, this time in Calgary, preparing for yet another World Cup event, before heading to Vancouver next week to race on the 2010 Winter Olympics luge run.

That’s why we were Skyping last night. It’s one year to go to the 2010 Winter Games. 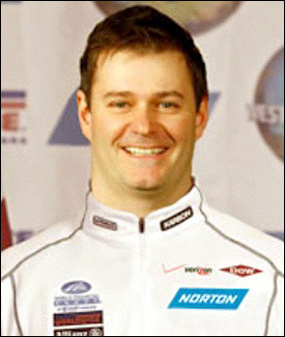 Courtesy of USA Luge
Tony Benshoof: Aiming for Games No. 3

Benshoof, who will turn 34 this summer, wants to be there. Badly. It would be his third Winter Games.

But in an unusual task for a luger, Benshoof will have to climb uphill rather than slide downhill.

On Dec. 26, Benshoof underwent back surgery. Back problems are a common occurrence for lugers, who jerk their lower backs violently each time they start their sleds at the top of a run.

“We’re in a seat position and rock back really hard,” Benshoof explained. “It took its toll.”

Long climb back from back surgery
His herniated disk, which seemed to pop for good in December, was preventing him from walking. He lost much of the feeling in his right leg. He underwent surgery in the Twin Cities Dec. 26.

By last weekend, at the luge world championships in Lake Placid, Benshoof was back competing. He finished a disappointing 18th.

His effort was diminished by the fear of throwing out his back again.

Next week, there’s another World Cup in Vancouver on the Olympics track. If Benshoof would finish in the top five, he’d automatically qualify for the U.S. team.

That’s a big stretch right now. He’s got to get back into tip-top shape. That will likely take all of next summer.

But, as we said, Benshoof dreams.

Or is he a fellow with that dreaded illness “OICQD” ?

Here’s a 30-something guy who’s been lucky to make $30,000 a year as a winter sport vagabond, hanging out in frozen mountain villages, competing against guys named Armen, wearing Lycra outfits while roaring down the sides of mountains at 80 miles per hour.

He’s got a business degree. He could enter the real world.

“Why, Tony, why?” I asked through the magic of web video.

Well, I knew part of the answer before I asked.

He’s good at it. He’s the most decorated male luger in U.S. history with 37 international medals in various World Cup competitions. He’s in the Guinness Book of World Records for fastest luge speed at nearly 87 miles per hour.

And then there’s what happened at the 2006 Torino Winter Games, his second. Maybe you remember. Maybe you never knew.

As the sun went down on the hill at Cesana Pariol, outside of Torino, exactly three years ago Thursday, Benshoof almost became the first American male to a win a luge singles Olympic medal.

He finished fourth by 0.153 seconds, less than two-tenths of a second, just behind one of those ubiquitous Latvians.

“The blink of an eye,” he said then. “It’s hard to believe that I judge my life on that small of a time frame.”

His back has bothered him ever since, before finally popping in December. When healthy, he’s still the best U.S. man and three will get to Vancouver next year.

But what happened that night in Italy hangs over him.

“It’s like a fuel,” he said. “I was so close in 2006, as close as anyone has ever been. It’s hard to imagine, but I was convinced I had that damn medal. I was absolutely convinced … I want to make history. That’s really why I’m still doing it. I just need a glimpse of speed and some good steels. Hopefully, I’ll prove everyone wrong.”

Good steels refers to the runners on his sled.

“It’s boosted team morale a little bit,” Benshoof said. “I don’t know what made me happier, her winning or the Germans losing.

Because of the wonders of video chatting, I noticed some bruises on Benshoof’s otherwise handsome face. He had a cut on the bridge of his nose, and there was a mark on his left eyebrow.

Well, not exactly. He woke up the other day in Calgary, headed to the bathroom and walked into a door.

“I was bleeding all over the place,” he said about the six stitches the gash required. “It looked like a Stephen King novel.”

This guy has got to stay on his luge. It’s safer. It might get him back to an Olympics. That’s the goal, one year from now.