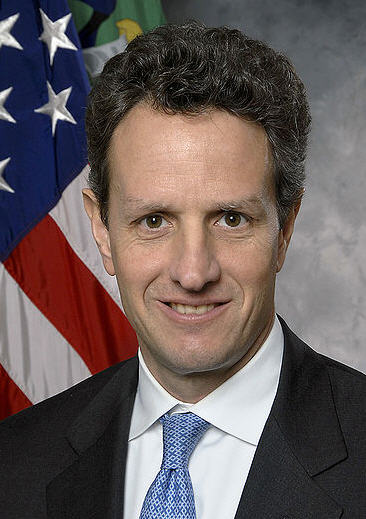 Have you heard? The stock market has rallied and everything’s going to be all right. That’s the consensus of some of the best-dressed cheerleaders in America after yesterday’s announcement of the Geithner cash-for-trash plan spurred a 6.8 percent increase in the Dow and a 7.1 percent gain in the S&P 500. “Obama and company started paying attention to the stock market,” the chief investment officer at Chicago’s Harris Private Bank told Bloomberg News. “They knew they had one shot at this, they took a big swing and I think they hit the ball out of the park.” In the words of another money manager, “Maybe practice makes perfect. Another few days like this and [Geithner]’ll be a great hero on Wall Street.”

There’s even talk of a new bull market in the offing, which some of the more sober analysts–killjoys!–are dubbing “premature.” “Loony” might be a better word. Why wouldn’t major market players like the Geithner plan? It’s an invitation to a fresh round of speculative activity. Private investors are in a near-risk-free position; the government is willing to front them about 95 percent of the purchase price of banks’ most dicey assets. And if buying up those assets proves to be a bad bet, the losses on those government loans will be footed by taxpayers.

The premise of the Geithner plan, and of the Obama administration’s whole bailout strategy, is that the financial crisis is all just a big misunderstanding–a classic market panic, and not the collapse of a huge asset bubble. The banks are not really broke as a result of years of insane lending. Their assets are not really over-valued; in fact they’re undervalued. All it will really take to restore the good old days is a great big shot of confidence.

But if we are experiencing the collapse of a bubble, as most economists now believe, then the Geithner plan is simply an effort to reinflate it. And the real problem–a few trillion dollars worth of bad debt that needs to be expunged from balance sheets–goes largely untouched even as we throw staggering sums of good money after bad.

Simon Johnson and James Kwak, the co-founders of the Baseline Scenario blog, have an essay in today’s LA Times that splashes cold water on the Geithner plan:

First, the subsidy may not be sweet enough to close the deal. According to one analysis, a specific mortgage-backed security was held on a bank’s books at 97 cents, while its market price was about 38 cents. Even if you limit the buyer’s potential loss to the capital he put in, it’s unlikely he will raise his bid from 38 cents to anything near 97 cents.

Second, there is a “lemons” problem, also known as adverse selection. Even with a reasonable degree of disclosure, the selling banks will still know more about their assets than the buyers. The banks will be trying to dump their most toxic assets (their lemons); the buyers, fearing exactly this behavior, will reduce all their bids accordingly. This will make it harder for buyers and sellers to meet.

Third, there are political pressures, which have multiplied recently. For this plan to succeed, it has to offer private investors both upfront subsidies (cheap loans) and the long-term prospect of high returns. Both of these will be broadly unpopular with the public, especially given general attitudes toward hedge funds and private equity firms. Any attempt to limit the upside for the private sector has, apparently, been vetoed by potential investors. And that will make it look and feel like a taxpayer shakedown.

Johnson and Kwak favor the solution that V.V. Chari discussed here last week: bankruptcy reorganization for the big banks. In other words, deal with their problems by writing the bad loans off the liabilities side of the ledger rather than injecting endless quantities of cash on the assets side.

While Wall Street was exulting yesterday, what was happening in the world outside the trading floors?

China was broaching the subject of supplanting the dollar as the world’s reserve currency. Europe was continuing to balk at stimulus spending. The Obama administration was watching its political capital for undertaking future bailout measures drop to dangerously low levels. And U.S. commercial real estate was showing further signs of following residential real estate down the toilet.

‘He’s in custody!’ Surveying the scene Friday in south Minneapolis

A Minnesota task force on policing recommended 28 reforms for deadly-force incidents. After George Floyd, will its report get a serious look?