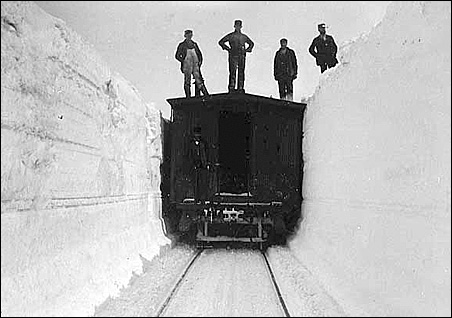 And the city’s library director, Melanie Huggins, is a finalist to run a county-wide system in her home state of South Carolina.

Is it a coincidence that both high-level public officials are thinking “south” while we’re struggling to get over another long bout of winter here in the northland?

Our winters can be a factor in employment, says Chris Ohlendorf, a partner in the Minnetonka-based McKinley Group, a national recruitment, or headhunter, firm.

“It’s apparent to me, after doing this for 14 years, that Minnesota is one of the hardest markets to get someone to move to,” Ohlendorf said.

“On the flip side, it’s one of the hardest markets to get someone to move from,” he said. “Our Midwest culture, Minnesota nice, those things are all real. Although, if you live on the coasts, you’ll have a different pace, a different culture, and not buy into it.”

Carstarphen has long been a warm-weather woman: college in New Orleans, master’s degree in Alabama, (OK, Ph.D. at Harvard, where they do have winter), and jobs in Tennessee and Washington, D.C., before coming to St. Paul three years ago.

For Huggins, Columbia, S.C., is her hometown.

(Of course, in both cases the Southern jobs pay more and involve bigger systems, too.)

But Ohlendorf said he’s learned that culture and climate are important factors in job satisfaction.

“If we’re looking to fill a job here, we always prefer to find someone who’s already here. It saves money for the employer, too, and is logistically easier. If we can’t find someone already here, we look for similar cultures and geography, someplace like Chicago, Milwaukee or Detroit, where they have a real winter,” he said.

For some jobs, though, you have to go outside the region — urban superintendent, maybe? — and then you do have to deal with the winter woes.

Ohlendorf said some employers don’t want to bring prospects here to visit in February, afraid they’ll be scared away by the cold and snow. But he’d rather face it head-on, with boots laced and parka zipped up tight.

“If you try to gloss it over, and they come on board and really hate it, you face flight risk,” he said. “You don’t want them coming on false pretenses.”