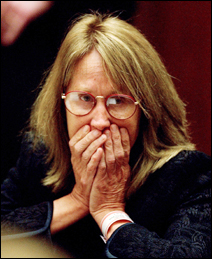 Don’t send Sara Jane Olson back to Minnesota! That statement has made dandy political theater, garnering a number of headlines for Gov. Tim Pawlenty and other state Republicans.

But it’s been a little weird, had no perceivable impact on events and, some say, completely sidestepped the whole issue of forgiveness.

This morning, the California Department of Corrections released the 62-year-old Olson from prison, announcing that she would be sent to Minnesota to serve one year on parole.

She has spent the past seven years in prison for her part in a 1975 Sacramento bank robbery that led to the death of a woman and also for her attempt to place explosives on Los Angeles police cars. During those turbulent times in the nation, she was a member of the Symbionese Liberation Army (SLA).

Olson case touches on range of sensitive issues
Depending on your point of view, this whole case has touched on grandstanding, vengeance, a support for law and order, and forgiveness.

But start with this:  Sending released prisoners back to their home states to serve out the parole portion of sentences happens all the time. But those cases seldom — if ever — make headlines.

The Olson case did become headline material because first the Los Angeles and St. Paul police unions and then Republican political leaders grabbed hold of it and asked California Gov. Arnold Schwarzenegger to require Kathleen  Soliah (Olson’s birth name) to serve her parole in the state where she committed the crimes.

On Monday, Pawlenty sent a letter to Schwarzenegger asking him to intervene. The California governor, through his spokesman, said he’d let his state’s department of corrections handle things. 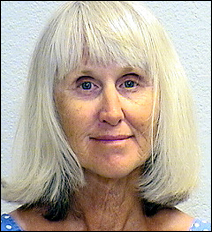 It was Rep. Laura Brod, R-New Prague, who got the political ball rolling Monday when she asked the Minnesota Legislature to go on record opposing Olson’s return. Her efforts were blocked by procedural votes.

Was this simply a grab for media attention? After all, even Brod admits that Olson presents little risk to the public on her return to the St. Paul neighborhood where she lived for 20 years with her husband and now-grown children.

Is there no room for forgiveness now that Olson has served her debt to society?

“Forgiveness is a separate issue from where she serves her time,” said Brod. ” … This case is different because it involves domestic terrorism and threats to law enforcement. Minnesota is not her home. Minnesota is where she hid from justice.”

As for the risk she poses, Brod said, “This isn’t about risk. This is about asking fellow lawmakers to stand up for law enforcement.”

Forgiveness vs. retribution?
Sen. Gary Kubly, DFL-Granite Falls, is the one legislator who did not duck the challenge posed by Brod and Pawlenty. He is a Lutheran pastor, and he believes forgiveness must be a consideration for all of us. What he heard when he listened to Brod and the governor was a call for “retribution.”

“It pushed my hot button,” said Kubly of the efforts to prevent Olson from returning home. “She led an exemplary life here [in St. Paul] for 20 years. This is where her family is. She’s paid her debt to society … We get into making all sorts of judgments. This person deserves forgiveness. This person doesn’t deserve. The truth is, we all need it.” 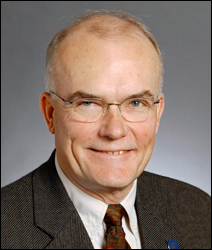 Kubly admits, with a smile, to being perplexed by the theology of Pawlenty, a regular church attender.

“I felt like if his church is supporting his position on this, then, he ought to find one that doesn’t,” said Kubly.

The governor’s office did not respond to requests for comment on the Olson parole.

Of course, at its root, this is a case about law, not theology. Under the federal Interstate Compact for Adult Offender Supervision law, Olson’s petition to serve her parole in Minnesota, with her family, is not at all unusual.

States’ parole exchanges business as usual
According to statistics from the Department of Corrections, Minnesota currently has 11 of its released parolees in California, including three who were convicted of second-degree murder in Minnesota and one convicted of criminal sexual conduct in the second degree. In other words, crimes most of us consider brutally serious.

Meantime, California has released four of its people from prison to serve out paroles in Minnesota. One of those served time for “inflicting corporal punishment,” one for a drug crime, one for driving while intoxicated and one for burglary. Serious crimes, of course. But crimes most of us would not rank with murder and rape.

Overall, Minnesota is hosting 377 people who are on parole after serving sentences in other states, while 242 people who committed crimes and served time in Minnesota are now parolees elsewhere.

When you mix in people on probation, Minnesota sends out far more people than it receives, 2,276 to 1,214.

(Probation may include jail time, but not prison time, and also include other sanctions, such as fines and community service. Parole is the term that describes supervisory conditions placed on someone who has served prison time.)

So what do these numbers show?
“They show that Sara’s case  is all political symbolism and nothing more,” said former Minnesota Human Rights Commissioner Stephen Cooper, who 10 years ago helped direct a drive to raise money for Olson’s bail. “It’s also about cheating with the rules. These people want two sets of rules. One that applies for people involved in hot-button issues. The other set of rules for everybody else.”

Of course, Olson’s case pushes all the hot buttons. When she finally was discovered by the feds and during her trial, Olson did nothing to help her own cause. She expressed no remorse. Her California attorneys did little to help her. They were more interested in making political statements than helping their client.

Ramsey County determined that she fit the requirements that mandate her parole could be served in St. Paul. (Ramsey County will provide parole services.) The state’s department of corrections concurred with Ramsey County’s investigation. And as of today, Olson is headed back to her old St. Paul neighborhood.

In announcing that Olson had been released and would be on parole in Minnesota, the California Department of Corrections added this: “Studies have shown that family-based reunification is an evidence-based indicator of protecting the public by decreasing recidivism.”

That’s why those leaving prison are often sent back to their homes, usually without any of us noticing.